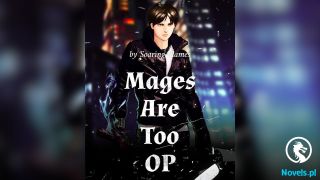 The devastation still left behind random vestiges. For example, a stone house within a hill could still be seen.

It had a natural feel to it as if it wasn’t carved by men but was already there in the first place. It was easy to miss due to the dense foliage and weed taking over.

Li Qiye waved once and the unnecessary decorations disappeared from sight, revealing the true appearance of this house.

Above the entrance was an ancient character not belonging to this epoch. Its meaning was, Wu.

He entered and saw how simple it was, only having one room. There were no other household items. Of course, they might have rotted away after the years.

The one thing that was left was a bed slightly resembling a coffin without a lid. There was a chiseled hole nearby, seemingly used for incense sticks instead of storage. All in all, this appeared to be a grave. Nonetheless, it didn’t feel gloomy at all.

Li Qiye waved his hand again and got rid of the dust. The place became spotless and he sat down on the side of the bed.

The surface was coarse outside of one spot. It wasn’t due to polishing but rather, an unreasonably long period of someone sitting there.

“Buzz.” He placed his hand on the bed and a spiral of light drilled into the ground. This gave the impression of the bed being connected to something deeper. However, the beam suddenly stopped as if the connected passage was no longer there.

Having said that, he raised his hand again and broke the illusion.

“Clank! Clank! Clank!” Energy slashes suddenly appeared with enough force to sever anything. This was a tyrannical saber style - the mark of a cultivator being invincible as long as he had a saber in his grasp.

“Heaven Traversing Eight Slashes.” Li Qiye murmured while observing the room. He put his hand down and the room became normal again.

A cultivator had left an eternal saber intent in this place. This person was obviously gifted in this art. The intent remained after eras and had embedded itself into the fabrics of reality.

It’s just that regular cultivators couldn’t notice or sense it in the slightest. Only top masters or supreme geniuses could take note of this. Of course, Li Qiye had exceeded these two categories.

The saber user left behind this room as a method to record their saber art. Anyone would be ecstatic to find it.

Once finished, they might not become unbeatable but would wield enough power to roam the world untethered.

The current Li Qiye wasn’t interested in this saber art because he had it before. He obtained it not for himself but for someone else. Another memory resurfaced in his mind.

He sat down on the stone bed and started meditating, piercing through time and space. It was an old era with entities known as earth immortals. Everything seemed so distant yet so close.

This state continued for some time. Today, a group consisting of both young and old cultivators arrived outside the stone house.

They wore the same uniform with a “Wu” emblem. However, this character was different from the one embedded above the door.

“We haven’t been here before, right?” A middle-aged man looked around and asked.

“Yes, not this trip. I’m not sure about any previous one.” The others also perused the area and agreed.

“Let me check the records.” Their leader, an old man wearing an embroidered robe, took out an ancient book with immaculate handwriting.

He flipped through the pages carefully then shook his head: “Don’t think we’ve been here before. Either that or no one spotted anything peculiar.”

“We might have but I’m sure this stone house wasn’t here before.” A decrepit elder seemingly on the verge of death said.

“How? Was it built recently?” A disciple found this strange.

“Another possibility is that its veil has been lifted.” The elder responded.

“What do you mean, Clan Master?” Others got closer.

The clan master flipped to one page with a particular ancient character, Wu.

The group looked up above the entrance and saw the same thing. Alas, they didn’t recognize it.

“It must be our clan’s oldest emblem.” The near-death cultivator said.

“I agree with Wise Ancestor’s opinion.” The clan master said.

“Could it be, an ancient ancestor from our clan?” One old man became emotional.

This sentiment spread among the group with haste. Because of this possibility, the clan master tidied his outfit and wiped away the dust.

The group also copied him and patted away any impurities while putting on a dignified expression.

The others nodded and became solemn.

“We are members of the Wu, here today to pay our respect, Forefather. Please grant us the honor of an audience.” The sect master said respectfully then bowed.

The others bowed as well.

Unfortunately, no one responded. Li Qiye didn’t open his eyes while sitting on top of the bed.

Meanwhile, the group continued kneeling. As time passed, they finally looked up.

“What should we do?” A youth became impatient.

“Should we enter?” An older peer suggested.

The clan master contemplated then looked at Wise Ancestor who nodded at him.

“We’re entering, do not be rowdy and rude.” The clan master ordered quietly.

The young ones put on their best attitude with haste.

“We wish to enter, please forgive our impoliteness, Forefather.” The clan master bowed his head one more time.

With that, he took a deep breath and entered the house with Wise Ancestor right behind him.

The young ones followed next, trying their best to not make any noise. They believed that an ancient ancestor from their clan might be in there.