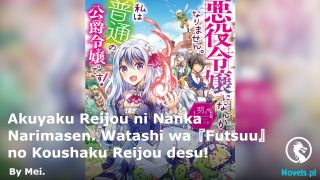 She contemplated before answering: “Father is under watch in a heavily-guarded prison in Phoenix Ground, it’s quite hard to enter.”

“Not even a heavenly prison can stop my pace, it’s fine.” He chuckled.

“Of course.” She didn’t question his ability because he managed to understand the roost, something numerous sages have failed before.

“Father has praised your matchless ability before.” She went on: “However, just saving Father won’t do anything about the chaotic situation in Phoenix Ground.”

“That’s not my problem, but go ahead and tell me your plan.” He shrugged.

“I thought about finding our ancestor and asking him to stabilize the issue.” She revealed.

She smiled wryly and shook her head: “You think too highly of me, Young Noble. A regular disciple such as myself can’t ask the demon god for help. Even if I want to, I’m afraid no one in the sect knows where he is. Communication is lost unless he wants to show himself.”

Nine-tailed God was Dragon’s strongest and most talented ancestor. However, unlike his peers, he didn’t bury himself or live reclusively in the sect.

In reality, he hasn’t shown up for a very long time now. No one in Dragon had a clue if he was actually dead or alive.

Rumor has it that he preferred traveling the world and could appear anywhere in Eight Desolaces. Outsiders actually believed that he was still residing in Dragon, it’s just that his disciples had no idea about it. Of course, some also believed in his demise from running out of lifespan…

All in all, no one in Dragon could contact him. Jian Qingzhu knew that if he were to show up, he could take care of the internal problems in Dragon with haste. No other ancestors could oppose him.

“I’m thinking about asking an ancient demon ancestor for help. With his help, it should be enough to quell the current turmoil.” She said softly.

She was wise enough that saving her father alone wouldn’t solve the problem. Li Qiye’s involvement would only result in a massacre and exacerbate the situation. Thus, she needed a powerful and prestigious ancestor on their side to stop Peacock Monarch from pressing further.

“He is a senior known as Ancient Pheasant from our Phoenix Ground, most likely the strongest demon king we have.” She explained.

Ancient Pheasant was one of the three ancient demons of Dragon and had enough prestige to stop Peacock Monarch.

Thus, this was her goal to stop the current issue in Phoenix Ground and prevent Peacock Monarch from causing more trouble.

“Go for it then.” He didn’t mind because, in reality, Dragon was powerless to stop him.

“Please escort me, Young Noble. You don’t have to worry about the others because they are safe right now.” She added.

“Sounds like you have no idea where this Ancient Pheasant is then.” He chuckled.

“Yes.” Jian Qingzhu smiled wryly and admitted: “Father only gave me one possible location but the ancient ancestor might not actually be there. However, many fellow sect members are looking for me so I alone won’t amount to much.”

She stared at him, looking both cute and pitiful. Others would find it hard to refuse.

“Your cute expression might not be enough to make me want to be a hero.” He said.

“I am alone now, Young Noble, and can do naught if the ancestors pursue. Please protect me.” She bowed deeply.

She needed his help because Peacock Monarch was in charge right now and wouldn’t let her easily save her father.

He certainly sent experts after her. She could take on many of them with the exception of the top ancestors.

“Fine, since we’ve met through fate and I enjoy your intelligence, something rather rare these days.” He accepted since this didn’t require any effort.

“Let’s go find this Ancient Pheasant then.” He said and headed for the roost’s exit.

“Young Noble, from what I know, he is right here in the city.” She hurriedly gave chase, aware that the chance for success was high after gaining his protection.

However, the moment they left the roost, they immediately met pursuers despite her using a secretive passage.

In the past, no one would dare to touch her in Phoenix Ground. After all, her father and clan were in charge.

Now, an old demon led a punitive force towards them. He had a long pair of arms reaching his knees. He had a hairy human body and a monkey head. Though he was up there in age, he was still spirited with a bright pair of eyes.

“Monkey King.” She took a deep breath after seeing him.

He was the strongest regular ancestor from Phoenix Ground, Long-armed Monkey King. He was not from their clan but still wielded ample authority.

It was clear to her that her clan’s ancestors were being held up by something. That’s the reason why her father got captured.

“Little one, come back with me.” The monkey demon said calmly.

She firmly shook her head: “I’m afraid I can’t follow your orders, Monkey King. I have not done anything wrong.”

“The sect master has ordered for the members of the three branches to return.” He insisted.

“I have yet to leave the city so how can I return?” She retorted.

“Bear King…” Her eyes narrowed after seeing the large demon - the master of Sky Eagle.