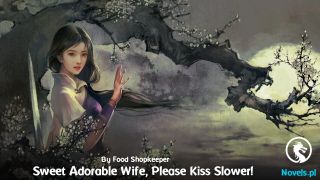 “Why are you looking for me?” Li Qiye smiled.

“Well… Young Noble…” The old daoist rubbed his palms and let out a hollow laugh: “I improved after just a little pointer from you, so I’m seeking for more…”

His eyes were full of sincerity and eagerness as he stared at Li Qiye. Back at the island, Li Qiye casually helped the guy and his cultivation soared like the wind. His comprehension of the dao greatly improved as well.

He suddenly felt a resonating connection with the ancestral sword that he has been carrying around for years. It seemed to be awakening.

This made him ecstatic and aware of Li Qiye’s involvement. Moreover, what Li Qiye gave him didn’t conflict with the merit laws of the sect. The two seemed to have the same source and worked together in unison.

His cultivation increase was smooth and unhindered, akin to an ocean accepting all rivers. He underwent a substantial change so he woke up from his slumber. Because of this, he didn’t mind traveling the long distance to find Li Qiye for more help.

Nonetheless, this was rather awkward for him since he tried to recruit Li Qiye to be his disciple. He even swore that he would pass the courtyard down to Li Qiye.

Now, the latter has become the richest man in the world, not to mention the guy possessing more knowledge of the dao than him. Alas, he ignored all of this and still wanted more guidance.

“I have nothing to teach you.” Li Qiye shook his head: “I merely pushed the boat with the current, nothing more.”

“?” The daoist didn’t understand. What Li Qiye did was better than him spending thousands and thousands of years in training.

“Your improvement is from your previous accumulation and hard work.” Li Qiye smiled: “Imagine a boat stuck on the shore of an ocean with a strong current. What I did was push you back into the water and let the waves take you. These waves were strengthened by your past effort, hence the high level of effectiveness.”

The daoist fell into silence as he thought about it. Yes, the process was indeed smooth and perfect. He had no problem at all despite gaining guidance from an outsider.

Was Li Qiye telling the truth? Was it just a simple push?

“What, what should I do then?” The daoist rubbed his head, confused.

“I see…” The daoist murmured while memorizing Li Qiye’s words. He had indeed done all of this in the past, living a simple life and not worrying about anything.

He found satisfaction in this. The sect merit laws never required swift improvement. They lived just like mortals without the fear of early death.

Li Qiye waved his hand and said: “Stay, the team needs a lazy and unmotivated person such as yourself. You may ask me whatever questions you have later.”

He clearly favored this daoist, allowing him to stay without any demand.

“Thank you!” The daoist had no plan of a return trip yet so this was perfect. Now, he got to stay with the world’s richest.

Their conversation stopped here since a beauty entered the restaurant.

“Young Noble.” She bowed her head towards Li Qiye. It was none other than Ning Zhu who has been away.

Her expression was sad only for a moment before she answered: “Yes, I’ve met my master. They will fight during the next full moon at Lakeshine Peak.”

She quietly nodded while feeling sentimental inside. The last meeting might have been the last.

The battle was unavoidable since Ninth would never give up. There were methods of defeating Ninth. For example, asking Li Qiye for help.

However, her master was a prideful cultivator and wanted to have a fair fight against Ninth. This was a way to maintain his dignity and the reputation of Wooden Sword.

In reality, he wasn’t confident at all but dodging the challenge was not an option.

She understood her master and never tried to persuade him. She bid farewell, knowing that it could be their last conversation.

The battlefield was actually at Cloud Dream Lake. She came in order to witness the battle. This was her responsibility as his direct disciple despite how hard it would be.

Lakeshine Peak didn’t belong to any other eighteen islands. There were no bandits here either.

It was a peak surrounded by water, looking like a sword piercing the sky. The perilous cliffs were steep and virtually impossible to climb.

The news of their battle had spread so many cultivators came to watch. Pineleaf Sword Lord was one of the Six Sect Masters, well-respected and known for his sword dao.

On the other hand, Ninth didn’t need a long introduction. Everyone knew about his dao pursuit and the murderous nature of his sword.

“Ninth is improving rapidly.” A spectator took a deep breath and felt dread.

“He killed Wavesplitter Clan Master recently, now he’s challenging Pineleaf Sword Lord who, in my opinion, should be second place among the six, only behind Terra Sword Saint.”

Wavesplitter Clan Master was also one of the Six Sect masters. His saber art was also famous.

That fight had no observers. This was the request of Wavesplitter Clan Master. Perhaps he didn’t want others to see his defeat.

Ultimately, Ninth did indeed kill him and instantly issued a new challenge. This should be a sign of his growing power.