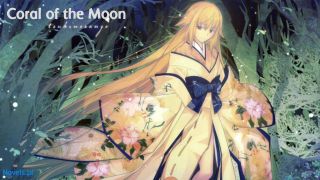 The suspect was very important, but the nuclear warhead was even more important. Every day it wasn’t found left everyone in Ubei uneasy. They were afraid that they would be blown to kingdom come in their sleep one day.

The nuclear warhead has actually gone missing. This problem seems to be getting worse… Could it be that the person in Room 214 is really just a middleman? He delivered the nuclear warhead to the buyer before martial law was implemented two to three days after he was sent to the hospital after having his antihypertensive drugs stolen? But if that’s the case, why did he hack into the radio system and plan such a ‘game?’ Was he really sure that the buyer had a tacit understanding with him to use the opportunity to send the nuclear warhead out of Ubei? He still maintains a connection with the buyer despite martial law? Questions flashed through Jiang Baimian’s mind.

At the same time, she realized that the few Ubei Public Security Council members were looking at her and Shang Jianyao with slightly complicated expressions.

Jiang Baimian’s heart palpitated as she scoffed. “Don’t tell me you suspect that we took away the nuclear warhead?”

“We can’t rule out that possibility.” The person who replied wasn’t from the Public Security Council but the ‘mole,’ Shang Jianyao. He seriously said, “After all, only us and the suspect—God knows if he’s the real suspect—were at the scene.”

Jiang Baimian glared at him. “When we moved in, the hotel manager and many guests’ memories regarding the antihypertensive drugs should’ve been vague. This can be verified. If he didn’t have a guilty conscience, why would he do that?”

Back then, the Old Task Force had just settled down in the Ashlands Hotel when martial law began. The person in Room 214 had already returned from the hospital by then. Of course, he had just returned. Otherwise, he would’ve had a chance to leave before the army entered the city. He would’ve been like a fish jumping into the sea, a bird flying freely in the sky.

“To hide the price he paid.” Shang Jianyao smiled and stroked his chin.

Whoa, you’re playing brain stimulation games with me? Jiang Baimian thought for a moment and said, “Then, why did he only simply fade the memories without fabricating brand-new memories and implanting them in people to completely cover up the antihypertensive drug matter?”

Shang Jianyao’s eyes flickered. “This is because the target also knows that he had been hospitalized for two to three days and that there was a high chance that this matter has already spread. After all, this is also considered a strange story. Furthermore, he had just shown that he couldn’t flip through the target’s memories or do so accurately. Therefore, without the ability to trace the matter back, he didn’t dare to implant new memories into the hotel personnel to prevent them from discovering a huge conflict in their understanding of the situation when communicating with certain people in Ubei. In such a situation, ‘not remembering clearly’ is a better reason and excuse.”

Jiang Baimian laughed and asked, “Since there’s no way to completely erase the matter regarding the antihypertensive drugs, why did he muddle the hotel personnel’s memories? From the perspective of an attempt to hide his own price, there’s no need to do so.”

Shang Jianyao fell silent for a few seconds in deliberation before saying, “He wants to control the spread and the intensity of the discussion so that nobody can guess his price before he leaves Ubei.”

“The price is a lifelong matter. If he tries to keep it under wraps, it will only result in some hotel personnel guessing his weakness later and selling this as important information,” Jiang Baimian said confidently. “I agree that the target wants to control the spread and the intensity of the discussion, but a more reasonable explanation is that he hopes to escape Ubei before the Salvation Army notices this.”

Shang Jianyao was stunned before he clapped.

Their ‘internal strife’ made Ding Ling and the people from Ubei Public Security Council look at each other. They inexplicably felt like they were questioning their existence.

Only Genava wasn’t surprised and even showed signs of wishing to join in.

“Ahem.” Ding Ling cleared her throat and said, “Your debate, the clues we gathered at the scene, and the feedback from other places have allowed us to preliminarily confirm that the deceased is really involved in the theft of the nuclear warhead.”

Furthermore, there were computers and some equipment at the scene. After extracting the data and logs on them, it was very easy to restore some of the truth.

Jiang Baimian steered the topic back on track and said to the Ubei Public Security Council members, “There are surveillance cameras installed in many places in the hotel, and there are many witnesses at the scene. They can all prove that we haven’t left or moved any items out after entering this room. We clearly can’t hide a nuclear warhead on us, no matter how miniaturized it is.

“Right, witnesses might be affected by an Awakened’s abilities. But with your Salvation Army’s strength, it’s very easy for you to find a way to break the corresponding control when there’s a need. If—if you still don’t believe me, you’re welcome to conduct a body search. You’re welcome to search our rooms and our cars.”

She was indeed very frank because the Old Task Force had never seen the nuclear warhead. There was nothing to fear with a clear conscience!

As for the part about how she had seen through Room 214’s true identity and how she had dealt with him by surprise, it was only related to lying, obfuscating, and hiding the abilities and items of hers and Shang Jianyao’s. Even if the Salvation Army later discovered this problem and found the truth, they could definitely understand her.

This was every Awakened’s instinct.

Besides, the misdirection didn’t change the essence of the matter, nor did it affect the Salvation Army.

The leader of the Ubei Public Security Council members nodded. “We’ll find surveillance footage and witnesses to determine the situation. As long as you are really innocent, our Salvation Army won’t randomly search your items.”

In any case, we have to undergo a detailed search when we leave the city tomorrow, right? Jiang Baimian criticized inwardly.

The Ubei Public Security Council member looked around and said, “You can return to your rooms now, but you can’t come out until you obtain permission.”

“No problem!” Shang Jianyao had a sense of belonging to the Salvation Army after all.

After the door closed, Long Yuehong frowned. “Where did that nuclear warhead go?”

He firmly believed that the person in Room 214 was related to the nuclear warhead theft and played a relatively important role.

“I want to know too,” Shang Jianyao replied truthfully.

The ruthless Shang Jianyao then smiled. “There are only two possibilities: First, the person in Room 214 is indeed a lunatic. He has already installed the nuclear warhead somewhere in Ubei, fixed the detonator, and set up the corresponding instructions. Once he’s evacuated from Ubei and is in a safe area, he will remotely detonate it to create a massive fireworks show.

“Second, he’s the middleman—or rather, he has an accomplice. Before he returned to the hotel, he had already handed the nuclear warhead to the other party. He created the game to create an opportunity for his companion to leave Ubei safely with their items.”

Bai Chen pursed her lips and said, “Since we’ve found the target, the Salvation Army will definitely be able to quickly and partially figure out his origins and what kind of person he is and determine if he’s a psychopath who enjoys destruction. As for the second possibility, this has a very high requirement for the tacit understanding between companions. It has to be known that the person in Room 214 returned to the hotel before martial law began. In other words, when they were exchanging the nuclear warhead, they wouldn’t have needed to consider how they were to leave the city once martial law was imposed…”

This was because the Old Task Force’s team leader, Madam Jiang Baimian, was someone who had to draft a few plans before any operation! If she were the one in charge of stealing nuclear warheads, she would imagine how she would safely escape if an accident happened and she was trapped in the city while facing martial law.

Although there were few people like Jiang Baimian, there were definitely more than one or two.

Genava—who had analyzed many situations—added, “Besides, is the person in Room 214 really sure that his companion can use the opportunity to evacuate the entire city while bringing out the nuclear warhead? The Salvation Army will definitely conduct an inspection before letting them pass. They will also prevent the interference of Awakened abilities. For example, the inspection will be carried out with surveillance cameras. Someone will be watching it remotely and in real-time.”

Upon hearing this, Long Yuehong felt that the probability of Ubei being destroyed in a fiery fireball was increasing. That fellow seems to be a lunatic!

At this moment, Jiang Baimian smiled thoughtfully. “Do you still remember what Elder Zhang said?”

Without giving her team members a chance to answer, she directly gave an answer. “The families and relatives of those above have probably already left Ubei by this time!”

Just as she said that, Jiang Baimian looked at Shang Jianyao and the others and asked seriously, “Do you think the inspection of these people will be very strict?”