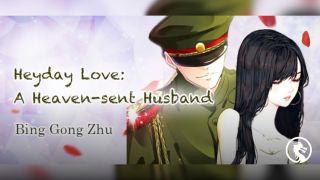 Jiang Baimian—who was sitting on the sofa behind him—was already numb towards his antics and couldn’t be bothered to stop him. After all, this wasn’t too important.

Commissioner Huang thought for a moment and nodded slightly. “It’s very normal for you to encounter the Eighth Research Institute’s commissioner since what Oray left behind involves the reason for the Old World’s destruction and certain secrets of the New World. The fact that you escaped their hindrance and even snatched an item means that you are indeed very strong.”

“We were much weaker back then,” Shang Jianyao said truthfully.

When they captured the Eighth Research Institute’s commissioner and obtained the Life Angel necklace, Shang Jianyao had yet to enter the Mind Corridor. Jiang Baimian had yet to become an Awakened, and the Old Task Force had yet to obtain the two sets of bionic artificial intelligence armor.

Back then, they had actually had the help of the Mind Corridor-level Awakened, Kanna. But in Shang Jianyao’s heart, she was battling the Virtual World owner who protected Avia. She didn’t count.

Commissioner Huang couldn’t help but size up Shang Jianyao a few times, and he was momentarily speechless.

“You can come back here and sit down.” Jiang Baimian tried her best not to sound helpless.

After Shang Jianyao jumped up with one foot, he realized that his left arm—which wasn’t holding the Life Angel necklace—was now paralyzed. He quickly switched back to normal walking.

Upon seeing this, Commissioner Huang sighed with emotion. “The price you paid is a little obvious.”

He had plenty of experience.

After Shang Jianyao sat down again, he curiously asked, “What’s your price? Is it obvious?”

Hey! Is that something you should be asking directly? Jiang Baimian felt that the price Shang Jianyao paid had worsened after clearing the cruise ship’s trauma. His bouts of rudeness had increased!

However, she was also concerned over Commissioner Huang’s price. She had been analyzing the other party’s words and actions, and she preliminarily suspected that he was impatient.

He then recalled and said, “The least obvious price I’ve ever seen is constipation. Unfortunately, the negative effects worsened after that person entered the Mind Corridor. He suffered an infection while undergoing surgery to ease his constipation and unfortunately passed away. In that era, the sterility of surgeries was a problem.”

The topic suddenly seemed odd. Out of politeness, Jiang Baimian simply replied, “The price isn’t too concealed. It’s very easy to come to a conclusion if one observes the target’s lifestyle over extended periods.”

In a tone of ‘you guys are too young and naive,’ Commissioner Huang said, “The reason I said it’s least obvious is that the ability he obtained could effectively prevent himself from being observed for extended periods. He was in Eidolon Nun’s domain.”

The two parties then discussed the secret laboratory in Wasteland Ruin 13.

The Old Task Force naturally had no intention of keeping Future a secret. They had said everything that needed to be said, but they didn’t mention Wu Meng’s evaluation.

On the one hand, Commissioner Huang’s horizons had been broadened. From time to time, he would say, “Although I don’t know much about artificial intelligence, I find it shocking.” On the other hand, his expression gradually turned solemn.

“How will such artificial intelligence affect humans in the future…” He muttered to himself as if he had the urge to nip this unknown risk in the bud.

“Don’t you suspect that we fabricated it?” The honest Shang Jianyao interrupted the other party’s subsequent words.

Commissioner Huang laughed. “I still have such acumen. If you hadn’t really encountered the artificial intelligence, Future, you wouldn’t have been able to fabricate such stories.”

He then said, “What kind of payment do you want? Our Salvation Army has always been fair.”

The Salvation Army was different from Pangu Biology. They didn’t hide underground, and they had taken on the responsibility of saving all of humanity. There was a high chance that they would be interfered with, destroyed, and eliminated by the Eighth Research Institute.

The reason the Old Task Force chose to use a friendly method to pass through the Salvation Army’s sphere of influence and pay a price to obtain a pass was that, on the one hand, it would be easier to obtain supplies this way. On the other hand, Jiang Baimian wanted to try to fleece the Salvation Army—no, exchange information.

Commissioner Huang fell silent for a few seconds before saying, “I have no problems in principle, but I need to request permission from the higher-ups. This will probably take one to two days.”

“We can wait.” Jiang Baimian didn’t make her tone sound urgent. “Dealing with the Eighth Research Institute is our common goal.”

After finishing this topic, Commissioner Huang flipped his wrist and looked at the mechanical watch on it.

The mechanical watch had many signs of wear and tear as if it had been excavated from a city ruin and had only been repaired.

After looking at his watch, Commissioner Huang hesitated for a moment and said, “Is it convenient to reveal your destination in Icefield? If it’s not convenient, forget it.”

“There’s no need to keep this a secret. We’re investigating the matter regarding the Five Great Holy Lands of Buddhism and plan on making a trip to Icefield’s Tai City. Oh right, we encountered your Public Security Council’s Commissioner Xu Datong in Iron Mountain City Ruin. We realized that the Salvation Army was also investigating such matters. We told him about the Five Great Holy Lands back then.” Jiang Baimian deliberately changed the focus of this matter from knowing Xu Datong to the Old Task Force’s constant friendly attitude toward the Salvation Army—they were always sharing information.

Commissioner Huang was surprised. “Your selflessness exceeds my imagination.”

Normal teams would charge a price for such information.

Shang Jianyao stood up suddenly, pressed his right hand to his left chest, and said loudly, “For all of humanity!”

Commissioner Huang looked at him in surprise for a while before coming to his senses. He stood up and pressed his right hand to his left chest with an abnormally serious expression. “For all of humanity!”

Perhaps she was seeing things, but Jiang Baimian felt that Commissioner Huang’s eyes seemed to be a little moist at that moment.

Commissioner Huang didn’t hide his anger at all. “Did he take your negotiables? Does he still have the cheek to meet his sacrificed comrades in the underworld?”

After venting his anger, Commissioner Huang composed himself. “If it weren’t for the fact that you have shown a trustworthy character, I wouldn’t have let this matter rest so easily. Tell Hong Guangming not to do it again! Phew, I know that he’s doing this for his child, but he still has to pay attention to what’s happening. He can’t do anything that violates the rules.”

At the same time, Jiang Baimian began to suspect that Commissioner Huang’s price might be irascibility.

She thought for a moment and chose to change the topic. “Commissioner Huang, why is Ubei under martial law this time? Captain Ding has always been vague.”

She deliberately asked about this so that she could absolve Ding Lin’s responsibility of leaking information in the future.

Commissioner Huang sighed. “You’ve asked the right person. I’m also the Director of Ubei’s Public Security Council, and I happen to be in charge of this matter. There’s nothing we can’t tell others. A skeleton in our closet has shown itself! This time, two traitors stole a miniaturized hydrogen bomb and brought it to Ubei before handing it over to a liaison. In order to prevent this dangerous item from getting out, we could only lock down Ubei and cut any loose ends.”

Shang Jianyao sincerely asked, “Do you need our help?”

“Not for the time being.” Commissioner Huang was rather confident. “Ubei can handle it.”

He paused and said, “I’m giving you this much detail because I’m worried that the liaison will eventually send the nuclear warhead out through some foreigners. You guys live in the Ashlands Hotel, so please pay attention. Yes, if you really discover anything, don’t force the other party into a corner. This is to prevent them from acting in a desperate situation. If they really activate the detonator, everyone will be doomed.”

Jiang Baimian hesitated for a few seconds before assuming her role as team leader. “Can we leave Ubei as soon as possible?”

Commissioner Huang was stunned for a moment before he sighed. “You can leave after you obtain information on the Eighth Research Institute and undergo a detailed inspection.”

Shang Jianyao was just about to shake his head when Jiang Baimian glared at him again.

Jiang Baimian took the initiative to say, “Before that, we’ll pay attention to the Ashlands Hotel.”

Commissioner Huang nodded in relief. “You may return.”

After Jiang Baimian and Shang Jianyao bade farewell and walked to the door, Commissioner Huang suddenly stopped them. As he thought about it, he said, “I wonder if you are willing if we organize a team to join you in Tai City to explore the Buddhist Holy Land together?”