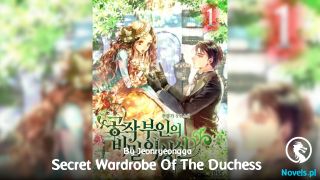 With the number of Awakened the Eighth Research Institute has, it’s completely reasonable for them to make such an exaggerated commotion over a large transaction… However, this is mainly my personal guess. Due to the fact that Icefield is within the Eighth Research Institute’s sphere of influence, it’s only right to push the blame to them if there’s any problem… Jiang Baimian

—who had her eyes lowered-looked at Smith and the others again and asked, “Have you confirmed the situation near the square? For example, were there any signs of other vehicles?”

Snow covered the square, so it was impossible for a team consisting of dozens of cars to ‘appear’ out of thin air and ‘disappear.’ They would definitely leave behind evidence from having the tires travel across the snow.

Smith replied with a bitter smile, “If there was, we wouldn’t be staring blankly here and not know what to do. We wander the northern Ashlands and have seen Awakened. We have them ourselves.”

He meant that there were no signs of other vehicles appearing in the square. The goods escorted by their Rootless team seemed to have evaporated.

Shang Jianyao jumped up on the spot and used the military exoskeleton to jump five to six meters high.

During the split second he was stationary in midair, he relied on his superior vantage point to quickly observe the situation around the square.

Pure snow covered the roads, streets, and abandoned vehicles’ surfaces, turning everything pure white. Apart from the Rootless convoy’s route into the city ruin, there were no tire tracks over the pure whiteness. There were only a few human footprints. They were clearly left behind by Smith and the others as they split up to search for clues.

They seemed to have been in the city ruin for several days, so much so that most of the tire tracks had been covered by the snowfall a few days ago. In other words, there were indeed no new vehicle tracks in the surrounding area.

Shang Jianyao landed on the ground under everyone’s slightly dazed gazes. He then asked Smith, “Are you sure you lost the supplies last night? Could it have been earlier?”

Smith thought for a moment and exchanged a few words with the other Rootless before shaking his head. “That’s how it is from our memories.”

He didn’t answer with certainty because since there was a large-scale deletion of memories, there might’ve been large-scale memory tampering Jiang Baimian refuted Shang Jianyao’s guess. “Even if the supplies were picked up on the day Smith and the others arrived, and the subsequent experiences were forged memories, it’s impossible for the vehicles that transported the supplies away to leave no traces behind.”

“Although this is indeed a possibility, it’s too complicated. It’s better to erase memories on a large scale; it’s convenient, fast, and saves time.” Although Jiang Baimian said that, she still switched on the walkie-talkie that came with the military exoskeleton and instructed her distant teammates, “Old Ge, Little Red, Little White, go to the intersection ahead and follow the tire tracks in reverse to see where the vehicles were heading.”

She didn’t say that even if the group of people didn’t have the ability to erase memories on a large scale and only had the conditions to tamper with them, they wouldn’t pile difficulties on themselves to fabricate memories spanning a few days. At most, they would modify the memories that only involved an hour or two after the ‘transaction.’

Everyone had the tendency to be lazy. In a situation where there was no clear advantage or disadvantage between the two solutions, nobody would torture themselves.

Shang Jianyao had only casually raised the possibility, forgetting the matter almost instantly. He excitedly chatted with Smith and the others about anomalies they felt might exist. He even asked the other party what grade of gasoline they liked to use as perfume and if they had any special dishes.

“Not for the time being,” Jiang Baimian calmly ordered. She then turned to Smith and the others. “Those vehicle tracks should be yours.”

“Without vehicles, how did they move away so many supplies…” Smith revealed his confusion again.

Even if the other party was using helicopters that didn’t need land, they would still have to mobilize many helicopters in one go. It was impossible for them not to leave behind any traces.

With Icefield’s environment and weather, it was barely possible for helicopters to transport people for a short distance. Transporting supplies over a long and arduous journey was tempting fate.

“Could it be that those people’s base is nearby?” Jiang Baimian also thought in this direction.

Without waiting for Smith and the Rootless’s response, Shang Jianyao smiled. “The answer is very simple; I know what’s going on.”

“Tell me.” Jiang Baimian exhaled, expecting to hear a magical train of thought.

Shang Jianyao casually pointed at the snow on a street near the square. “If it were me, I would use Matter Interference to control the snow and hide my tracks as the convoy leaves.”

This… On the one hand, Jiang Baimian found it a little ridiculous; it was just like how figures in the Old World’s entertainment could have their hair fly and look cool upon appearing because someone was blowing at them with an electric fan. On the other hand, she believed that it was rather possible after some thought and deliberation.

Apart from the relatively high mental expenditure, this was more reliable than any previous guess.

The only problem was that Awakened in the Last Man domain had Electromagnetic Interference. However, it was very normal for the other party to be an Awakened who had explored the Mind Corridor’s depths and had Matter Interference abilities.

At this thought, Jiang Baimian asked Shang Jianyao, “How long can you keep controlling the snow?”

If it could only be maintained for less than an hour, the Old Task Force could use the square as the origin and draw a large circle before circling around to seek out traces of the convoy.

Shang Jianyao sized up the Rootless’s trucks and RVs and estimated, “Two to three hours.”

The Awakened, suspected of being able to erase memories on a large scale, was very likely to have more rooms under his belt than the ones Shang Jianyao had explored in the Mind Corridor, so he naturally was able to control the snow for longer periods. After all, the latter had been ‘obsessed with going to Room 506 and peeping at 102 and 205 ever since he entered the Mind Corridor’s depths. He had never explored other rooms.

A circle depicting the possible distance a convoy could cover in two to three hours was huge. The time it took and the electricity consumption more than doubled.

As time dragged on, it might snow again considering Icefield’s weather. Besides, the other party might not only send a Mind Corridor-level Awakened to ‘carry ‘the supplies away.

If it were really the Eighth Research Institute, they could completely do such a thing with their plentiful Awakened. Jiang Baimian suppressed the urge to search for traces with great difficulty and decided to obtain clues from another direction. She looked at Smith and the others and asked, “Where did you take on this business?”.

Although the owner’s looks, name, and image had been deleted, Jiang Baimian believed that the large settlement which the Rootless team set off from involved the moving and loading of many supplies and a large number of other matters. It was a rather difficult task to delete all of them, and the person who did it might not be willing to do so.

This didn’t affect anything.

This was a large settlement belonging to the White Knights, near Icefield.

Hmm… Jiang Baimian silently filed this in her memories and planned on going there later to see if she could discover any clues.

At this moment, Shang Jianyao consoled his good brothers. “You don’t have to worry. In any case, what’s the difference between losing the goods and not losing the supplies when you can’t remember the cargo owner? At most, you’ll lose half of your transportation fees. Just treat this trip as a vacation on company money.”

Although Smith didn’t know the Old World phrases like ‘vacation on company money,’ he still understood the meaning. He nodded and said, “That’s all we can do.”

Jiang Baimian thought for a moment and asked, “Do you know of a human city that turned to ruins more than ten years ago?”

She roughly described the situation where Shang Jianyao’s father had last appeared.

Smith immediately smiled. “I know! Before the Heartless disease destroyed that place, we often transported supplies over to trade.”

At this point, Smith’s expression turned serious. “You want to go there?”

“Why?” Shang Jianyao asked. Smith sized him and Jiang Baimian up and said, “Many Ruin Hunters attempted to go there to search for treasure, but very few returned alive. It’s said that it’s covered in the Heartless virus. As long as one enters, they might be infected, and it’s very easy to be infected.”