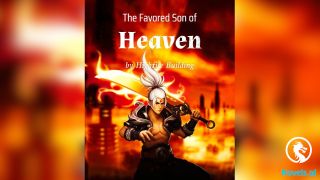 They were in charge of the Seorim Store, and ranked 2nd amongst the Numbers. Supposedly, they were so rich that they'd accumulated a mountain of gold.

Wang Seo Rim had been wary of Man Bok in the past. They kept him in check, and eventually went head-to-head with him, which ultimately led to his ruin. With him out of the way, they no longer had to worry about Man Bok's talent or business acumen.

"Mr. Kang Oh, you of all people should be able to gather 1 million gold," Man Bok said nonchalantly.

"You've accumulated some money thus far, yes? You're also one of the Numbers, so you're world famous. Please borrow what you need."

Kang Oh hated borrowing money. Paying interest felt like someone was stealing money from him.

"You don't often get opportunities to make money like this. So please take advantage of the opportunity while you still have the chance," Man Bok advised.

"Mm, understood. I'll try gathering the funds." Kang Oh nodded his head. 'I don't like it, but I'll borrow money if I have to.'

"Now, let's assume you've amassed the required 1 million gold and you've become the dungeon's master. You should receive a certain amount of dragon materials every month."

"Selling the dragon materials as is would be ridiculous. By crafting them into armor or weapons, you'll be able to sell them for a few times, no, perhaps even ten times what the original material was worth."

In a fantasy world, wouldn't the best equipment be made out of dragon materials? Dragon weapons/armor were top-of-the-line luxury items like Gucci, Chanel, and Louis Vuitton.

"Plus, you already have craftsmen that can turn them into equipment for you."

"I'm not so sure. I don't really know any craftsmen that are skilled enough to…"

"You're close to the dwarves."

"The Black Hammer Dwarves? I don't think they're skilled enough to handle dragon materials. At least for now."

The Black Hammer Dwarves' Chieftain, Randelhoff, claimed that none of their blacksmiths were skilled enough to handle the S-rank adamantium gemstone.

Giving them other S-rank materials like a dragon bone, dragon scales, dragonskin, etc. would be pointless. And if those are out of their reach, then handling a dragon's heart would be out of the question.

"A short while ago, I sold them some beer, cigars, and daily necessities. I heard that a great blacksmith would be born soon."

That was good news. They'd be able to craft the adamantium ore into a demon sword soon.

"If you provide them with the dragon materials, then they can craft them into equipment, and I can sell them. It'd be a perfect arrangement, no?"

Man Bok secretly added himself into the mix. A true merchant would seize any opportunity to make money!

Kang Oh thought it over.

If Man Bok was right, then he'd easily make 1 million gold. Potentially even more than that! Being the sole supplier of dragon equipment would allow them to set prices.

It was literally high risk, high reward. Above all, Man Bok was interested in this business venture. Man Bok had a keen sense of smell when it came to money; if he thought a business would be profitable, then there was no reason to doubt him.

"If you want to be involved, then please invest!" He extended his empty hand. It was as if he were asking for New Year's money.

Then, Man Bok said, "Please hurry and gather the rest!"

Even the richest individuals couldn't sway the Tower with money; they were just that rich. Thus, he believed that Grano would be able to lend him 600,000 gold.

However, Kang Oh soon shook his head. Sure, they might lend him the money, but the Tower would ask him to relinquish the dragon materials.

'Hmm, who else could I ask?' Kang Oh strolled through Altein, lost in thought.

Not only were his two demon swords stashed in his inventory, but his face was covered. Plus, people didn't know about his Draka set yet, so no one recognized him.

Then, Kang Oh turned his gaze towards a certain building. He was staring at a white building that resembled a coliseum; upon close examination, however, one would find significant differences between them! It was the Holiseum!

Kang Oh headed for the Holiseum.

The Holiseum was a gladiatorial arena. Gladiatorial matches were the favored sport of Altein's citizens. Thus, the most skilled gladiators were considered stars.

A gladiator's popularity determined how much it'd cost to see them.

What if the Invincible Gladiator, Burkan, were to appear in the arena? Tickets would cost a fortune, and the huge 'coliseum' would be filled to the brim. Thus, Burkan could make tens of thousands of gold for just one match.

In other words, Burkan was filthy rich, even though he didn't look like he was.

"Little Brother? It's been a while. Have you been well?" He had a huge, robust body, yet he looked like a naive old bachelor, unbefitting his title of Invincible Gladiator.

"Is everything going well with you and Ms. Dora, no, Sister-in-Law?"

"Of course." Burkan beamed. Then, he opened a ring box, revealing a beautiful ring inside. "I'm going to propose soon."

"Congratulations. You haven't forgotten how much I helped you, right?"

Burkan wasn't comfortable with women; he was the type who'd shrink in front of them. Thus, he was an old bachelor, even though he was the Invincible Gladiator.

However, Kang Oh had given him a little push, and was paramount in the formation of their relationship.

"I'll be sure to invite you to the wedding."

"That's obviously a must. I have a favor to ask you," Kang Oh said. This was the reason he'd buttered him up by mentioning Dora.

"What is it? I told you before, you have to wipe your own ass."

"I'm not asking you to beat someone up or kill a monster on my behalf."

"Then what do you need?"

"I want to borrow some money?"

"What?" Burkan raised his hand and picked his ear. 'Did I hear wrong?'

"600,00 gold! Do you have it or not?" Kang Oh said firmly, as if he was the one who'd lent money. Unbeknownst to Burkan, he got completely caught up in the act.

"Then please lend it to me."

Burkan regained his composure and scowled. "Are you in debt?"

"Please just let me borrow it."

"No thanks." Burkan folded his arms. It was a sign of complete refusal.

"I can leave it with the bank and I'd get more than that."

"Then what do I have to do to convince you?"

"First, tell me what you need the money for."

"In order to make money!"

"Oh, as expected of you, Brother!"

"If you can't pay me back, then give me the soul dungeon. I know you can transfer ownership."

Plus, he wants to use the dungeon as collateral?

"Can't you just let me borrow it without all that?" Kang Oh asked. However, Burkan completely ignored him and kept talking.

"Finally, work as one of the Holiseum's gladiators. I don't like the newcomers lately. Of course, I get everything you make until you pay back what you owe."

If he couldn't pay back his debt, then he'd have to work it off! Kang Oh wanted to say that they were unreasonable conditions. However, Burkan had all the negotiating power here.

"Brother, those conditions are too…"

Kang Oh bit his lip. Ultimately, he raised his hands in surrender.

"Understood. I accept, so please lend me the money."

The two wrote and signed the contract, which included everything they'd agreed to thus far.

Kang Oh saw the 'former' next to his name and shook. He'd often been the latter (the position of power), but he'd never been on the receiving end before.

"It should be 'Please lend me the money.', not 'Give me the money.'. You're the one in debt!" Burkan grinned, seemingly having the time of his life.

"Do I really look like that kind of person?"

"Then what do you want to do?"

"That soul dungeon, the Saul Graveyard, right? Take me there. I need to make sure you have the collateral."

"Understood. Then I'll call you when I'm ready."

- Yes. When will you be ready?

- Understood. Please tell me when you're ready.

Kang Oh, Burkan, and Man Bok arrived in the Goddess's Land via Eder's transfer magic circle. They made quite the unusual trio.

Burkan and Man Bok had never been to the Goddess's Land before.

"This way." Kang Oh led them out of the city.

Shortly after leaving Latnia City, a Giant Kruger popped out of the ground.

But who was he with again? Kang Oh, who was part of the Numbers, and the Invincible Gladiator, Burkan. There was nowhere safer.

"It's a Giant Kruger, huh," Burkan said nonchalantly, and swung his gladius. Kang Oh immediately barraged it with attacks too.

Giant Krugers were renowned for their brutality and tenaciousness! They were rash, ferocious, and powerful monsters!

But before Kang Oh and Burkan, it was nothing more than a wild dog. The two of them instantly killed it.

"Let's go." Kang Oh led them to their destination once more.

Danger lurked in every corner of the Goddess's Land. For example, zones filled with cannibalistic plants, or the domain of the hell ants.

How much time had passed?

"This is the place."

But they didn't come here to fight, so they only fought when necessary.

They could see the marble building and its skull buttons. It was the entrance to Akite's nest.