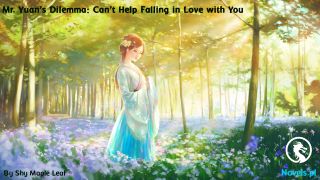 Jiang Tingxu was sitting on a lazy chair to rest. After hearing Lao Bao’s suggestion, she opened her eyes immediately.

“Where are we going?”

“Where else? I heard that they have all returned and are gathering over there.”

Jiang Tingxu had already stood up.

How could she not go?

Lao Liu was really not interested in these things. He waved his hand and said, “I’ll stay here and watch. The two of you can go.”

If he had the time to join in the fun, he might as well sit down and rest for a while. He could read the news and play games.

It was not easy for him to get to the platinum level. He wanted to take advantage of the time to play a few more games.

At the gathering point.

When Jiang Tingxu and Lao Bao came over, they could only squeeze in at the periphery. Basically, they could only see the back of their heads in front of them. They were all the staff on site and some of the villagers who were watching the fun.

At first, she wanted to take a few more glances at her son, but in the end, she could not even see him. Jiang Tingxu sighed silently.

As for Lao Bao, he disappeared in an instant.

Probably, he squeezed to the front.

The Village Chief had already called for the fathers and the children to line up.

However, children were not so easily obedient. An An and Shi Tou, the two boys, were playing with each other enthusiastically.

Out of the five children, only Chi En’s Xin Xin was more obedient and sensible. She leaned on her father’s leg and looked at her friends worriedly.

Why were they so disobedient?

Even the youngest, Little Ningning, lowered his head and played with the shells that his father had given him.

When the Village Chief saw this scene, he felt tired and turned up the volume of the loudspeaker.

In the end, it was Ye Hao and Wu Mubai who personally took action to restrain their noisy sons.

Shi Tou was not afraid of his father’s threat at all.

Fortunately, it was finally quiet.

The Village Chief’s buzzing head had become much more relaxed.

Mo Boyuan used his hand to press his son’s small head. He did not use much strength, but the little guy could not break free no matter how hard he struggled. Instead, he was so tired that he was panting.

Only then did Mo Boyuan let go. The little guy immediately twisted his neck. At this moment, his gaze suddenly shot toward the crowd.

Was that the uncle of Jiang Tingxu’s department?

That is right, the little guy recognized Lao Bao who was squeezed in the front row at a glance. Lao Bao also sensed the little guy’s gaze, and the two of them carefully looked at each other.

“Dad, Dad, Dad.” He was so excited that he stuttered.

After hearing his son’s words, Mo Boyuan instantly looked over.

How did the little rascal recognize him when he was wearing a mask and a hat?

The little guy was still confident in his memory.

One had to know that the two of them had already greeted each other through their eyes.

Then, without waiting for his father’s reply, he ran towards Lao Bao with his two short legs.