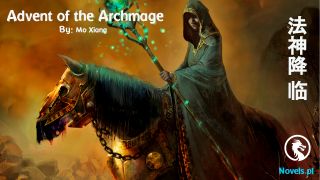 Davis and Iesha couldn't believe what they had just heard. It was a soul- a spirit transmission that fell on Iesha's spirit sea, so other than Davis, none of the surrounding beauties heard it.

Iesha looked at her imperial father, who stopped hugging her and patted her shoulders, looking right into her eyes with a stern gaze.

Davis felt like he was almost going to be found when Iesha's imperial father turned around and left, strolling past the crowd without saying another word.

The crowd made way for their Frigid World Spirit Emperor as they knelt, and when Davis belatedly noticed, the beauties behind Iesha were also kneeling until this big shot left.

However, Davis didn't relax his concealment as there were still Spirit Ancestors present.

One of them stood up and smirked at Princess Iesha.

"Little princess, looks like you have proved yourself to be a failure that our Frigid World Spirit Emperor didn't say a word from disappointment. Your elder sisters reached the Spirit Ancestor level when they were fifteen years old, but you have an additional year to show your worth, and yet, you have still yet to show valuable progress. How much of a trash could you be?"

Princess Iesha trembled while she clenched her teeth, tears forming in her white eyes. However, she didn't say anything and walked towards them.

"Little princess, are you finally willing to marry me, your tenth brother? I am willing to love you despite your shortcomings."

"Don't listen to his words. He doesn't have what it takes to satisfy my little princess."

"What?" Then tenth brother became angered as he shot a look at another Spirit Ancestor.

"Ahaha~ You men are hopeless to be courting a failure." A female Spirit Ancestor suddenly spoke as she turned to look towards Princess Iesha, "I bet she would soon be married to our Frigid World Spirit Emperor's fourth brother."

"Yes~ The gallant man who put an end to one of the many vile dens of the Renegade Human Shelter while acting as the Spirit Commander of the Frozen Sky Force."

"That means that I, her tenth brother, have no chance?"

"Of course. You both don't have a chance since Uncle Yom is far more powerful than you two, even after a thousand years."

Despite her brothers and sisters making fun of her, Princess Iesha didn't seem to pay any heed as she left while Pia glared at them before a person from the imperial guard appeared and took her away. As for the other beauties, they were also naturally taken away.

Unlike Iesha, who was expected to enter the Spirit Ancestor Stage, it could be seen that there were no expectations for them and fairly satisfied that they reached Peak-Level Spirit Supreme Stage.

"Trash little sister. Because of people like you, our Frigid World Spirit Empire will eventually fall like the Nethersnow Empire we defeated a hundred thousand years ago. Honestly, why couldn't you just keep with us? Now, you're like third sister and eighth sister, going to be married off to Lords to distant cities. Fortunately for you, Uncle Yom belongs to our Frigid World Spirit City' Elite Force, so you'll be able to remain in this city, graced with our presence once in a while."

"Ninth sister, that's too much."

The prince and princesses laughed and giggled, looking at Princess Iesha with mocking expressions on their faces.

"Hmph." The ninth princess shrugged as she snorted, not appearing to be amused but angered.

"This impertinent fourteenth sister of mine tells that we have to be kind to our human slaves. The nerve of her to say that while many of our ordinary people have been killed by those same human slaves who were released by those from the Renegade Human Shelter, she's too hypocritical, and I don't like how spoiled she is! It is better for her to stay under Uncle Yom, who could protect and change her mindset!"

As Iesha paid no heed and left, the sound of those princes and princesses also faded out.

Davis was feeling extremely disappointed by such crass behavior, but once he heard that ninth sister whine about Iesha, he felt like he had to give the nod to her.

Iesha certainly was taking a risk that endangered her empire. He felt that he was a special case and wouldn't hurt Iesha, but for others, what that ninth princess said certainly applied.

Nevertheless, he also heard something that finally made sense to him.

It was about the Nethersnow Spirits!

Those Nethersnow Spirit imperial somehow found the spatial tunnel in this Frigid Yin Spirit Pool and escaped to Earth, whereafter they actually found another spatial tunnel in the Bermuda Triangle and entered the Twilight Shade Valley where they chased until Falling Snow Sect's Ancestor took care of them, giving them asylum in exchange for their valuable tears.

It seemed like those spirits kept quiet about the spatial tunnel in the Twilight Shade Valley Territory and lied about their origins as they named that the Territory they came from was the Frigid World Spirit Empire and not the Nethersnow Spirit Empire, obviously to hide their imperial status.

For spirits like them, who were just at the eighth stage, they sure would've used up a lot of soul essence or spirit essence to escape and wouldn't have had any time to mark the location of the spatial tunnel. At least, that's the impression he got after hearing All-Seeing Emperor's words that indicated that they were not able to find the spatial tunnel in the Twilight Shade Valley Territory. Perhaps, they forgot the exact location of the spatial tunnel after being chased to and fro by the wicked path powerhouses and magical beast entities, making them unable to trace back their path.

All this didn't bother him nor made him see these spirits as sinful or evil, but from this, he came to know that spirits were also warring and conquering creatures just like humans and magical beasts.

'Is every life's fate to be a conqueror and carve out a safe and resourceful space for their race…?'

He couldn't help but descend into contemplation.

Soon, after traveling by many beautiful ice palaces, Iesha stood on the balcony of her castle room and looked at the sprawling city that was full of ice huts, buildings, and palaces.

Davis was breath taken as he looked at the colorful lights reflected by the icy surface of the structures, making everything glow as though this was a fairyland. It certainly made him reassess his opinion of these spirits that he expected to be at the bottom of their civilization.

Iesha was simply looking at the many kinds of spirits, roaming around, spending time with their families. Her gaze was fixed on these people even though she could see icy fights break out once in a while, only to be stopped by city guards.

By this time, it was almost night. Davis felt like he could leave, safely exit this location as there was no one around. However…

"Looks like I caused this mess. Want me to help?"

Princess Iesha came out of her reverie as she blinked.

Davis wasn't surprised by her question because it became difficult for her to garner if he was even present in her spirit sea when he stayed still. That was how skillful his concealment arts were.

"Well, I would've left long ago if this formation in front of you hadn't become strangely active."

Davis did truly feel that it was quite strenuous to leave through this unfamiliar formation. It was different, more similar to Spirit Formations used through soul force, yet advanced, with higher-grade materials being used as a source to generate a barrier and a detection formation through their inner workings.

Honestly, he felt intrigued that he wanted to study these kinds of formations as well.

On the other hand, Iesha was rather waiting for the slave seal inside her to have shattered, but she felt ridiculous to hear that he was still here.

"Imperial father doesn't wish for me to escape. However, for you who is closer to an immortal being, it should be easier, right?"

Davis could feel his disguise being stripped clean already.