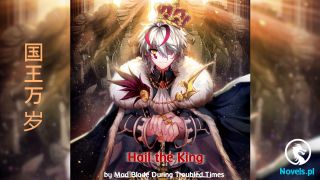 Chen Feng hurried off to buy the things. Chen Qingqing glanced at his disappearing figure and smiled and shook her head.

She looked at Zhong Bingyuan and smiled. “Little devil!”

Zhou Furong made up her mind and confirmed her target. Now she just had to find an opportunity to act.

But it was not so easy to trap Mo Beihan.

Sun Huihui could not find an opportunity at all.

They had no choice but to focus on Zhong Guangping.

Zhou Furong had known Zhong Guangping and Zheng Lin for many years and knew them quite well. After searching for a few days, she finally got news of them.

Zhong Guangping had come back to the capital to work and would remain in the capital in the future. He had a job and could not keep Zheng Lin company every day.

Zheng Lin had not gone to work for a very long time.

After her daughter was lost, she languished for a long time. Her health declined, and she could not focus on her work. Zhong Guangping was worried about her and told her to resign and just rest at home.

Recently, she often dreamt of her daughter and grew rather gloomy. She suddenly felt that she could not stay at home any longer and often felt like taking a walk. It was as if she could find her daughter if she took more walks.

One day, Zheng Lin came to the fish and pickles restaurant alone.

Gu Qingyao’s fish and pickles restaurant was very prominent. Business was excellent, and the restaurant was full every day. Zheng Lin loved spicy food, and she especially liked the fish with pickles here.

She thought that her darling daughter also loved spicy food. When she finds her daughter, she would bring her here often. She would definitely enjoy it.

After a meal, Zheng Lin wandered about on the busy streets, not knowing where to go.

She looked at the children, chasing each other, fighting, and making a fuss. She could not stop gazing at them. She wondered what it would be like if her daughter were still with her.

She walked and walked and accidentally took a wrong turn. When Zheng Lin recovered her wits, she hurriedly turned to go back to the main street, but before she could take a single step, Zhou Furong appeared in front of her and blocked the way.

Zhou Furong’s lips curved in a malicious smile. “Zheng Lin, I haven’t seen you for a long time!”

Zheng Lin involuntarily backed away. “Zhou Furong, what do you want?”

Zhou Furong’s mouth twitched, and she said ruthlessly, “Let’s discuss this - if you divorce Zhou Furong now and let him marry me, I’ll let you off.”

Zheng Lin looked at her as if she was crazy. “Are you mad? Guangping will never marry you. You can forget about it!”

Zhou Furong laughed coldly. “Since you won’t listen to me, you can’t blame me.”

Zhou Furong and Sun Huihui knocked Zheng Lin unconscious before she could react.

Zhou Furong looked at Zheng Lin lying on the ground and said disdainfully, “Both mother and daughter are equally stubborn. That brat also wouldn’t obey me, which made me waste so much energy. You’re the same. You don’t know what’s good for you!”

Sun Huihui said, “Mother, let’s go! There are so many people on that main street over there. What if someone sees us?”

Zhou Furong nodded. “Have you sent someone to inform Zhong Guangping?”

Zhou Furong said, “Let’s go. We’ll bring the woman over first and wait for him.”

Sun Huihui hurriedly produced a gunny sack and put Zheng Lin in it. The two of them carried Zheng Lin off.

On the main street outside, Gu Qingyao had just emerged from the fish and pickles restaurant, holding Zhong Bingyuan’s hand.