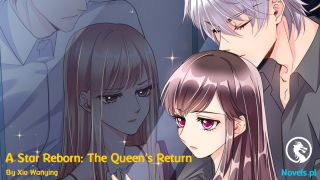 Chapter 1323: Do You Need My Help To Court Mother?

Was his son that smart?

Chu Yi was stunned for a long while before he finally recovered his wits.

His son was so smart. His heart ached, but he also felt very proud!

He felt proud because this was his son!

He remembered how much he envied Mo Beihan for having a smart and cunning son like Mo Yang!

Now he had his own!

Chu Yi was so excited he grabbed Lin Zheng and pulled the boy into his arms.

“Good boy! Don’t feel bad or ill-used, all right? Father will tell you everything.”

He hugged the child for a long time before letting go. He looked Lin Zheng in the eye and said earnestly, “Listen. In the past, I really did not know about your existence. But when you were the pageboy at the Mo wedding, my subordinate saw how much your younger sister resembled me, so he took a photograph for me to see. After I investigated it, I was certain that you were my children.

“Son, you have to believe me. Although I did not know in the past, once I found out that you were my children, I was delighted. In the future, I will always be by your side. I will make it up to you. All right?”

Lin Zheng bit his lip. He did not know what to say.

Did he want his father?

All these years, he and his sister had always lived with his mother. Of course he wanted a father to play with him. Why was he on such good terms with Mo Yang?

Besides the fact that Mo Yang got along with them and was nice to them, he really envied Mo Yang because of his family.

He had so many relatives!

He had so many great-grandparents, cousins, and uncles.

Most importantly, his parents were both by his side and doted on him.

He and his sister wanted a father like that too.

Now that his father was here, although he was not the father of their dreams who doted on them and worked hard to earn money for them, but…

He still wanted this father!

Chu Yi’s heart ached and he promised, “Never. I promise I will never leave. Even if I leave, I will bring you with me, all right?”

“Where will you go? How about Mother? Will you bring Mother along?”

His pause made Lin Zheng think that Chu Yi did not want his mother. He only wanted to bring Lin Zheng and his sister away.

He immediately panicked. “I won’t leave with you. I will only stay with Mother. It was Mother who brought us up. If you dare to bring my sister and me away and abandon Mother, I… I will never acknowledge you.”

Chu Yi’s startled pause had resulted in this child’s ultimatum.

He really did not know how to feel.

His heart ached because of how mature the child was. He felt guilty because he had missed so much time with them.

“All right, I promise that I will never take you and your sister away alone.”

He reached out and slowly and somewhat clumsily bathed Lin Zheng. He rubbed the boy’s little arms and legs and said seriously, “Son, your mother has done such a good job bringing you up. I didn’t know about it in the past, but now that I do, I am actually grateful to her.

“After all, without her, I wouldn’t have a pair of such adorable children!”