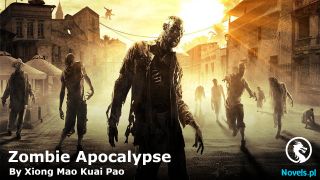 The subordinate’s head drooped even further. He was afraid his master would die of rage!

The subordinate could only say, “It’s… it’s… your archenemy… Mo… Mo Beihan!”

The atmosphere grew still. In an instant, everything seemed to stop. The subordinate was so frightened he did not dare to lift his head. He wanted to flee… Mo Beihan!

He had already been devastated. Why was this damned Mo Beihan making trouble for him again!

Didn’t he know his time was precious?

Chu Yi was crazed with rage. He muttered as he looked around for something. The subordinate raised his head to cast a terrified glance in his direction, only to see that he had taken out a gun. A malicious light glowed in his eyes for a few seconds, then he rushed out!

“That bastard. I’ll kill him!”

The subordinate jumped with fright when he saw his master rushing out with a gun. He dashed over and grabbed him. “Sir, sir, calm down… calm down…”

“Sir, you can’t! The Mo family is the most powerful family in the capital. If you rush over like that, even if you really kill Mo Beihan, you won’t be able to escape! Sir, your life is the most precious. If you are killed because of Mo Beihan, it won’t be worth it!”

Chu Yi could not calm down.

The subordinate had no choice but to babble on, trying to persuade him. “Sir, it’s not worth it. You’ve suffered so much because of Mo Beihan. If you just shoot him, you’ll be letting him off too easily. We have to find a way to torment him and make him suffer. We must humiliate him so that he would rather die!

“The best way is to make his wife and son abandon him and for him to become so impoverished every hand is against him. Only that will assuage your hatred! Sir…”

This subordinate really did not have it easy. In order to calm Chu Yi down, he wrung his brain to come up with all the arguments that he could.

But in his opinion, Sir, you had better not make trouble for Mo Beihan anymore. Let’s flee!

This demon is your nemesis. Every time you encounter him, nothing good comes out of it!

Why make life difficult for yourself?

But he did not dare utter these words.

The subordinate described such a “wonderful” future that Chu Yi finally calmed down.

This was the capital of China and Mo Beihan’s territory. He had no power here at all. Even if he killed Mo Beihan, he would never get away with it.

Besides, he might not even manage to kill him!

The more Chu Yi thought about it, the more aggrieved he felt… and the more pitiful…

There were so many tycoons fighting for territory in the world. He had enemies everywhere. He had to face hidden dangers every day. Every day, he plotted the downfall of his enemies.

To be honest, after being in this line for so many years, he had met countless enemies. But never one as difficult to deal with as Mo Beihan.

Mo Beihan had also met countless enemies. They were all dead or injured. But why did he feel that he was very unlucky? At least the others met a clean end. Some of them fled successfully. As long as they did not threaten Mo Beihan’s business in the future, Mo Beihan would not pursue them to the bitter end.

So why was he so unlucky?

He had been beaten half to death, and his health was so poor. He finally found good doctors, but they were all related to Mo Beihan’s wife. What kind of fate was this?