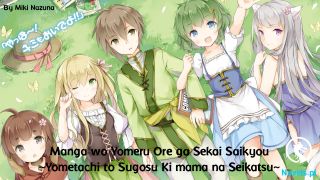 “Palace Head, retreat quickly! This person has blistering King Energy like oil poured on fire. He has signs of an Emperor Lord. Under such a momentum, we can’t fight him!”

Qingming was instantly startled. The person who spoke was one of her Senior Masters known as Rongbi. He was also one of the Saint Realm Venerables from the Taoist Faction and could compare to Chengxing.

She knew that this person was the best at observing energies and auras. If he hadn’t rushed over, they wouldn’t have been able to find traces of Yuan Wushang. This person would have silently entered Yuanlian World.

However, what did he mean by, “This person has blistering King Energy like oil poured on fire. He has signs of an Emperor Lord. Under such a momentum, we can’t fight him”?

What did her Senior Master see just now?

Rongbi seemed really worried that she didn’t understand and he explained, “This kid has formed his strength and looking at his energy, there are dragons and tigers protecting him. If you try to block, you will definitely suffer damage! We must leave quickly!”

His eyes were filled with doubt and suspicion. Although his energy viewing and form scanning technique was amazing, the King Energy of the person in front of him still had some areas which he couldn’t understand.

He felt that this energy was a little too pure and was even blinding, injuring one’s eyes.

Just one look just now forcefully stole away much of his cultivation.

Apart from one not understanding, it also made him surprised.

Zong Shou listened on from the opposite side and was slightly interested. This was the first time he saw someone who had similar skills to his father in law, Kong Rui.

This person had an energy viewing ability, but who knew how much he was able to see?

Did he really have a Phoenix and Dragon wrapping around his head? Was it really pure white?

Looking at Qingming, she was obviously tempted. Although she didn’t do anything, she was already planning to retreat.

Zong Shou instantly burst out laughing, “The ancient people always return gifts! The grievances of the Formless Demon ambush is something I will return. If you all escape safely, I will feel really annoyed…”

Qingming didn’t hesitate any more and she waved her sleeves. Chengxing and Rongbi both understood and instantly the dozens of people around all backed off toward the void.

Zong Shou laughed out loud. The Sword Intent that was protecting Yuan Wushang spread out and covered those Taoist Faction cultivators. He didn’t bother with anything else and just locked onto Qingming and those two Saint Realm Cultivators.

Chengxing and Rongbi were instantly shocked. They stopped and all their movement halted.

Their faces were covered in a cold sweat as Zong Shou’s Sword Intent had already reached the Intermediate Spirit Realm.

Without enough power supporting it, he was just comparable to normal Initial Saint Realm Experts. In their eyes, it wasn’t much of a threat.

However, just now they felt something surge in their hearts. It was as if the two of them didn’t bother and just fled like that, then one of them would just die on the spot!

However, why did such a sense of danger rise up?

Was it Yexuan, that top swordsman Dao Xiaoyao? Although he was God Realm and he could fight one versus three with a sword and defeat three Saint Realm cultivators, he had disappeared for decades and was definitely stronger than before.

However, this person’s aura was still retracted and he didn’t have any killing intent rising up. So, it couldn’t be him.

Then, was it Aoyi and Aokun? Those two still hadn’t appeared and were still in hiding, so it couldn’t be them…

Just a breath later, Chengxing and Rongbi’s gazes all fell on the 184 people behind Zong Shou. They were dressed in simple robes and they held Grade Four Magical Swords.

They didn’t worry much about these people before. At this moment, their pupils constricted, seriousness appeared in their eyes. What kind of Dao Soldiers were these people?

Where did Zong Shou find so many Celestial Realm Cultivators?

“Since you all have already come, then why are you all in such a hurry to leave?”

Zong Shou touched his sword and killing intent rose up. That day when he returned to Yuanlian World and was ambushed, he felt really annoyed.

He felt something, frowning as he turned to look at the void on the other side, at that majestic and luxurious floating giant ship.

Helplessness appeared in his eyes as he could only temporarily retract his Sword Intent.

…It seemed like the Master of this area had become impatient.

In the next instant, a few vast Spiritual Intents suddenly spread through the space and descended on this area.

Not only Zong Shou, but everyone here held their breaths. Both Rongbi and Chengxin frowned.

The suppression was too obvious. All the Spiritual Sense mostly gathered on the area behind Zong Shou.

They heaved a sigh of relief. They were able to temporarily break out of Zong Shou’s killing intent suppression and they both shook their head speechlessly.

A few Saint Realm experts working together to suppress just an Initial Celestial Realm cultivator, that was something expected.

However, after learning that Zong Shou had a few trump cards up his sleeves, they couldn’t help but feel sad for the fates of those few people.

Even if they were asking to die and reincarnate, they didn’t need to be in such a rush…

A few breaths later, a cold laugh spread from afar.

“You are the Ruler of Great Gan? How bold! To dare to bring your troops here. So, you don’t want to follow the decree of my Emperor Lord and get out of Yuanlian World. You want to decide victory against my Nine Capital Saint Dynasty here?”

Zong Shou’s lips twitched as he temporarily let off the few people opposite him.

Unless these people had other methods, they would be unable to escape from his hands.

Be it what method Qingming used, out of the three of them, there was definitely one who was going to die at his hands.

His voice was cold and clear and it reverberated through the void. Using spiritual energy that turned into physical form, anyone near this World River could hear his voice.

He still stood tall. Even with nine Saint Realm intents pressing down on him, he still held on and didn’t bend.

The torture from the Nine Extreme Death Jail wasn’t even able to crush him, someone as strong as Jueyan was also unable to make him lower his head.

Much less this small enemy formation in front of him?

The moment these words were spoken, there were hundreds of streaks of light that flew out from the ship.

Many vast auras spread out and filled this space.

Peak Celestial Realm were mainly world rulers, ruling seven to eight slightly weaker Celestial cultivators to defend a land. Such people were tough to move away.

At this moment, there were only 400 of them, 2/3 of which were the Heaven Grade Dao Soldiers of the Nine Capital Celestial Dynasty.

Just the appearance of these people was enough to cause many cultivator to be filled with despair!

What everyone paid attention to were those nine Saint Realms. Each of them took a spot, most of them were solemn, and their eyes were ice cold.

“Nine Capital Celestial Dynasty Liu Jue, Guanzhong, Bai Daozi, Ju Yeshen, Xinglong, Zuoliao, that red-haired person was called Jiming and was from Xuanling Guild. The other person I don’t recognize- the final person was Hantao, one of the few Venerables from Jijue Celestial Dynasty. His talisman path was really great…”

Lu Wubing introduced them one by one to explain their background. He introduced all their abilities, strengths, and weaknesses like they were family treasures.

This region was quite huge, along with the undiscovered areas, there were around 60,000 worlds.

It could also be said to be small. For End Realm and Saint Realm Experts, there were just a few hundred, definitely not exceeding 1,000.

The moment one stepped into Saint Realm, everything one went through would be found out by all the worlds.

Zong Shou listened on with intrigue and was slightly curious. There was one missing.

Just as he looked out, the 184 Source Ocean Demon Slaying Warriors all spread out.

They each took their own positions and followed the diagram that they trained in.

It was a small Cycle of Heaven Imperial Demon Slaying Formation!

With 108 as the main and the remaining 76 forming two Imperial Big Dipper Demon Slaying formations split to the two sides to support and cover the main formation.

Just at this moment, a jade carriage exited the giant boat.

A person wearing a dragon robe sat on top of the carriage. His clothes were both purple and gold, majestic and out of this world.

His face was squarish and gave off an elegant aura. He sat on the carriage, like a giant mountain giving one a feeling of might and majesty.

His gaze was also cold and flat as he looked at Zong Shou like he was looking at a little kid.

While filled with shock, the smile at the corner of his lips became more and more obvious.

Other people didn’t know why but Qingming and the other two knew.

Their expressions became uglier and uglier and Qingming even started to grind her teeth.

Liu Muchen came over here because he didn’t dare to underestimate Zong Shou and didn’t want to give him any chance at all.

Although his face was filled with mocking intent, he actually placed much emphasis on him.

However, why did Zong Shou have to give him a chance?

His wings were already grown out and he could laugh arrogantly at this world.

It was best if the Nine Capital Celestial Dynasty could go according to his plan and it was okay even if they couldn’t. He could still take down Yuanlian, it was just that the future matters would be a little problematic.

If he didn’t come, he might still have a chance. Now that he came, in a short amount of time, no one would be able to stop Zong Shou’s Great Gan Celestial Dynasty.

After he occupied Yuanlian World, what would Zong Shou do?

Qingming’s Spiritual Sense spread out and then her heart sank.

With Yuanlian World gone, how could the small number of Dao Soldiers and small worlds guarded by a few Celestial Cultivators survive?

They would be swallowed!

Nine Capital Celestial Dynasty would suffer heavy losses and even directly collapse. The few powers around here would definitely fight to snatch their territory.

No one would bother about Yuanlian World and Great Gan.

Even if they were worried and wary, they wouldn’t be able to care about something so far away.

“To fight to the death with me? You were the one who said it? As expected from a student of an End Realm Cultivator. You are so unrestrained and arrogant, luckily I personally came…”

Liu Muchen didn’t sense anything as he scoffed, “Do you think that I really can’t kill you?”

His tone was serious and ice cold. A vengeful killing intent surged over. It was different from the other Saint Realm Venerables and was much stronger.

“You are the disciple of Dragon Shadow, so I will give you one last chance. Retreat now and leave Yuanlian and I can let you live.”