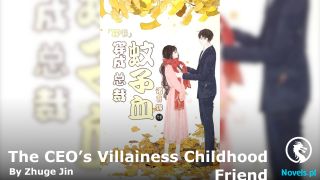 Zong Shou continued to use the Unlimited Beginning and End movement technique to head towards the spiritual explosion.

However, this time, there was one more person. In terms of movement speed, although Mingri Xuan was half a step to End Realm, he was slower than Zong Shou.

He also purposely didn’t use the Royal Demon God Shuttle that had been repaired.

Zong Shou couldn’t trust this person fully and he had his reserves for him. This was why he gave him the impression that his speed was just so slow…

He didn’t know whether that person was useful or not. Anyway, he had to be wary of him.

The closer they were to the dust, the more and more surrounding corpse troops there were. They were all alerted and gathered there.

When Zong Shou arrived, there was a handsome teen, who was dressed in a purple robe, standing on a roof. He gave off a majestic and hard-to-read aura.

Behind him was an old man and three people dressed like generals.

Zong Shou stopped and walked out, appearing on a roof opposite.

“Brother Shi called me out here using such a method, for what reason? Do you have a plan?”

“As expected, the first person to rush here is Brother Zong.”

Shiyue also smiled, “Your Majesty, you came here as you wanted to work with me, right? Not bad, I do have a plan. I have already found out how the Qin Emperor is going to be revived. There are at least six methods to stop him! However, the easiest one would be to destroy those nine revival artifacts.”

Zong Shou glanced at Mingri Xuan, thinking to himself that this fellow really didn’t tell the truth to him.

Mingri Xuan’s skin was thicker than a wall and he didn’t feel ashamed at all.

Zong Shou laughed and was just about to speak when he saw someone look towards him from behind Shiyue.

Different from the others, his eyes were filled with curiosity. Probing and also with a bit of animosity, closeness, really weird…

Zong Shou nodded in a friendly manner, and only then did he say seriously, “Xufu will at most allow us to break two or three. He will protect the rest. With his End Realm strength, along with the power of dozens of Saint Realm corpses, he will be able to do that.”

“Of course, which is why I am gathering people here. If the Qin Emperor revives, even if we can obtain unbelievable wealth, we won’t be able to head out.”

Shiyue said expressionlessly, “The 30 minutes before he revives is when Xufu is most focused. That is also our only chance. However, the nine artifacts are all spread all around. 10 miles away from one another, to kill them all we would need to split troops. Once the time arrives we will act together. Within the Qin Emperor Tomb, there are 34 Saint Realm corpse generals, 12 Copper Men, six Saint Realm Qi Cultivators, and also the Dragon Formation…”

“In other words, even if we split up, each group can’t be too weak, otherwise, we wouldn’t be able to do much, right?”

Within the Qin Emperor tomb, everyone’s strengths were being suppressed. If there were too few people, not to mention destroying the artifact, but one would even lose their lives.

Shiyue was helpless, “My Shi Family can take two areas. The others will be too much for us.”

Mingri Xuan’s eyes lit up, “I can take on one alone! I have two friends in the palace and they are quite strong!”

Zong Shou was in deep thought and said, “Senior Master Lin can be in charge of one, however, just in case, Brother Yuan and Minister Shen should follow him. As for me, I will work together with Chuxue…”

Zong Shou glanced at Su Xiaoxiao, “I will bring this woman along with me.”

The Unlimited Beginning and End Dharma Body could last for another four hours. During that time, his strength could compare to Mingri Xuan and Lin Xuanxuan.

Chuxue had a Combat Martial Body and wasn’t affected by this place. She could instinctively adjust her vital energy, and even the 12 Copper Men had no effect on her. Even she alone was stronger than Shen Yuexuan and Yuan Wushang. The strong were paired with the weak.

Only Su Xiaoxiao made one worry. It was best if he brought her along with her.

Lin Xuanxuan subconsciously frowned. However, since the situation had reached such a stage, there was no other method.

She knew that Zong Shou and her definitely couldn’t be on the same team.

However, even if that was so, there were only five groups of people…

“You don’t have to worry about the one in the south!”

A calm and cold female voice rang out.

Everyone looked out, only to see an elegant female general standing 100,000 feet away.

She was dressed in black armor, revealing her beautiful body. Behind her, there were still two more people. One of them was a giant human-sized skeleton. A cold flame danced in his eyes.

Shiyue was shocked and nodded slightly, “We can only bother you for the one in the south.”

He didn’t bother to ask the reason why she wanted to stop the revival of the Qin Emperor.

Zong Shou had an idea and wanted to get some Creation Death Fountain liquid from Gong Xinran.

Thinking about it, that trade was such a huge loss!

As for the Creation Death Fountain, it was an invaluable treasure for these dead people.

At this moment, he had nothing in his hands that Gong Xinran wanted. What a problematic issue…

However, this wasn’t the right moment. He would search for another chance to chat with Gong Xinran.

“We lack three more! Out of them, our Sword Sect can take one on!”

When these words were spoken, a white-robed scholar stepped out on a snow bright sword light.

He was obviously someone who had been through many battles. The vengeful energy coming from his body was really shocking. However, there was no dust on his white shirt at all. This person was also someone that Zong Shou was familiar to.

Sword Sect Sikong Fo was now smiling as he nodded at Zong Shou, “Your Majesty’s battle against Daoxuan was just too amazing! It also shocked me. Daoxuan Demon Lord, who caused so much trouble for years, has died in the Ruler’s hands. It is the great fortune of our Cloud World! A million cultivators have been saved and billions of living spirits are safe. Your Majesty really is kind! Compared to those who act righteous, you are so many times stronger.”

The moment he said this, a cold scoff broke out in the air, “Stop scolding me over there. If you want to talk about getting rid of Demons and protecting righteousness, our Taoist Faction won’t fall behind anyone!”

Another majestic voice rang out, “Qin Emperor is violent and abusive. If he is able to revive, it will cause chaos in the world such that the Cloud World would face another disaster. Our Confucian Faction won’t step aside and do nothing; we will go all out…”

Zong Shou blinked and exchanged glances with Shiyue before he smiled.

The gathering of all these people were pretty much all the Saint Realm experts of the Qin Emperor Tomb working together. They had at least a 30% chance of winning in this battle.

Coincidentally at that moment, his heart started to twitch. His soul felt like it was tearing apart. He felt intense pain.

A dragon-shaped illusion appeared in front of him once more. He felt intense pain in his chest and he wasn’t able to breathe at all.

Zong Shou frowned and tried his best to suppress it. However, this time it lasted for 100 breaths. He couldn’t help but look at the Qin Emperor tomb.

It had been just 30 minutes since the last time but the Qin Emperor’s aura was much thicker and stronger than before!

Looking everywhere, only Shiyue frowned. As for the other people, their faces were ashen white, their bodies were clenched up, and they were drenched in sweat.

Under the aura suppression of the Qin Emperor, they found it really tough to handle.

Even half a step to End Realm like Lin Xuanxuan and Mingri Xuan were breathing chaotically.

Shi Wuji’s situation made everyone’s eyes light up. Apart from clenching his fists and veins popping out, everything else was similar to a normal person.

Zong Shou suppressed the raging vital energy and smiled, “It seems like time is of the essence. Let’s stop wasting time and let’s discuss the arrangements? No matter what kind of hatred we have for one another, let’s just work together this time!”

Shiyue also smiled. He said frankly, “I agree! However, since we are working together, I have a request. Unless we have no choice, please Your Majesty, please do not attack my emperor! I also promise that before I exit the tomb I will not be enemies with Your Majesty.”

The time when they fought for the twelve Copper Men was the best time to kill Yinyu. He also had planned to do so.

Although Shiyue’s words sounded like discussion, they contained threats and pleas.

However, was it worth it to beg him so much for Yinyu?

Thinking about it, Zong Shou burst out laughing. To the Shi Family, it was best if Yinyu was alive. At this moment, the chaos in Great Shang would just give Great Gan an opportunity to capitalize.

Be it loyalty to the Ruler or for his own family, Shiyue would go all out to stop.

“Such words! I would agree. However, if I am really forced, then you can’t blame me.”

Shiyue relaxed. In his heart, he was thinking about Yinyu. His Majesty shouldn’t have been so crazy, right?

The key was in Zong Shou’s flying knife. That Six God Celestial Slaying Flying Knife. Beneath the End Realm, no one could dodge it and no one could block it! It only depended on the seriousness of the injury and whether or not one would die.

It was more so for Yinyu…

The discussion took just half the time it took to brew tea. Once everything was handled, everyone used all their skills to break away from the corpse army.

Zong Shou and Lin Xuanxuan split up. He brought Su Xiaoxiao and Chuxue, and using the Unlimited Beginning and End movement ability, he felt much more relaxed than before.

The artifact he was in charge of was in the north. It was in a palace, the Qin Emperor’s side palace.

It was nearest to the main hall and was the most dangerous one.

Everyone hated him. The locations of the two artifacts they were given had the highest chance of being focused on by Xufu and heavily defended.