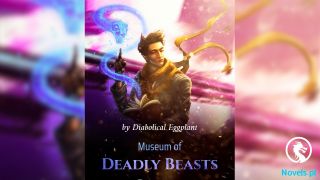 “Princess, are you leaving?” Firis suddenly stood up, and looked at Irina nervously.

She knew how much the princess loved Boss’s cooking, but right now, she was no longer coming to Mamy Restaurant to eat, and was no longer living in the restaurant.

Although she had heard that Master Alex had returned to the princess’s side, she had never heard her say anything about leaving before.

Everyone else in the restaurant also looked at Irina in shock. Although she was not working in the restaurant, she had been having almost all three meals with everyone for the past while, and was even sleeping at the restaurant. Everyone was already so familiar with each other, and upon hearing that she would not be coming over in the future, they could not help but feel reluctant for her to leave.

“Could it be because Master Alex had defeated the devil, so Big Sister Irina has decided to roam the world with him once more?” Connie looked at Irina expectantly.

She knew the dangerous situation today the best as she had heard from her master how Alex bravely attracted the thunder strike to strike the devil, therefore successfully sealing it back again. On top of that, he probably had transcended to the legendary god tier to become the strongest man in the Norland Continent.

Back then when Alex and Irina were still roaming the continent, Connie was just a little girl who liked playing with rag dolls. Right now, she felt as though she had taken part in history, and was even able to witness Alex and Irina, the legendary couple, roam the Norland Continent.

Upon hearing that, the ladies’ eyes lit up.

Stories of heroes, beauties, and perfect couples had always been in every lady’s imagination.

Mag smiled. She’s not going to roam the world. She’s just coming over to become your lady boss.

“Perhaps. We’ll meet again if there’s fate.” Irina smiled. A faint golden glow appeared beneath her feet, and she disappeared from the restaurant.

“Is Big Sister Irina… really not coming back?” Irina had left before Amy could even react.

Finally… I won’t have to be so stressed in the future. Camilla heaved a secret sigh of relief. Although she had no conflicts with Irina, the latter’s strong presence made her feel a little uncomfortable.

Everyone bade their farewell and left. While Gina went back home to visit her family, Mag shifted her glass tank to the employees’ dormitory so that she could live with everyone else in the future.

The second floor of the restaurant went back to their family’s personal space.

Annie had been added to the family, while Amy was growing up slowly. It was time they had their own rooms.

As for the master of the house, the master bedroom would of course belong to… Irina.

As for when he could step into the master bedroom openly and sleep on that huge bed, Mag was not actually certain.

“Father, did Mother really leave? Is she not going to sleep with us anymore at night?” Amy still had not gotten over Irina’s sudden departure.

Just when the three of them had reached the end of the staircase, Irina walked out of the bathroom with a bathrobe on, pointed to the room which Gina was staying in with a smile, and said, “Annie, your father has done up a new room for you and Annie. In the future, you two little fellows will be sleeping together.”

“So Mother didn’t leave! Also, are we getting a new room?!” Amy’s eyes lit up. She pulled Annie’s little hand, and said, “Let’s go, Big Sister Annie! Let’s take a look at our new room!”

Immediately, only Mag and Irina were left in the corridor.

Mag looked at Irina, who just stepped out of the shower. Her long and fair legs peeked out from the bathrobe, and her full bosom was half-hidden behind the loose-fitting bathrobe. There was a slight blush on her fair face, making her look extremely charming, just like a lotus out of water.

He swallowed his saliva very naturally, and presented his current thoughts out honestly.

Irina flicked her long golden hair, and a faint jasmine scent wafted over. She tilted her head a little, and looked at him with a smile. “Annie and Amy are sleeping in a separate room now. Where are you sleeping tonight?”

The master bedroom, of course!

Mag’s soul was raging at the moment.

If he could reject her even at this point, he was definitely not a man!

Ever since he arrived in this world, why did he reject the advances of so many charmers and vixens, and guard his purity? It was all for this woman standing right before him.

That thought even made him touched by his own faithfulness.

I really am a good man.

However, from tonight on, I am a real man.

“Ding! Please take note of the effective date for the recipes, and take the big picture into consideration!” the System persuaded.

“Hm?” Mag glanced at the recipe in his mind. There was actually a five-hour countdown.

“F*ck…” Mag could feel his passion extinguish by a sudden pail of cold water.

Irina looked at Mag, who blanked out, and could not help but feel angry and embarrassed. At the same time, she found it rather interesting.

“Mother! Come quick! Our room is awesome.” Amy peeked her little head out of the room and called out to Irina.

“I think you should sleep in the study tonight.” Irina glared at Mag, tied her bathrobe up properly, and sauntered towards Amy’s room. However, she did not hide the smile on her face.

Mag was helpless. However, that was not a bad ending. In any case, he could finish learning all the recipes tonight, and he would have more than enough time in the future.

As a god, even though he was a pseudo-god, he still had to be mature.

After readjusting himself, Mag smiled and walked into Annie and Amy’s room.

The room was around 50 square meters. It expanded a little into the area of the second floor of the designated hot pot area on top of the space of Gina’s aquarium.

There were two cute princess beds in the room and a soft carpet on the floor. There were also two transparent swings in front of the huge floor-to-ceiling window facing Aden Square.

The two large wardrobes were filled with clothes of various kinds, and just like the bed, they each had their own wardrobe with their different styles.

The room also had a bathroom and toilet attached to it, custom-made to fit the two children’s size.

There was also a small bed prepared for Ugly Duckling beside Amy’s bed.

There were cute little decorations everywhere in the room and a teddy bear the size of an adult in the corner for them to sit on its lap to play.

“Do you like it?” Mag asked with a smile. He custom-made this room, and bought every single decoration from the System’s mall. This room was the one he put the most effort into in the entire house.

“I love it! Father, I love you~” Amy pounced into Mag’s embrace, and gave him a smooch.

Annie stood beside her bed, and smiled brightly at Mag too.