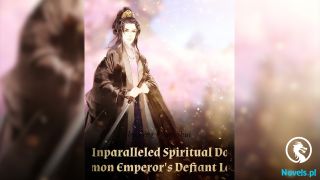 «Daddy Fantasy World Restaurant (Web Novel) - Chapter 1028 You two are eating supper behind my back!

Chapter 1028 You two are eating supper behind my back!

Gina’s face turned red instantly as she held her throat and took two steps back. There was even white steam emerging from her head. She had a pained expression as if she had just swallowed a piece of hot coal.

“Are you alright, Gina? Are you scalded? Or choked?” Mag was shocked too. He swiftly put down the knife and got a glass of ice water. After some quick thinking, he tossed in a pinch of sea salt before giving it to Gina.

Gina took the glass and downed the water in a few big gulps.

Mag seemed to hear a “shhh” sound as if hot coal was extinguished by water.

Gina put down the glass and heaved a long breath in relief. Her red face was full of sweat and satisfaction.

She thought she had swallowed a ball of fire earlier, and it was burning all the way down her throat. The seawater reserve in her body was almost all depleted, but that glass of ice water doused the huge fire instantly like a rainstorm.

She felt that short instant was as long as 100 years, and that feeling of satiation actually mesmerized her.

There was only one feeling in her heart right now.

She didn’t even feel that when she was soaking in the hot spring in a volcanic crater at the bottom of the sea.

She soothed her breathing to calm herself down, and then a shocked expression appeared on her face.

I am breathing in air now?!

Gina was totally stunned. She tried to take in a breath again, and her heart began to beat instantly.

For so many years, the Lantisdeans hadn’t been able to solve the problem of breathing in air. This was also the greatest obstacle preventing the Lantisdeans from returning to the continent.

After thousands of years and generations of hard work, the Lantisdeans finally found a substitution solution. That was to make their people practise the Reservoir Chant so they could store excess water in their bodies and then complete the process of breathing inside their bodies.

Fundamentally speaking, the Lantisdeans didn’t solve the problem of breathing. Instead, they had only resorted to using a trick to enable the merfolk to look like humans for a short period of time, and so they could live on land.

However, its limitations were huge. Gina was already the best in Lantisde apart from the high priest, yet she could only stay in the air for three hours before she had to return to the seawater to rest and store water.

Furthermore, during this process, her power would rapidly decrease from 8th-tier in the sea to 4th-tier, and as time went on, it would continue to decrease.

If this problem remained unsolved, Lantisdeans would be a weak race that could easily be abused by others even if they could return to the continent.

For this, Lantisde had tried for thousands of years and racked their brains, but to no avail.

But now, Gina was able to breathe in air?!

Furthermore, after she no longer had to maintain her breathing, her power returned to 8th-tier, which was no different than in the sea.

Gina was in a daze. She even wondered if she was still in her dream?

She grabbed Mag’s hand and placed it on her face. A warm feeling could be clearly felt, and it cleared her mind.

There was a sensation!

It’s real! I can really breathe in the air now! Gina was so agitated and surprised that she almost jumped up.

Mag stared at Gina, who looked like she had swallowed a piece of hot coal initially and then became ecstatic shortly after, with a strange expression. What was she doing?

“Are you still okay, Gina?” Mag asked tentatively. It would be his fault if she turned into an idiot after eating that piece of mud casing.

Gina jumped up and hugged Mag with gratitude as she said, “Thank you! Mr. Mag!!!”

She finally knew why God had chosen Mr. Mag—because he had the power to give Lantisde new life. He was the savior of Lantisde!

What is she trying to do now? Mag raised his hands up and stared at Gina, who was clinging onto him like an octopus, in a daze.

However, he could sense Gina’s excitement as the body that was close to his had already passed the rapidly beating heartbeat to him.

It took Mag a while to pry Gina off his body. Gina pointed at the mud casing and gestured with a flushed face. “Mr. Mag, can I eat this?”

She was already 100% sure that the change was brought about by eating this fiery hot eggshell. Although she already could breathe in a certain amount of air, there was still a difference from breathing in water. She wanted to know if eating more of the eggshell would help make her breathing smoother.

Mag pointed at the beggar’s chicken, and helplessly said, “Actually, this is the dish that I want you to try…”

The food testing had gone haywire since Gina picked up that piece of mud casing.

“But…” Even though that chicken’s aroma was enticing, Gina’s thoughts were all upon that eggshell. She wanted to know if eating enough of the eggshell would make her breathe as easily as if she was in the sea. This was very important to her.

Mag guessed that maybe Gina loved eating that hard mud casing because she had pica. After all, there were even people who loved to eat iron nails and glass, so eating mud didn’t seem to be a big deal. Thus, he nodded. “You can bring it upstairs as your supper if you really like it. Let’s try the beggar’s chicken now. Otherwise, it will lose its soul when it gets cold.”

After using a Chinese cleaver to make a few cuts on the beggar’s chicken, Mag gave Gina a chicken drumstick.

The roasted chicken’s skin was still glistening with oil, and the meat was steaming hot. A strong chicken fragrance greeted their noses and attracted Gina’s attention even though she was staring at the eggshell. She accepted the drumstick hesitantly.

Gina bit into the drumstick. The crispy skin fell away easily, and the tender chicken meat melted in her mouth. A taste that belonged to chicken’s tenderness and freshness exploded instantly, and her tastebuds surrendered immediately. She couldn’t even chew a few more times before it glided down her throat like a naughty chick.

Tender and not dry, coupled with an unique taste. This unexpected delicate taste swept Gina into a scrumptious vortex.

The tender chicken meat consoled the throat that was agitated by the hot eggshell gently like a nourishing and silent spring rain.

And once the meat entered into the stomach, it became a warm current and seeped into her limbs.

If that hot eggshell was giving an exciting sauna to her, then the delicious chicken meat was a gentle and comfortable massage that relaxed her tensed up muscles.

Gina had an expression of pleasure. She felt relaxed all over as if she was lying among soft clouds.

She didn’t even notice that her breathing had become much smoother.

“You two are eating supper behind my back!” an angry voice said!