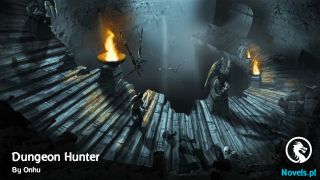 Chapter 1914: Sticking To Being A Gigolo

The pot of ‘Buddha jumps over the wall’ was finished without a drop left. Garlan took out the towel that he brought along with him all the time, and wiped his bald head clean as he burped with satisfaction.

Garlan thought that this was the best meal he had in two years. This pot of ‘Buddha jumps over the wall’ was also the best soup he had ever had in his entire lifetime.

“Your… hair really grew out?!” Mylo glanced at Garlan’s head as he exclaimed with his eyes wide open.

“Really?” Garlan was stunned. He reached out to feel his head, and felt a furry sensation on his initially bald and smooth head.

Mylo inched closer for a look, nodded, and said, “Some thin hair has sprouted out, and there’s quite a lot of it. I think it’s working.”

Mylo had known Garlan for decades. He watched how his hairline receded and expanded outward. In the end, because he looked like Kappa, Garlan had no choice but to shave his head.

That was an irreversible process. His hair only fell out, and never grew back.

However, right now, new hair actually grew out on his bald head. On top of that, the hair was growing on his crown.

“Stop touching it. If you touch it too much, and it starts falling out, you’ll be losing out.” Mylo hit Garlan’s hand away to stop him from his habitual head-stroking motion. He took a shiny silver spoon, and gave it to Garlan. “Take a look for yourself.”

Garlan took the spoon, and positioned it at various angles before finally seeing his bald head and the sprouting hair through the spoon.

“That’s hair as fine as baby’s hair. Great, fantastic! My bald head is finally coming back to life!” Garlan cried tears of joy. Two streams of tears trickled down his cheeks uncontrollably, making him look like a 60-year-old baby.

Upon hearing that, Mag, who was in the kitchen, looked out and smiled. The happiness of a food critic was just so simple.

“I told you I wasn’t lying,” Randy said with a smile. He had already finished his Mapo Tofu, two bowls of rice, and two roujiamos. Even the red braised pork was wiped out.

Garlan was overjoyed. He patted Randy on his shoulder, and said, “Bro Randy, you’re really my benefactor. If Carl doesn’t treat you well in the future, come and look for me. I’ll take care of you.”

Carl was the chief editor of Meatatarianism,and was also a scary fellow who would rush Randy for his articles, and had even sent Randy a two-meter-long blade.

However, Randy had only just met the two of them, and he did not even mention that he was a food critic. Moreover, how did Garlan know Carl? Why did Garlan even ask him to look for him?

Mylo kicked Garlan under the table, and used his eyes to hint him to watch his words.

Garlan also quickly noticed that he was so happy that he forgot about their identity. He quickly covered things up by smilingly saying, “Aren’t you a food critic with Meatatarianism? My house is actually beside Meatatarianism’s office building. I would usually see that fatty Carl when I have breakfast.

“That fellow is so stingy. He’s no good thing. He loves to rush people for their drafts, so I was worried that you would be pressured by it. If you can’t take it anymore, join me as a skin trader.”

“I see, so you know Carl too.” Randy understood what was going on. After that, with a smile and a shake of his head, he said, “Thanks, Bro, for the kind intention, but I am no longer a full-time food critic. It’s just a hobby right now.”

Mylo and Garlan looked at Randy in shock.

Mylo could not help but ask, “Aren’t you rising in popularity right now? You’re the hottest writer in Meatatarianism, why did you stop writing?”

“Writing is so tiring. It’s not stable, and I would be rushed for articles every day, or I would receive blades in my mail. After my racking my brains and coming out with something, they still say that it’s too short.

“Even though it is a little short, I can last long. I have been consistently going at it for so many years,” Randy said with a sigh.

Upon hearing that, Mylo sighed as well. He could totally understand. Although he might always attack those businesses without mercy, whenever he saw the letterbox stuffed, all he could do was to recycle the letters.

Thankfully, he was rather positive, and managed to pull through the most difficult period by selling blades. Sometimes, he would have fond memories when he saw blades.

“Therefore, now I am collecting rent. There’s a woman who keeps pestering me, and she even stuffed a huge key in my hands. She told me to help her collect rent. She would even get angry if I don’t collect rent for her.” Randy pulled his shirt up to reveal a huge key hanging on his pants. After that, he sighed, and said, “Now, I finally know that the life of rich people is really simple and boring.”

“After eating, I’ll have to go collect rent, and at night I’ll have to go back to hand over the public funds. Goodbye, bros.” Randy stood up, settled the bill, and left the two of them behind.

“A proud gigolo. This person is… a talent.” Garlan smacked his lips together.

“We can just continue being salty.” Mylo watched as Randy left. He didn’t want to work hard, either.

“Let’s go too. Today is a day with a great harvest. We didn’t come in vain.” Garlan stood up and settled the bill.

“We’re going back just like that?” Mylo asked Garlan after they stepped out of the restaurant.

“Of course not. I still have two days of treatment with the ‘Buddha jumps over the wall.'” Garlan shook his head. He smiled, and said, “This time, we have three days here. It’s such a waste to go back after only one day. Of course we have to deepen our understanding of this restaurant.”

“Is our budget still enough?” Mylo glanced at Garlan.

“You just need to squeeze something out for a budget.” Garlan did not seem to care. “Besides, as long as we can write a super hot article, Boss would definitely expense our meals. Just eat as much as you want.”

“In that case, I agree to work for a few more days. It will be best if we can work from day to night to understand this restaurant completely.” Mylo nodded.

“Are we going back to the hotel now?”

“No, let’s go walk around. I want to have a chat with the owner of the restaurant after Mamy Restaurant ends its operating hours.” Garlan shook his head.

Garlan smiled, and said, “Since we can’t find anything to nitpick on this time, it would be best if we can get the backstory of the delicacy. That way, we could set ourselves apart from Meatatarianism and Vegetarianism. Otherwise, we would be no different from those small magazines with no goals. All they do is copy and reap small profits.”

Mylo thought for a while and nodded. Garlan had full control of the content of the articles.

“I think the hot pot looks quite good. Why don’t we give it a try tomorrow?” Mylo’s eyes were quickly attracted to the designated hot pot area next to them. Those demons who ate while blowing fire looked rather funny and interesting… It seemed like a must to try.