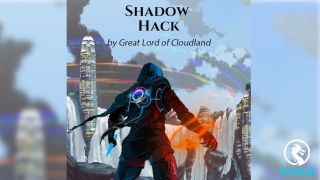 The black insects that burrowed into his body were very powerful.

Jiang Li’s 3,000 spider children were completely not a match.

The children that surrounded from all directions and tried to intercept were bitten by the black insects, and a large number of losses quickly appeared.

After all, those black insects were basically transformed from Nascent Soul or even Soul Formation cultivators. One or two of them was already troublesome enough.

With so many surging in together, how could the dream power that had just formed and had yet to develop resist?

The dream clone released the ravings and wanted to drag these black insects into the dream.

However, these thousands of ghosts that had lost their human appearance no longer had the ability to dream.

There was no way to drag people into the dream. 90% of the methods of the dream clone had already been crippled. Seeing that he was about to be pounced on by the black insects, he was also covered in holes.

Fortunately, Jiang Li was still standing behind the clone, so he naturally could not let himself suffer a loss.

With a thought, a white flaming snake followed the threads that fell from Jiang Li’s dream and landed on the spiderwebs that stretched out.

The Holy Spirit Fire Snake’s long tail slashed out, and the dream spider web was immediately burned to ashes when it touched the tail formed by white flames.

The huge snake swung its tail a few times and crossed dozens of dream spiderwebs, splitting the area invaded by the black insects and the larger spiderweb.

These insects were even more terrifying than the plague. The first thing to do was naturally to isolate them.

The stable threads were broken, and the black insects lost the path to corrode more souls. They turned around and actually rushed towards the culprit, the Holy Spirit Snake.

Black insects shot at the fire snake at an extremely fast speed like sharp arrows. They bit it and desperately wanted to enter.

The Holy Spirit Snake was stunned. After it landed in Jiang Li’s hands and was refined into the Ghost Lantern Cold Flame, those ghosts would be extremely vigilant even if they did not run when they saw it.

This was the first time it had seen such brave and stupid ghosts.

No wonder all living beings were afraid of death.

It was not easy to stay in Tragic Death City. The days after one’s lifespan was exhausted were even harder. These ghosts were tortured until they did not even have the most basic rationality.

After obtaining these nutrients that had walked into the trap, white flames rose, and the snake body that was not small suddenly grew by 30 feet.

It had to be said that the quality of these things was really not bad. It was not easy to find so many high-quality ghosts elsewhere.

The last time it ate so much was when it swallowed an entire tree heart in the underwater graveyard.

Unfortunately, not all the black insects were attracted by it.

There were also many insects that had already bitten through the spider silk cocoon and entered the souls of dozens of vines.

Soon, the fragile souls turned into white lights and were retrieved by Tragic Death City.

He controlled the Purple Vine Demon that had stabilized again to sense the outside world.

In the sky above the doll world, the huge palm that stretched out from the ground still did not stop attacking.

After being blown up by Granny again, he simply split into countless ghosts and chased after her relentlessly.

Granny Nether Mountain, who was not in a good state to begin with, suffered quite a bit from the continuous collisions.

However, under such circumstances, she still held the withered vine in her hand tightly and was unwilling to give up.

It seemed that she really needed the Ghost Lantern Cold Flame.

Taking advantage of the fact that “Granny” Netherworld Mountain was resisting the black hand below with all her might, Jiang Li controlled the end of the vine and quietly entered the other party’s sleeve.

He took out a wooden sign hidden in the other party’s sleeve.

At the same time, in a secret room somewhere in Tragic Death City, a few cultivators on duty suddenly raised their heads and looked at a flickering tablet.

The ranking was covered in cracks. The name written on it was the Polar Castle Lord, Bai Wuju!

“Bai Wuju is already dead, but someone took his death token and returned to Tragic Death City!”

The news was quickly spread, although their main force had left and they were short of manpower.

However, there were still three Earth Immortals who soared into the sky and immediately locked onto their target, rushing towards the cross-dressed big shot who was causing a commotion in the sky above the street.

“Who are you? Why is Bai Wuju’s death token on you!”

“You’re the one who robbed us!”

“Hand it over quickly, or else your soul will dissipate!”

When the three unknown Earth Immortals saw that “Granny” Netherworld Mountain ignored them, they were furious.

Without saying anything else, they attacked together.

With the combined strength of the three Earth Immortals, even if “Granny” Netherworld Mountain was at her peak, she had to treat them seriously.

Not to mention that he had first been corroded by the sea of resentment above Tragic Death City, and then dozens of Ghost Devouring Worms had entered his body.

Her condition was deteriorating. She was already flustered dealing with the Ghost Hand Worms that kept surging out from the ground.

Now that she was suddenly attacked by three Earth Immortals, the pressure increased exponentially.

Under such a pincer attack, it was inevitable that “Granny” Netherworld Mountain would be distracted. The strength in her hand subconsciously decreased.

Now was the time!

Seizing the moment when Granny Nether Mountain was under the greatest pressure, the Purple Vine Demon suddenly twisted and took the initiative to break its body.