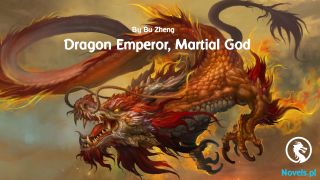 Chapter 1593: Royal father’s kidney is mine

The sound was particularly crisp.

The sword’s tip had directly pierced Song Shuhang’s waist, resulting in the sound of metals clashing.

If it weren’t for my powerful physical body, and the two top-tier body-tempering techniques I practice, my kidney would’ve been pierced again today, and there would have been no saving it.

Song Shuhang turned his head and looked behind him.

Royal father’s kidney is mine!

The flying sword that she was hanging from turned into a fingernail-sized metal fragment, and returned to the puppet maiden’s finger.

By simply looking at her, the puppet maiden did not seem to be carrying any weapons, but in actuality, she could split off numerous types of offensive magical treasures from her body.

She could do more than just crouch down while holding her head to defend herself.

She could also use the ‘orz’-style defense.

At this time, the puppet maiden intermittently said, “The enemy was too strong. I couldn’t stop them. I could only focus on sending Yinzhu back first… I set the flying sword’s destination to be this building in the Jiangnan area. And if you were here at home, the flying sword would prioritize your aura as its destination point.”

“The enemy was even stronger than you? Were they a Ninth Stage Tribulation Transcender?” Song Shuhang asked with a frown.

…The area at his dantian was getting increasingly painful, but being in front of several fellow daoists, he had to endure this pain and act as ‘Profound Sage Tyrannical Song’ would.

Fortunately, this kind of pain was completely within the scope of what he could tolerate.

Daoist Priest Eternal River and the several fellow daoists who were responsible for picking up the goods quietly swallowed their saliva.

He truly was worthy of his title of first Sage in 1,000 years. His enemies were those at the Ninth Stage Tribulation Transcender Realm!

For little cultivators like them, let alone Tribulation Transcenders, they would rarely even get to meet Seventh Stage Venerables.

It would already be a great blessing for them to see a living Profound Sage… right, except for Profound Sage Tyrannical Song.

“Yes, he was definitely at or above the Tribulation Transcender Realm. When I faced him, I could not fight back at all,” the puppet maiden replied slowly. “Moreover, he knew too much about puppets. When I faced him, I was completely powerless. In the end, even my new core was taken away… That core you gave me, what exactly was its origin? The only thing that guy wanted was that core. After taking out my core, he threw me aside.”

The puppet maiden felt slightly disheartened. Regardless of what was said or done, wasn’t she still an Eighth Stage puppet? If one were to take away the materials on her body, even her fingernails would fetch a sky-high price. Despite that, the other party had thrown her aside like she was trash.

Song Shuhang responded, “That was the core of a half-spider puppet king, and it used some technology called ‘pseudo-eternal furnace’. At that time, the puppet had been over 89% destroyed, but its energy core had remained intact. As for the creator of that puppet… it should be the Immortal from the Jet-Black Sect. F*ck!”

An existence that could completely suppress the puppet maiden, knew puppets like the palm of his hand, and said that the ‘puppet core’ was originally his…

Couldn’t the person who had taken the puppet maiden’s core only be that mysterious Immortal from the Jet-Black Sect?

Song Shuhang smiled wryly, and said, “If it really was that person from the Jet-Black Sect, then we wouldn’t be able to retrieve that puppet core for the time being.”

However, wasn’t that ‘puppet core’ something that the Immortal had created before stepping onto his path? With that being the case, wouldn’t the technology used to create it already be outdated, resulting in it being pretty much useless for him?

Why would he even take that ‘puppet core’ back?

Were there other secrets hidden in that ‘puppet core’?

The puppet maiden slowly came to Song Shuhang’s side, and stretched out her small hand to pat his shoulder. “Can you find me another core? The energy from the spirit stones you just gave me is being consumed very quickly. I feel like I’m going to be switched off at any moment…”

Song Shuhang put Little Yinzhu on his shoulders, and replied, “How can a core of that level be so easy to find? Fairy maiden, maintain the minimum possible level of activity while I support you with spirit stones. Turn off all your unnecessary functions first. After that, you’ll just have to wait until we find a suitable core for you.”

Was she going to run out of power?

Fairy maiden, I just gave you a big box of spirit stones. Although they were all at the Sixth and Fourth Stage, there were a lot of them. There were over a dozen Ninth Stage spirit stones’ worth of them.

You’re an Eighth Stage puppet, why do you consume so much energy?!

The puppet maiden’s speech rate returned to normal, and she softly said, “The quality of the spirit stones you gave me was too low. Hence, the spiritual energy can’t be extracted stably, resulting in the output power being insufficient and the intermittent crashes.”

“How about we work together to steal the core back?” The puppet maiden sat on the stone bench in the yard, placed her hands beneath her chin, and said, “I met that guy at noon, so he might still be nearby. There’s a chance that we can find him.”

In other words, that Immortal from the Jet-Black Sect might still be nearby!

Song Shuhang replied, “I feel that we shouldn’t waste our efforts chasing him. After I sell the 120 Fifth Stage Celestials here, I’ll get another large batch of spirit stones. At that time, I can give them to you so that you can absorb them over a period of time.”

When he said this, Song Shuhang’s heart was in extreme pain.

He had finally managed to get a small fortune, but before the spirit stones could even get to his hands, they were already set to be used up.

At this time, Senior White said, “How about I do some modifications to your body, and give you a function that will allow you to maintain a state of minimum consumption? For example, you can choose to only keep the functions of walking and talking. This way, the energy consumption would be decreased to the lowest level, and a Fourth Stage spirit stone should be able to sustain your activity for a very long time.”

What should I do? Should I stop Senior White?

Song Shuhang said, “I’ll have to trouble you, Fellow Daoists. Also, I have to thank you for delivering the puppet maiden back to me. If it weren’t for you finding her, I believe that it wouldn’t have been easy for me to find her.”

“Fellow Daoists, please wait for a moment. To show my gratitude, I will be giving you something.” Song Shuhang smiled.

Daoist Priest Eternal River and his several companions couldn’t help but take half a step back in unison.

Profound Sage Tyrannical Song said that he wanted to give us something… What should we do? Waiting online for a reply, extremely urgent!

Song Shuhang stretched out his hand, and got fresh water from the living spring in his Inner World, giving Daoist Priest Eternal River and his companions a cup each.

Song Shuhang explained, “This is the water of a living spring. It can prolong one’s life by 50 years, and also has the effect of strengthening one’s body.”

If it weren’t for these fellow daoists bringing back the puppet maiden by coincidence, Song Shuhang would have not known where to look.

Thus, he felt the need to thank them.

However, because he was too poor, Song Shuhang had nothing to give as a gift to them. After giving it some thought, the only thing he had that was suitable was the water from the living spring.

When Daoist Priest Eternal River and his few companions took the water from the living spring, a particular fragrance wafted from the water that made them want to drink it all up right away.

However, not knowing why, they were immediately reminded of the legendary ‘Mother-Child River Water’, which would make people pregnant once drunk.

They weren’t going to get pregnant if they drank this, were they?

“Fellow Daoists, please have a taste. However, one cup is one serving, and it must be drunk all at once in order for the full effect of a 50-year-increase in lifespan to eventuate,” Song Shuhang reminded.

Profound Sage Tyrannical Song, are you saying that we must drink this on the spot?&nbsp;Daoist Priest Eternal River looked at Song Shuhang, gritted his teeth, and drank the spring water in one go.

If they drank it, there was a chance that they might get pregnant. But if they didn’t drink it, they wouldn’t be giving ‘Profound Sage Tyrannical Song’ face.

And if they did not give Profound Sage Tyrannical Song face, how many pregnancies would they have to go through?

After drinking the spring water… the abdominal pain they were expecting did not come. On the contrary, they felt comfortable all over. They felt that they had become younger, and their lifespan had increased.

“Thank you for the gift, Senior Tyrannical Song.” Daoist Priest Eternal River cupped his fists and bowed to Song Shuhang.

A treasure that prolonged one’s life! Even if it was just a lifespan increase of 50 years, it was still something that could only be chanced upon and not sought.

Moreover, the taste of this water was truly amazing. Therefore, they felt that drinking it all in one go had been quite wasteful; they should’ve instead savored its taste.

After bidding farewell to Profound Sage Tyrannical Song, Daoist Priest Eternal River and his companions drove the truck away from Medicine Master’s building.

On their way back, Daoist Priest Eternal River sighed. “Today, we were lucky and escaped a calamity.”

“It really is a great fortune that we did not get pregnant.”

“And we even got to drink spring water that increased our lifespans by 50 years. If I’d known earlier, I would’ve stored it away as it would definitely fetch a high price. We’re still young, so we don’t need to use such spring water. However, there are surely cultivators out there whose lifespans are about to reach their end, and they would be in urgent need of this spring water.”

Daoist Priest Eternal River glanced at the location of Medicine Master’s building. “But in the future, I will definitely not come here again. After sending these goods back, the spirit stones will be sent to Profound Sage Tyrannical Song via a flying sword!”

Back at Medicine Master’s building.

But for now, he would let this matter wait.

He would first have the twins in the whale core’s belly squeezed out!