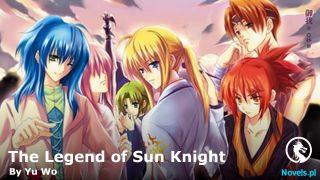 Chapter 1591: The great oversight in the Impregnating Gaze

The exit of the Inner World was currently situated in the restaurant at Western Orchid Island.

As for his main body, Senior White, and Lady Onion, they stepped out of the Inner World together.

When he came out, Song Shuhang found that Chu Chu was currently hanging off of the roof of the restaurant, looking like she was repairing the roof.

Song Shuhang curiously asked, “Chu Chu, you know how to do building repairs?”

Chu Chu lowered her head and smiled. “Teacher, I’m only adding several stabilizing and strengthening formations to the roof. The weather forecast warned of a typhoon coming to Western Orchid Island the day after tomorrow, which is why I’m taking precautions. ”

Chu Chu said, “I’m quite busy right now, so I can’t. Right, Teacher, can you buy some ingredients for me when you go shopping? I made a list, and it should be on the counter.”

…She had already strolled around Western Orchid Island a few times, so staying in the restaurant felt more interesting to her. Moreover, Senior White seemed to be in an especially good mood today, having a smile on his face all the time… It was too charming. Her instincts told her to keep her distance from Senior White today.

Song Shuhang said, “Alright, then I’ll be leaving the place to you.”

Song Shuhang, Senior White, and Lady Onion opened the door of the restaurant, and went shopping.

Senior White asked, “Are you thinking of sending Chu Chu over to her?”

Song Shuhang nodded, and said, “I want Chu Chu to study with Immortal Fairy Bie Xue for a period of time.”

“Hm… I haven’t chatted with Bie Xue recently, so I’m not sure if she’s lacking any disciples.” Senior White thought for a while, and his eyes suddenly lit up. “Right, Shuhang, you could ask Fellow Daoist White Rabbit to talk with Fairy Bie Xue and gather some info. Then, you can have Fairy Bie Xue display her cooking skills to Fellow Daoist White Rabbit; he’ll definitely be satisfied with her cooking.”

Song Shuhang said, “Senior White, why do I feel like you’re trying to throw the hot potato over to someone else?”

When he had the time in the future, he could invite Senior White Two to have a meal over at Immortal Fairy Bie Xue’s place.

Perhaps he could even get to eat immortal dishes for free!

That was a good idea.

At the side, Lady Onion timidly said, “Can we stop talking about Immortal Fairy Bie Xue?”

She had suffered some trauma because of Immortal Fairy Bie Xue, who was her archenemy.

Lady Onion said, “Also, can we hurry it up a bit? This food street we’re currently in is making me very uncomfortable.”

Bursts of fragrance wafted and lingered all around the food street.

All kinds of food from various countries could be found in this part of Western Orchid Island.

A look around would let one see stall owners skillfully chopping little onions, their knives flying everywhere as they minced the little onions into smaller pieces.

This was extremely cruel for her.

After letting out a sigh, Song Shuhang said, “Lady Onion, you can’t continue living like a salted fish. I think you should begin practicing diligently again.”

…After all, she was a monster spirit that had the tremendous potential needed to become the Wielder of the Heaven’s Will.

“If you’re talking about practicing, I do it every day,” Lady Onion said. “I practice the ❮Tome of Never-Ending Tears❯ and train with the Nine Virtues Phoenix Saber every day, practicing each for one hour for a total of two hours of practice.”

“That’s too little, two hours of practice time is too short,” Song Shuhang said solemnly. “You must be more strict with yourself and must not waste your talent. After all, your cultivation talent is at least 4.5 times higher than mine!”

“Huh?” Lady Onion raised her head and stared at Song Shuhang. “My talent for cultivation is 4.5 times yours? Don’t lie to me.”

“This is something that Senior Scarlet Heaven Sword told me personally,” Song Shuhang said.

“…I think that the ascension algorithm doesn’t work that way,” Song Shuhang responded.

Lady Onion asked, “Then, how long will it take me to ascend?”

Senior White said, “Your realm is still low. If you begin practicing often, you should be able to ascend to the next realm in around 10 years.”

“Ten years?” Lady Onion stretched out her small white hands, and looked at her ten fingers. Afterward, she raised her head to look at Song Shuhang, and pointed at him. “It took you one month!”

You big fat liar, do you think that I don’t know how to do math?!

Song Shuhang said, “Regardless, your cultivation talent is very good and should not be wasted. I’ll tailor a cultivation plan for you so that you aren’t always this decadent.”

Lady Onion raised her head and stared at Song Shuhang. “I have a question.”

Song Shuhang asked, “What is it?”

Lady Onion asked, “I practice for at least two hours a day, how about you?”

This silly green onion cultivates for at least two hours a day, but what about me?

To be honest, he was very diligent in his cultivation. As long as he was free, he would make use of the time to practice.

The problem was… that he didn’t have much free time recently.

Song Shuhang turned his head, looked back at Lady Onion, and then the corners of his mouth curled upwards. “Every day, as long as I am free, I will start practicing. As long as I have the time, I won’t waste it.”

Because he was speaking the truth, Song Shuhang could speak confidently.

As long as he’s free, he starts practicing immediately?

Isn’t he a cultivation madman then?

Perhaps I really do have to start practicing diligently,&nbsp;Lady Onion thought to herself.

When winter break came, he would prepare to close up for a month. As a Fifth Stage Spiritual Emperor, the fact that he had never even performed a month-long seclusion was quite embarrassing to say.

Shopping with Senior White was like carrying an all-purpose ‘discount card’ around.

This world was truly a world where one’s looks mattered the most.

Song Shuhang didn’t have to bargain when he took Senior White to buy a phone. He only needed to bring Senior White and Lady Onion to a store, point out how many phones and what model he wanted, and the store owner quoted them a price that was close to the manufacturing price.

He bought one each for Lady Onion, Senior Turtle, Pavilion Master Chu, the puppet maiden, and Little Yinzhu.

He bought one for Su Clan’s Sixteen since her phone had exploded.

As for the remaining 10, they were bought for Senior White’s experiment. Senior White wanted to try and see if he could combine the ‘magical power top-up device’ and a ‘phone’ together.

With a large box of phones in hand, Song Shuhang left in satisfaction.

Afterward, they went to clothing stores, and then went to buy the ingredients Chu Chu needed.

They bought everything at the lowest price possible. It felt illegal, but it was really refreshing.

Song Shuhang said in his mind,&nbsp;Tonight, when I go and exchange the Celestials I have for spirit stones and points, it would be best to have Senior White sit by the side. Senior White doesn’t have to do anything, just there and drink tea. At that time, the Sixth Stage Celestial will definitely sell for a good price.

To top-up Lady Onion’s account, Song Shuhang would have to wait until they got back to China since he needed to make a bank deposit first.

…Nevertheless, the next step was to arrange a training plan for Lady Onion.

However, I previously promised her that I would top-up her account, and I still need to do that.

Still, it wasn’t like Lady Onion would have much time to play games in the near future.

After handling the affairs on Western Orchid Island, Song Shuhang and Senior White set off to return to the Jiangnan area. He had arranged with Fairy Little Ke for the location of the transaction to be Medicine Master’s building.

Song Shuhang’s clone and Chu Chu stayed behind to look after the restaurant.

On their way back, Senior White didn’t use his spatial abilities.

He took out a new type of immortal shuttle—this was White Two’s imitation of the Universe-Piercing Flying Shuttle.

Senior White wanted to test out its performance.

The immortal shuttle soared into the sky.

This speed would definitely leave one brushing shoulders with the god of death.

While sitting in the shuttle, Song Shuhang felt that he was constantly at death’s door and could die at any moment.

The speed of the shuttle still continued to rise.

The reason he fell asleep was not his fear of high speeds. After all, Song Shuhang also liked the excitement of riding an immortal shuttle as it had an outer shell that made him feel safe.

During his sleep, Song Shuhang had another dream.

But after having the morning experience, Song Shuhang didn’t immediately think that he entered a dreamland.

He first began to observe and ponder the plot that unfolded in the dream.

In the dream, a familiar figure appeared in front of Song Shuhang.

It was the Scholarly Sage!

At this time, the Sage was treading the air and clouds.

He was holding a scripture, and he was reading its contents while walking in the air.

And Song Shuhang’s point of view remained constantly behind the Sage.

As he walked and walked, the Sage suddenly stopped.

The Sage suddenly said, “There’s actually a flaw with my Impregnating Gaze. This is a huge oversight.”

There is an oversight in the Impregnating Gaze?

Is it that it couldn’t bring about the birth of a child?

If you really want it to cause others to give birth to a child, then this secret technique is too f*cked up!

“When a woman is pregnant, there is a possibility that she carries twins. However, the Impregnating Gaze can only make people experience single pregnancy, not the hardship of twins,” the Sage slowly said.

The Sage said, “As such, I’ll try having both eyes use the Gaze of Maternal Love at the same time.”

Then, a strange light flashed in both his eyes at the same time.