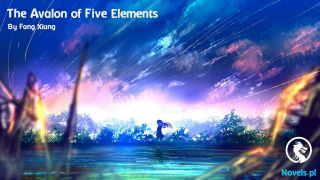 “Ah? Aaaaaahhh~” The volume of the big-bearded man’s scream was astonishing. Its volume was extremely high, and its tone even directly reached the level of the tenor high C, the highest note that a man could reach.

Because his current existence was similar to that of a ‘soul body’, no blood flowed out after he got stabbed by the sword. Instead, there was only a large hole left behind.

The virtuous lamia withdrew Scarlet Heaven Sword. The body of the big-bearded man collapsed toward the large hole in his chest, quickly turning into a fist-sized ball of light.

Song Shuhang controlled Doudou’s paws and pressed it against the ball of light, using the soul ferrying technique. The sound of scriptures reverberated, while the light of great compassion, great virtue, and great wisdom enveloped the ball of light.

With the chanting of scriptures, the ball of light that had once been the big-bearded man was ferried to the other world.

Song Shuhang said in surprise, “Heavens, is something like this even legal? This doesn’t have a shred of Buddhism in it!”

The other party was first killed and then casually ferried away. This no longer abided by the principles of Buddhism, right?

However, facts spoke louder than words. It could not be denied that the big-bearded man’s soul had been ferried.

“Hehe, that guy was unlucky to have been hit by the edge of my saber body… Ah, I mean sword body,” Scarlet Heaven Sword said. “Shuhang, look for an opportunity to cut apart the several other souls. They all seem to be in some kind of ‘soul body’ state, and you’re able to ferry them after killing them. If you miss this opportunity, you may never be able to encounter it again in your entire life. Ferrying one of them is like ferrying ten thousand ordinary souls. You’ll be able to steadily raise your power of virtue with this!”

Song Shuhang asked, “What is their origin?”

It seemed like Scarlet Heaven Sword knew the origin of these guys!

“These should be the fanatics and saints that reside in the [Divine Kingdom], the place where [Deities] come from.” Scarlet Heaven Sword then added, “Don’t ask me more about them because I don’t know. I am just a saber-intent using Scarlet Heaven Sword. I was speaking on Fairy ＠#%×’s behalf earlier.”

The virtuous lamia raised her head and looked at the huge eye, blinking at it as if she were looking at a delicious cake.

There were no pupils in their eyes, only pale flames.

Zhou Li waved his hand, causing the chain to sweep upwards. However, when the chain met the assassins, it went through their bodies and did not hurt them at all.

“Hahahaha!” The assassin laughed with arrogance. His figure flashed rapidly, appearing in front of Zhou Li in an instant. Then, a sharp claw shot out from his hand and rushed towards Zhou Li.

“You can’t hurt me, but the same does not apply to you. Die… Ugh~” The assassin had yet to finish speaking when a burning sword suddenly pierced his chest.

How is that possible? We should be intangible while in stealth mode! The assassin gazed at the tip of the sword piercing his chest, not daring to believe what had happened.

Scarlet Heaven Sword sneered, “Intangible? Not even the users of the famous ❮Mysterious Principles of Space Secret Technique❯ of the Beast Realm, dare to say that it could allow one to become intangible. That state of yours was nothing but a joke.”

The virtuous lamia pulled Scarlet Heaven Sword back with her right hand and grabbed Doudou by the neck with the other, rushing forward.

Song Shuhang exclaimed, “This really feels uncomfortable. Fairy Waiting for a Promise, Doudou isn’t a cat, so it hurts if you hold onto us like this!”

At the same time, he extended his paws and pressed it against the assassin.

Similar to the big-bearded man, the assassin collapsed and turned into a fist-sized ball of light. Song Shuhang controlled Doudou’s paws and used the soul ferrying technique; the ball of light was ferried without a problem.

After doing so, a great quantity of light of virtue poured into the virtuous lamia.

Ferrying this single person was really comparable to ferrying the souls of ten thousand ordinary souls.

Song Shuhang said questioningly, “Could that flaming eye in the air be one of those deities? If so, why is it trying to capture Doudou?”

Soft Feather guessed, “Perhaps it’s a dog god, and it happens to want to take Doudou as its wife?”

Song Shuhang said, “Although Doudou is indeed getting married, it is a male Pekingese. So… Could this flaming eye be a female dog that wants to kidnap Doudou and make him her husband?”

Su Clan’s Sixteen said, “Seriously though, could all of this be related to the huge golden platform under our feet? I’ve been getting the feeling that this golden platform is some kind of altar.”

This ‘palanquin’ used to bring Doudou did indeed seem a bit too grandiose. Combined with what Scarlet Heaven Sword had said just now—about the flaming eye being some sort of deity—Su Clan’s Sixteen suspected that this golden platform might have been an altar built by the believers of the flaming eye. Later, it somehow ended up in China, and finally became a ‘palanquin’ used for weddings.

“Sixteen is probably right, heavens~ I always felt that Doudou’s wedding was a little weird. Did you not feel that Senior Yellow Mountain was a bit too tolerant? At one of the most important events in Doudou’s entire life, he had actually acquiesced to us swapping consciousnesses with him. If you think about it, isn’t it a bit much?” Song Shuhang said. “True Monarch Yellow Mountain spoils Doudou so much. If he really wanted to marry Doudou, he would certainly not allow us to ruin the wedding in this way. There definitely is something bigger going on here.”

Scarlet Heaven Sword said, “You really have become a chatterbox.”

He hadn’t exaggerated this time. He had already tried to shorten it as best he could.

Soft Feather added, “I feel that way too. I was very surprised by Senior Yellow Mountain last night. He said [Perhaps… it’s the best choice to leave little friend Shuhang in control of Doudou’s body as he can cope with sudden emergencies.] From that, we can infer that Senior Yellow Mountain knew that something odd was going to happen during today’s wedding!”

Su Clan’s Sixteen continued, “So, this flaming eye could have been deliberately drawn over by Senior Yellow Mountain, right?”

Song Shuhang replied, “That should be the case. This two-faced style of doing things does have Senior Yellow Mountain’s characteristics. However, I still don’t get why he wanted to lure over this deity… Did he want to capture it?”

Song Shuhang asked, [It’s nothing, it’s nothing. Are you close by, Senior White?]

Senior White Two: [I was just playing hide-and-seek with someone, and I happened to be hidden nearby when you suddenly called me. I almost got exposed.]

I only used my consciousness to think about the word ‘Senior White Two.’ That’s already considered calling?

Senior White Two said, [Don’t call me if you don’t need help. I’m in trouble now, and I’ll be done for if I’m discovered. Calling someone’s phone while they’re playing hide-and-seek is a type of disruptive behavior. I’m hanging up now.]

After saying that, he hung up on Song Shuhang’s consciousness.

Anyway, who is Senior White Two playing hide-and-seek with?

Giving it some more thought, it seemed that there was only that one being who could do so, the current Wielder of the Heaven’s Will. In the main world, only the Wielder could force Senior White Two to play a hide-and-seek game.

Song Shuhang stretched out Doudou’s paws and rubbed his temples—it was the live version of a dog rubbing its head.

This matter was getting more and more complicated.

While Song Shuhang was distressed, he, Su Clan’s Sixteen, and Soft Feather felt that someone had grabbed their neck again.

The virtuous lamia carried Doudou in one hand and Scarlet Heaven Sword in the other as she crept behind an assassin.

The assassin was fighting Fairy Lychee.

Facts had proven that the stealth mode of these shadow assassins wasn’t that strong. After a few moves, the fellow daoists of the ‘Nine Provinces Number One Group’ were able to see through it.

At this time, the assassin who was fighting Fairy Lychee was preparing to summon his teammates to deal with her.

But just as he opened his mouth, a burning sword pierced his chest.

This was already the third assassin who died under the virtuous lamia’s sword.

According to the previous steps, Song Shuhang extended Doudou’s paw, activated the soul ferrying technique on what was left of the assassin’s body, and ferried it.

Soft Feather said, “Strange, are these assassins blind? Why can’t they see Fairy Waiting for a Promise?”

Su Clan’s Sixteen said, “They’re indeed blind. Have you forgotten that they scooped out their eyes to summon the flaming eye above their heads?”

Song Shuhang said as he finished ferrying the assassin’s soul, harvesting another bountiful wave of ‘power of virtue’, “Perhaps as long as Fairy Waiting for a Promise is careful, these assassins won’t be able to sense her.”

As he said that, the virtuous lamia stood on her tail and jumped behind the assassin fighting Zhou Li.

She then raised the sword and let it descend.

Just like before, Scarlet Heaven Sword came from behind and pierced through the assassin’s chest.

At the moment of his death, the assassin’s eyes lit up, and the flame in his eyes looked at the sword piercing his chest. Then, he issued a terrifying scream.

Afterwards, the virtuous lamia cuddled up on her tail and waited.

The assassin who was fighting Northern River’s Loose Cultivator suddenly glid right past her.

At that moment, the virtuous lamia jumped up, and Scarlet Heaven Sword dashed forward mercilessly.

After finishing off the fifth assassin, the virtuous lamia took the initiative to attack. As she was approaching the sixth assassin, she brought out a slipper and covered it with her light of virtue. She attacked, and the sixth assassin fell to the ground with a single slap of the slipper.

The virtuous lamia sped forward and used the tip of her tail to attack the assassin.

The assassin quickly began rolling away to dodge.

But as he was rolling away, he ended up exposing his back to the virtuous lamia, and so, Scarlet Heaven Sword mercilessly delivered him a strike.

Today, the virtuous lamia wasn’t interested in playing dead. Instead, she had activated her unstoppable mode.