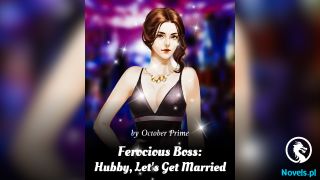 Do you really think that I don’t dare use the Expert’s Appraisal Technique on each of you to determine if you’re a peerless expert or not? My left eye has long been itching to be put to use!

The way by which the Impregnable Holy City had appeared this time was the same one as when he summoned it back during the Immortal Feast. Although it was still very shocking to others, Song Shuhang felt that it wasn’t novel enough.

Song Shuhang considered himself to be a man who strived for perfection and changed with each passing day. So he felt that it would be best to freshen things up a bit and give the fellow daoists who were present a different viewing experience.

The Dragon Network Assistant replied, [Yes, Administrator Tyrannical Dragon. I can hear you.]

Song Shuhang asked, [Can you project the Throne of the Rising Sun behind me?]

If it was only a projection, it shouldn’t consume too much energy, and much less so when considering that it was at full energy. Moreover, the seniors of the Nine Provinces Number One Group who had signed a contract with the Throne of the Rising Sun were all present. It just so happened that the projection would resonate to the greatest extent at such a time.

Subsequently, the Dragon Network Assistant projected the Throne of the Rising Sun through Song Shuhang.

Behind the Impregnable Holy City, a dazzling little sun emerged.

A large number of thrones was visible in this little sun. On every throne sat a majestic Sage. These Sages corresponded to the Ancient Sages in the Impregnable Holy City.

“…Another little sun? It suddenly feels so hot.”

“There are already three suns in the sky. Are they trying to remake the movie ‘Ten Suns in the Sky’?”

The weather was clear today, and the sun was shining brightly in the sky. On the left was the little sun of Ancient Sage Spirit Butterfly, and on the right was the little sun of Profound Sage Tyrannical Song. All of a sudden, it felt like the temperature had risen greatly. Those present felt their mouths go dry, their throats go dry, and even their magical vestments felt like they were burning.

“Wait, I seem to have discovered something. Look at the little sun behind Profound Sage Tyrannical Song… That figure on the right side at the center, doesn’t she look like Ancient Sage Spirit Butterfly?”

“Where? Heavens, I see it too. It does look like her.”

“Now that you’ve said that, don’t you feel that the figure inside the little sun behind Ancient Sage Spirit Butterfly looks very familiar? Seeing him, my scalp goes numb, and even my stomach starts convulsing a bit. When I look at that figure, I feel as if I’m looking at Profound Sage Tyrannical Song.”

“I seem to have discovered something terrifying.”

“Or… Could it be some kind of dual cultivation technique?”

“Regardless, it’s clear that there’s a relationship between them.”

“Sage Monarch Spirit Butterfly’s family actually has three Profound Sages. This… This is too terrifying!”

“He isn’t someone we can afford to provoke…”

“If we encounter Sage Monarch Spirit Butterfly’s descendants in the future, we must be extra careful and avoid offending the other party. If this trend were to continue, there’s a good chance that more Profound Sages are going to appear his lineage in the future.”

Sage Monarch Seventh Cultivator of True Virtue’s mouth twitched—WTF, it seems like today, little friend Song’s brain is wired even more strangely than usual. Even with me being an old presence in the Nine Provinces Number One Group, and having experienced countless strange jumps among the fellow daoists in the group, I really can’t understand what in the world little friend Song Shuhang is thinking.

As Sage Monarch Spirit Butterfly listened to the surrounding discussions, he was left speechless.

Why is there a little friend Song in the little sun projected by Soft Feather?

“How do you feel about little friend Song?” Sage Monarch Spirit Butterfly tried to make his tone as gentle as possible and wore a warm smile on his face.

Soft Feather replied without hesitation, “Senior Song is very fun. Hm, the things and events around him are also very fun. Every time I go out with him, I encounter exciting things.”

Soft Feather giggled and said, “It wouldn’t be fun if he was too mature and couldn’t play with me.”

The smile on the corners of Sage Monarch Spirit Butterfly’s mouth grew brighter and brighter. “Yes, yes, he is indeed very suitable to be your friend. However, in the future, you need to find a mature and stable man who can protect you from the wind and rain. So, you need to look much further. Having fun now and your future need to be clearly distinguished from one another.”

My daughter will forever be cute. Even if she really wants to leave home one day in the future, I need to first make sure that she finds a mature and stable man who will shelter her from the wind and rain so that she can keep her precious innocence and have no worries in her life.

My daughter will always be my pride.

Hearing this, Soft Feather looked at Sage Monarch Spirit Butterfly in surprise. “Daddy, are you trying to tell me to look for a father?”

“There’s no need. I only need one daddy. I don’t need a stepdad.” Soft Feather comforted him again, “Don’t worry, I don’t have any intention of looking for a stepdad, so you don’t need to think too much.”

Where the hell did you even get that thought?

After his daughter had gone on this latest trip, it seemed that her brain circuitry had gotten even more exotic.

I can’t keep up with her thoughts at all, what should I do? How can I answer my daughter’s question?

The first Sage in a thousand years was an extremely troublesome existence.

Regardless of his strength, just him having shown his divinity thrice was proof of his ability and uniqueness.

In addition, there were thirty Ancient Sages behind him.

The thirty or so Ancient Sages and their Sage Seals were all neatly in a row, bringing tremendous psychological pressure to those present.

Who in their right mind would go against such a force?

He was alone, while there was an entire force of Profound Sages standing against him. Even if he were covered in indestructible steel, would he have any chance of beating them?

Sage Monarch Kerria was now in a dilemma. His odds of winning were simply too low. Should he say a few words and then leave? Or should he leave after trying out a few moves? Or should he propose a peaceful competition?

Sage Monarch Kerria said calmly, “Unexpectedly, even Profound Sage Tyrannical Song is on your side.” His eyes shifted slightly, not daring to look at Song Shuhang’s eyes in fear of getting pregnant.

However, he was actually using a magical treasure to keep watch over Song Shuhang’s state at all times.

Once the other party had any intention of launching the Impregnating Gaze, he would be able to avoid it immediately. After all, once the Impregnating Gaze was launched, it could not be avoided as it was too fast. He could only make a prediction before Profound Sage Tyrannical Song used it so as to have a chance at dodging it.

Sage Monarch Seventh Cultivator of True Virtue said calmly, “Well, we are just new Profound Sages. If we want to compete with our seniors for the Big Dipper, we have to support each other. Therefore, Profound Sage Tyrannical Song and I joined forces.”

“I’m not fighting for the Big Dipper, don’t count me in there.” Sage Monarch Enchanting Dream licked the corner of her mouth. “However, I am very interested in Profound Sage Tyrannical Song.”

“Then, let’s rely on our abilities,” Sage Monarch Kerria said. “Whoever snatches this Big Dipper, gets it. The Big Dipper is merely the beginning, there are more things to follow that are of greater worth. You don’t want to exhaust all your strength vying for a mere Big Dipper, right?”

Everyone was a Profound Sage, so he believed that there was no need to tear off all formality for a Big Dipper.

“I also agree. Let’s rely on our various means. Still, when is the Big Dipper considered as snatched?” Sage Monarch Seventh Cultivator of True Virtue reached out and held the Nine Virtues Phoenix Saber. “Is it just by grabbing hold of the Big Dipper in one’s hand? Or placing the Big Dipper into one’s own cosmos bag?”

“We can have it such that whoever stores it in their cosmos magical treasure first owns it. Do you all agree?” Sage Monarch Enchanting Dream suggested. “This is because it would be difficult to determine by just whoever grabs hold of it first. I can be the judge.”

“I agree.” Sage Monarch Kerria flung back his long hair. “I’m sure Fellow Daoist Enchanting Dream will see my beautiful long hair and be biased towards me.”

“If Fellow Daoist Kerria were bald, then I might actually consider paying extra attention to you.” Sage Monarch Enchanting Dream licked the corners of her mouth seductively. “Anyway, as long as you think you are capable and are interested in the Big Dipper, you can rely on your means to try and take it. No matter who it is, as long as you put the Big Dipper into your cosmos bag, it will count as yours.”

“This Big Dipper is not owned by any of us. Everyone present has the qualifications to snatch it.” Sage Monarch Enchanting Dream lay sideways on her golden ocean. As an ancient witch, her character itself was unpredictable.

It was just that even if you were to snatch the Big Dipper, you would have to store it in your cosmos bag under the eyes of a group of greedy Profound Sages, so who would dare to do it?

“It looks like there are fellow daoists hiding themselves,” Sage Monarch Seventh Cultivator of True Virtue said. He suddenly made a move while saying that, slashing out with the Nine Virtues Phoenix Saber.

Flames turned into a phoenix that covered the sky and the earth, crashing into the Celestial Profound Sage and the Celestials camp beneath her.

“Is it starting?” Song Shuhang raised his head and looked at Sage Monarch Kerria. “Senior, please excuse my manners!”