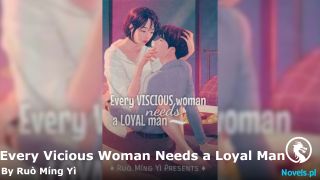 Kloet was a cosmos-stage martial warrior. His spirit had reached the Celestial Realm but so had Wang Teng’s. Thus, the injury caused by the Spiritual Spike was significant even though Kloet was extremely powerful.

Of course, it would be stronger if Wang Teng had executed it personally.

“Strike!” Wang Teng was elated when he saw this scene.

“What strike? What happened? Why is the cosmos-stage martial warrior screaming?” Round Ball asked in surprise.

“Haha, I followed your instructions and etched my spiritual skills in the bodies of the void mayflies. I put it to test on the cosmos-stage martial warrior.” Wang Teng chuckled.

“You… succeeded?!” Round Ball couldn’t believe its ears.

“Shall I pull it back and wait for some time?” Wang Teng asked.

Pull it back and wait?

It felt that Wang Teng was teasing it.

What an evil fellow!

However, it had to admit that this move was appropriate. They successfully caught the cosmos-stage martial warrior off guard.

Wang Teng might seem unreliable at times, but he never fumbled the ball during crucial moments. This was good enough.

“Continue! Continue! We must stop that cosmos-stage martial warrior!” Round Ball didn’t have the time to be angry at Wang Teng. It hurried him excitedly.

Wang Teng smiled. Even without Round Ball’s reminder, he had already ordered the void mayflies to continue flying towards the cosmos-stage martial warrior while Kloet was suffering from excruciating pain.

Kloet didn’t know what attacked him, so he could only bear the pain in his head and glance around him.

At this moment, another void mayfly landed on his head. The spiritual skill etched in it was Spiritual Illusion.

When the Spiritual Illusion skill was executed, Kloet entered an illusion. A huge spiritual labyrinth appeared. He was lost inside.

This was an illusion of the spiritual labyrinth left by Nangong Yue. Wang Teng turned it into an illusion and added some spices to it.

Muscular figures gradually appeared in the labyrinth and surrounded Kloet. They were all naked.

The problem was, they were all males!

This scene was a little unsightly. It should be pixelated.

Kloet’s face turned green. Although he knew that this was an illusion, he couldn’t break it. He felt so disgusted he felt like vomiting his food out.

Which idiot made this? This is cruel!

How dare he use this sneaky move on me!

This person was inhumane!

“Mister, come and play~” The muscular figures squeezed closer. They had orchid fingers, and they were moving their bodies softly and seductively.

“Go away!” He glared at them and swept his spiritual power around him. “Destroy!”

Celestial Realm Spirit clashed into the illusion, creating circles of invisible airwaves. It swept around him and the masculine figures turned into dots of lights and dissipated.

But another batch of bulky men appeared after the previous batch disappeared.

Kloet looked at the white naked bodies around him and felt cold sweat on his forehead.

Outside, Round Ball was astounded when it saw Kloet freezing on the spot. “What secret skill did you use on him? Why is he not moving?”

“You have so many skills,” Round Ball exclaimed.

They used this chance to widen the distance between them and Kloet once again.

Suddenly, a pitch-black shadow appeared in front of them. It was linked in a row and stood horizontally in the universe. It was like a giant wild beast lying prone, awaiting its prey. It was scary.

As the spacecraft got nearer, they realized that this was a huge and frightening universe fleet. There were countless battlecraft in the fleet, building a space station with a planet as their support. It was like a battle fortress.

“I see it.” An involuntary smile crept onto his face.

The journey had been extremely tough, but they had finally arrived at their destination: The Great Qian Empire!

“Don’t even think about going over without my permission!” Suddenly, a furious roar was heard behind them. It rang in space like thunder.

Kloet had caught up with them. Holding a blade with a dazzling red blade glow shimmering around it, he slashed it at the spaceship.

By now, he knew that it was impossible to stop the cosmos-level spacecraft without damaging it. Thus, he gave up his original plan and decided to just bring Wang Teng back, dead or alive.

There was a violent tremor. The defense shield was already damaged. With this blow, it shattered instantly. The blade glow slammed right on the spacecraft, leaving a pitch-black blade mark.

Fortunately, the cosmos-level spacecraft was made using cosmos-level materials, so it could withstand the attack of a cosmos-stage martial warrior.

This blade mark remained on the surface. It didn’t damage the internal structure of the spacecraft. However, the spacecraft still vibrated violently due to the powerful attack.

Wang Teng and Round Ball’s expressions underwent a huge change.

“This old fellow is getting desperate!” Round Ball fumed.

“Round Ball, open the cabin door.” Wang Teng’s face was ice-cold as he dashed out.

“What are you doing?” Round Ball shouted in a hurry.

“Open!” Wang Teng didn’t reply to it, vanishing with his shout.

Round Ball stomped its feet in mid-air. It had no choice but to open the cabin door.

Wang Teng flew out and stepped into dark space.

Wang Teng glared at him. The Golden Crescent Blade appeared in boundless space and spun over like a beam of golden light.

But when the Golden Crescent Blade was around 30 meters away from him, his expression changed. He became a little more serious.

He swung his blade down viciously.

The two of them clashed. Force exploded, and a metallic ringing sound echoed in the universe.

The Golden Crescent Blade was thrown out due to the huge impact. Under Wang Teng’s control, it spun back at a high speed and attacked Kloet.

How could a native from an underdeveloped planet possess such potential!

He must be killed!

Killing intent erupted from Kloet’s body like a volcano. Force surged out, and he knocked the Golden Crescent Blade away with his blade. Then he dashed towards Wang Teng.

Wang Teng opened his Wings Of Wind And Lightning and dodged the blade glow. He charged in the direction of the Great Qian Empire’s fleet. An item appeared in his hand. He raised it above his head and shouted loudly, “I’m Wang Teng. I’m here with the empire’s baron token!”

As his voice flowed through space, a gasp was heard within the fleet.