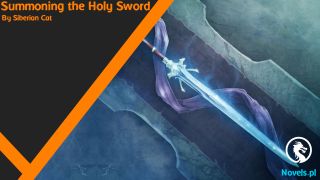 “Oh? The Leader of martial arts’ expression changed. He mumbled, “Do we need to send out some signals?”

“Of course. Spread the news of the duel. I believe they will start moving soon.” Wang Teng smirked.

The other people were stunned. They felt that the Leader and Wang Teng were like two sly foxes, one old and one young. How evil of them!

Country Xia acted right away, releasing the news to the world.

Country Xia was going to have a duel with the dark apparitions as a gamble!

All the different countries learned of it. The various countries were controlled by the alien invaders, so this information naturally landed in their hands.

The golden-haired alien martial warrior’s eyes were moving back and forth. You could tell that his mind was in a whirl. He glanced at the martial warriors below him and asked, “Is this information reliable?”

“It came from Country Xia. I’ve sent many people to confirm it. It’s from the imperial palace, so it’s highly reliable,” a martial warrior half-kneeled on the ground and replied respectfully.

“Country Xia.” The golden-haired young man’s eyes shone brightly. A smile appeared at the edge of his lips. “Hmph, looks like it’s true. However, Country Xia is playing a great game of chess. Have you heard which candidate is situated there?”

“I heard that it’s a blue-haired young man. Based on my judgment, he should be from the Lan family. However… he seems to have been defeated by a martial warrior from Earth,” the alien martial warrior contemplated for a second before he finished the sentence.

“Great, this is getting more and more interesting. I didn’t think such a character would appear on Earth.” The golden-haired young man smiled. “have you figured out who this person is?”

“It’s most likely a talent from Country Xia called Wang Teng.” The alien martial warrior tapped his wristwatch lightly. A hologram appeared in the middle of the room.

It was the figure of a black-haired young man who seemed younger than 20. His face was angular and exceptionally handsome, and his aura was extraordinary.

This was none other than Wang Teng!

“This person does have some talent…” The alien martial warrior immediately listed out Wang Teng’s deeds one by one.

It wasn’t hard for them to investigate his past achievements. However, they didn’t know much about what had happened after he advanced to the planetary stage. They didn’t know his current strength either.

The alien martial warriors didn’t think much about it. They even felt that Wang Teng’s achievements were mediocre.

“Based on what you said, Wang Teng is indeed a talent.” The golden-haired young man smiled gently as he praised Wang Teng, but his tone sounded as if he was just speaking about a normal martial warrior. He didn’t place much importance on him.

“He can’t be compared with Young Master,” the martial warriors below replied.

“Earth is just an underdeveloped planet. It’s not easy to have a planetary-stage martial warrior here. We mustn’t ask too much from him,” the golden-haired young man said. Suddenly, he turned and looked to the left of the hall.

Another bunch of people was standing there. They were a different group from the alien martial warriors.

“Do you have anything to say about Wang Teng?” The golden-haired young man asked.

“Yoke, Shuen, Fortes, you interacted with him during the Global Exchange Conference. Tell him your thoughts.” General Cromwell looked toward the people at the end.

“Shuen.” Yoke nudged Shuen who was standing at the side silently.

“He’s an unparalleled talent.” Shuen didn’t speak much. After saying his piece, he retreated to the back and resumed his silence.

Yoke, Fortes, and the others were shocked.

Shuen was too insensible. How could he call Wang Teng an unparalleled talent in front of these powerful alien martial warriors? He should learn to be flexible.

The people from the White Eagle Nation were worried. They were afraid of offending the golden-haired young man.

“An unparalleled talent?” The alien martial warrior’s expression turned strange when he heard these three words. Then, he started chuckling.

There was a hint of contempt in his laughter.

“Cough, he can be considered an unparalleled talent on your planet.” The golden-haired young man didn’t embarrass him. He just smirked.

“You’re right, Wang Teng is a talent from Earth. To you, he’s merely a martial warrior from the outskirts. He’s nothing in front of you,” Yoke kneeled down hurriedly as he curried favor with the golden-haired young man.

“Alright, you don’t have to fawn upon me.” The golden-haired young man waved his hand and stood up from his seat. “Since he sent out the word that he’s having a duel with the dark apparitions, he wants us to participate. Let me fulfill his wish.

“Send my words out. Humans are scarce in the Central Continent. It’s a perfect ground for a duel. I’ll be waiting for him there.

“Let’s head to the Central Continent!”

The martial warriors below bowed and replied in unison.

The alien martial warriors from the North Sea Continent were the first to head to the Central Continent. The information he asked his men to send spread throughout Earth.

The South Sea Continent was the closest to the North Sea Continent. Hence, the candidate controlling the South Sea Continent received this news first. This was a muscular young man who looked rough and lofty. He was more than three meters tall, and there were two fangs protruding from his mouth. He was a human, but it was hard to tell which race from the universe he was from.

He held a large battleax in his hand with blood dripping down from it. There was a gigantic star beast lying below the ax. It was killed recently.

The muscular young man was half-naked. A blood-red symbol of a hideous mutated beast was carved on his body. There was a red rune on its face. The crimson mutated beast and the rune were sparkling and giving off a red glow. It seemed devilish.

The bulky young man stepped down from the star beast and said to the alien martial warriors around him, “Come, let’s join in the fun at the Central Continent.”

The ground below him exploded, leaving a deep, huge hole. Cracks formed around it like a spiderweb. The young man had already shot into the sky like a cannonball.

All the martial warriors behind him were muscular and lofty too. They were from the same race as the young man. Laughing loudly, they dashed into the sky, following the young man.

After laughing for some time, she turned to Alais behind her and smiled. “My lovely sister, why don’t I bring you to your Wang Teng? You have been thinking about him all this time, right?”

“You can go if you want,” Alais replied indifferently without any change in her expression.

“Oh my, you’re so boring. My plan will be disrupted if I do that.” The green-haired lady seemed a little frustrated. “But I need to pay a visit due to the appearance of the dark apparitions.

“Come with me. I want to meet Wang Teng personally and see what kind of person he is.”

Alais stood on the ground and hesitated for a moment. In the end, she gritted her teeth and followed the young lady into the spacecraft.

Very soon, the spacecraft flew towards the Central Continent.

At the same time, the other alien candidates scattered across Earth chose to move when they received this piece of news. All of them headed towards the Central Continent.

In an instant, all the powerful martial warriors on this planet gathered in one area!