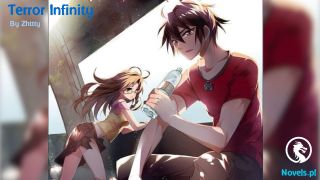 For an instant, everyone felt emotional.

“It’s alright. Be at ease. I’m not strict with rules,” Wang Teng waved his hands and said.

“Thank you, Chief Commander!” they all replied in unison.

“Please move aside. I’ll treat everyone,” Wang Teng glanced around him.

“Huh?” The medical staff were shocked. They were hesitant.

Some of the martial warriors’ injuries were extremely serious. They couldn’t waste any time. They wondered what Wang Teng wanted to do.

Was their chief commander a doctor?

If this person wasn’t their chief commander, the medical staff might have chased him away.

“Chief commander…” Song Wanjiang was hesitant too. The chief commander was still a young man. He might be powerful, but he was a little unreliable at times. He hoped he wasn’t treating lives as a joke.

“Come on!” Wang Teng was speechless. “Am I so unreliable?”

“Erm… of course not. But their injuries are quite serious. Do you think…” Song Wanjiang had to console him.

Song Wanjiang was helpless. He had no choice but to listen to Wang Teng. He hoped that Wang Teng did have a way and wasn’t joking.

The medical staff moved to the side and stared at Wang Teng curiously. They wanted to see what method he would use to treat the patients. Wang Teng didn’t waste any time. He released his light Force and waved his hand. The Bestow Of The Goddess rained down.

Instantly, a light rain fell in the treatment room.

The light droplets scattered over the patients’ bodies and seeped into their skin. Soon, they started to take effect.

Wang Teng’s Bestow Of The Goddess was dense with a lot of light Force instilled in it. Everyone moaned as they enjoyed the amazing feeling.

Song Wanjiang and the medical staff were stunned.

What was going on? What just happened?

Why was everyone giving that expression?!

Weren’t they half-dead a moment ago? This change was too abrupt. It didn’t make sense!

Medical technology was advanced in this era. Normal injuries could heal completely with the help of some medical treatments and dan medicine.

Serious injuries were a little more difficult to cure. High-ranking dan medicine was rare and expensive. The military couldn’t give it to everyone in the troop.

However, Wang Teng was able to heal them with a wave of his hand. Light rain scattered down and affected everyone who touched it. This wasn’t a one-person effect either. It impacted everyone.

The effects were amazing. It was almost unbelievable.

“Okay!” After some time, Wang Teng stopped his Bestow Of The Goddess and said to the dumbfounded medical staff. “I’m done. You can take it over from here.”

Before they could react, he walked out of the treatment room.

The injured martial warriors were still immersed in the comfortable feeling. They didn’t know that Wang Teng had left. If they did, they would have crawled up to thank him.

The medical staff regained their senses and quickly inspected the injuries of the martial warriors. The effect seemed impressive, but as professionals, they believed in data.

After a round of inspection, the data appeared better than before.

They realized that the serious injuries before were in a better state now. Not only did the pain lessen, but it also made their subsequent procedures easier. The recovery period was also shortened. Some injuries that might have long-lasting repercussions became less grave. As long as they received proper treatment in the future, there wouldn’t be any sequelae.

The medical staff was astounded. Discussions were heard in the treatment room.

“Unbelievable. What was that light rain just now?”

“Our chief commander is incredible!”

“A nanny? Indeed, our chief commander is a nanny…”