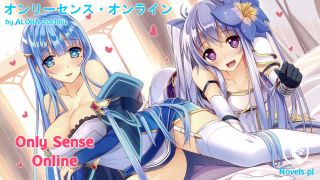 “Just okay.” Ming Shu didn’t intend to make a detailed inquiry. Shen Yan didn’t want to talk about it, so she just dropped the topic. “Weren’t you in Daliang State?”

She was dead in Fengqi State. But why was the prime minister not surprised to see her?

She not only knew that she was not dead, but also knew she was in Daliang State.

“Yes.” Ming Shu admitted it liberally. “How could you be dead?”

Shen Yan became extremely nervous and didn’t quite understand what she meant by saying that. Yet she felt she didn’t seem to hold any bad intentions toward her.

“Prime Minister, how did you… know that?”

“I looked up into the sky…” Ming Shu looked up and wanted to pretend she could read the stars in the sky. But she was in the house, so she gave up.

Then she also changed the following words. “I ordered people to look into it.”

Why did the prime minister look a little strange?

Shen Yan began to think about which side Ming Shu had taken.

Finally, she made up her mind to ask directly, “Prime Minister, can you tell me, which side are you on?”

“Me? Of course I’ll choose snacks.”

Ming Shu smiled brighter. “Your side.”

Ming Shu didn’t know if Shen Yan would believe her.

This female protagonist was not some stupid and naive character. Ming Shu let her take a rest and think about it carefully.

Ming Shu left the room and came to the room next door.

Luo Yan had finished his job. Just like before, he sat there with his face a little paled.

“…You’ll know when he wakes up.” Luo Yan stood up. He didn’t want to suffer the same trick and prepared to leave first.

Shen Pin lay on the bed with closed eyes. His long lashes cast shadows under his eyelids.

Ming Shu took out two preserved fruits and chewed. She decided to take him back to her mansion first, then wake him up.

If he was pissed off, she could fix him in bed!

So Ming Shu took Shen Pin to her mansion, then told Jing Yu to go pick up Shen Yan.

Shen Yan should have reached some conclusion. When Jing Yu came to pick her up, she agreed to go to the prime minister mansion with her.

Ming Shu didn’t dare to wake Shen Pin up suddenly. She just held him in her arms and waited for him to wake up by himself.

Nearly past noon, Shen Pin woke up quietly. He frowned and seemed a little tired.

“It’s noon,” Ming Shu said calmly. She swept her gaze over his face, but he still didn’t seem to have recovered his memory.

Was Luo Yan qualified or not?

Shen Pin put his arms around Ming Shu’s neck. “Have you been here with me all this time?”

“No, I just arrived,” Ming Shu answered. “Don’t take so long next time, take care of your weak body.”

Shen Pin was a little confused. “Didn’t we only do it one time last night?”

“That’s because your body is weak.”

“…” He felt a headache, as if someone had drugged him.

But would she do that kind of thing to…

Think about the last time she knocked him out!

Ming Shu comforted him for a while, then asked Jing Yu to send food in and displayed them on the small table on the bed. She served him some lunch.

“Lady, what are you doing?”

“Didn’t you have lunch?”

Shen Pin couldn’t finish that much, and he also felt a little queasy. He ate a little and put down his chopsticks, with over half of it left in the bowl.

“You finished?” Ming Shu looked up at him.

Shen Pin shook his head. “I can’t eat any more.”

Ming Shu put her hand on his wrist and after a moment released him. She took a bowl of soup and pushed it over.

Shen Pin took the spoon and turned it around in the bowl.

He watched Ming Shu finish what was left in his bowl, and his mood couldn’t help but improve slightly.

She didn’t dislike him.

He was happy about that.

Ming Shu—just didn’t want to waste food, right, that was it!

After dinner, Shen Pin didn’t want to move, so Ming Shu carried him out to bask in the sun.

It couldn’t be helped, it was all because of that psychopath Luo Yan.

“Do you remember anything special?”

“Special?” Shen Pin was confused then smiled a moment later. “I like you very much.”

Luo Yan had said it would definitely work.

So this was it?

How was this successful?

Shen Pin pointed to the pavilion not far away. “Let’s go over there.”

“You can walk by yourself…”

Shen Pin said without any hesitation, “I want you to hold me in your arms, Lady…”

Ming Shu: “…” Being born in a female-dominated country was just specially great for the little goblin.

Ming Shu bent down, picked him up, and walked toward the pavilion.

The pavilion was surrounded by flowers and filled with their fragrance.

“Lady, may I present a sword dance for you?”

Ming Shu raised her eyebrows. “What about just a dance?”

“Will you dance with me, Lady?” He had learned to dance, too, but subconsciously he didn’t like it very much. He wouldn’t have learned it if the palace hadn’t forced him to.

“…Do the sword dance then.” Dancing was not better than eating snacks.

Shen Pin ordered the servant to get his sword.

He stood with his sword in the gorgeous flowers and smiled at Ming Shu. The long sleeves flew up, and the light of the sword flashed, creating one beautiful sword flower after another in the air.

The petals were carried to the air by the sword aura, dancing with his sword, up and down.

Shen Pin’s movements were not sharp, but held the customary softness.

He approached Ming Shu, and the light of his sword flickered in Ming Shu’s eyes.

For the last pose, the tip of the sword was just between Ming Shu’s eyebrows.

She reached out slowly and pushed the sword, then pulled his wrist, and Shen Pin fell into Ming Shu’s arms directly.

Shen Pin’s lips were taken, and he uttered a soft moan. His sword fell to the ground, making a crisp sound.

The petals fell from the sky profusely.

Ming Shu raised her eyebrows. “What?”

Shen Pin looked at her carefully. “Would you marry anyone else?”

Women were allowed to marry many people in this country.

But just the thought of someone sharing this woman with him would make Shen Pin lose control of his impulse to kill.

No one could have her.

Ming Shu chuckled. “Why not? I’m the pillar of the country.”

He was so good-looking, how could she want someone else!

“Lady, if you marry anyone else, I’ll kill them all.”

Ming Shu pulled his hand down and kissed him again. When Shen Pin was kissed into adaze, he heard her voice in his ear.

“Then why are you asking?”

“Who’s that?” Shen Yan was supported by Jing Yu and stood slightly away from the pavilion.

She couldn’t see it clearly, but she could see the two people were in an intimate pose.

Jing Yu knew what Shen Yan was thinking and explained in a light voice, “Your Highness, you just came back to the capital and haven’t learned many things. Princess Seven has now become our Prince Seven.”