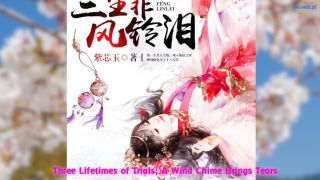 Vesuvia voiced a shocking revelation without flinching, but Noah, June, and Pellio remained calm. A long and silent exchange of glances followed, but the time for words soon returned.

"Why did you build the Cursed Labyrinth?" Noah asked.

"Multiple reasons," Vesuvia stated. "Some only wanted a chance to express their power, while others had deeper plans in mind."

"I bet you belong to the second category," Noah responded.

"I do not plan," Vesuvia explained. "I see and do my best to alter the inevitable."

"Everything for humanity's future?" Noah continued.

"I think it's my time for questions," Vesuvia said.

"I have nothing to hide," Noah declared. "Ask away."

"Who are you?" Vesuvia asked. "You don't belong to humanity."

"I can say the same for every other divine expert in your city," Noah stated. "Cultivators separate themselves from their species as they strive to develop worlds."

"The belonging to a species goes past the mere nature of the existence," Vesuvia contradicted. "Cultivators might evolve past their innate qualities, but they remain humans, even if they take different forms."

"I used to belong to humanity," Noah revealed.

"You have chosen the beast's path, the only path that strays away from humanity," Vesuvia replied. "Also, you didn't answer my question."

"I'm Noah Balvan," Noah exclaimed while pointing at himself before continuing when he moved his fingers on his companions. "She is June Ballor, and he is Pellio, but I think you know him."

"I do know him," Vesuvia revealed. "Dream Lord, it seems that you found someone capable of opening your eyes."

"I only felt like moving," Pellio announced as his eyes opened completely. "My tea was getting stale after remaining for ages inside that floor."

"The others won't be happy," Vesuvia said. "Hatred can last forever in their hearts."

"I'll leave those matters to Defying Demon," Pellio smiled before losing interest in the situation and half-closing his eyes.

"Defying Demon?" Vesuvia asked before understanding that the title belonged to Noah. The expert inevitably felt surprised that Pellio was putting his faith in a gaseous stage hybrid, but that only intensified her curiosity.

"So, Noah Balvan, Defying Demon, we were discussing the nature of humanity," Vesuvia said to get back to the previous topic.

"Not really," Noah stated. "Nothing proves your point. It's a matter of perspective whether to consider individual worlds part of the same category or species."

"And yet there are two different paths," Vesuvia continued. "Those who feed off the world are beasts, while those who absorb it are humans."

"Is it?" Vesuvia asked. "Why can I see most of your group then? Only you and June escape my sight. Even the magical beasts you recruited used to appear in my vision."

The revelation was quite surprising, but Noah used it to gain insights into Vesuvia's power. She claimed to be humanity's future, but the meaning behind that title was unusual. In her mind, even magical beasts could belong to humankind depending on how they approached the absorption of energy.

"What exactly do you see?" Noah asked.

"What would you even know about it?" Vesuvia asked as tinges of surprise appeared in her tone.

"A good friend invaded Heaven and Earth's mind to look into the future once," Noah revealed without bothering to hide part of his knowledge. "I was in it, so it was dark."

"I think you are describing different events," Vesuvia exclaimed.

"Are they different?" Noah asked. "I see myself in both of them."

"You are arrogant," Vesuvia commented.

Truth be told, Noah knew that the two events were different. Dreaming Demon wanted to find a way to save the Demon sects and her lover when she decided to invade Heaven and Earth's will, while Vesuvia's ability seemed to tamper with the very future.

However, the similarities between the two events helped Noah establish the ground for a fair conversation and exchange of information. Vesuvia was one of the Labyrinth's creators, but her presence on the eighth floor had to mean something, and Noah wanted to uncover it.

"You are interesting," Vesuvia admitted after a few silent moments went by. "You might be the existence I was waiting for."

"Why did you decide to wait for someone?" Noah asked.

The two liquid stage cultivators didn't hesitate to follow the order. They left the dome quickly, but their gazes soon converged on June and Pellio.

"They can hear everything you have to say," Noah stated.

"I don't care," Vesuvia exclaimed. "I want to talk with you alone, leader to leader."

Noah could only nod at June and Pellio. The two began to leave, but June made sure to launch a meaningful glare at Vesuvia.

June snorted but let go of the matter. It didn't take long before everyone left the area and the dome closed to give Noah and Vesuvia some privacy.

"Your partner has a funny character," Vesuvia commented. "It's rare to see such passion survive for millennia."

"You should have given the path of the beasts a try," Noah joked. "It's hard not to keep the passion alive there."

"I'll trust you on that," Vesuvia replied dismissively.

"It's safe to assume that there is a couple among the creators," Noah guessed.

"I would have been disappointed if you didn't understand that," Vesuvia responded.

"So, why did you want this privacy?" Noah asked. "I will still tell the others the contents of our talk."

"I wanted to remove eventual interferences before looking into the future," Vesuvia explained.

"Oh, you might want to wait a second then," Noah announced before approaching the hall's wall.

Vesuvia didn't understand what Noah wanted to do, but she opened the dome anyway. A flicker ran through her white eyes when she saw the pack of turtles leaving his figure and filling the sky, but she eventually revealed a gentle smile. She seemed to like how she couldn't see those creatures.

"What now?" Noah asked when the area closed down again.

"You'll look at the world through my eyes," Vesuvia said. "You were right. Humanity's future is dark, but I want to see if your influence can change that vision."

"What makes you think that your power can predict my actions?" Noah questioned.

"I hope it won't," Vesuvia revealed. "I want your power to predict your actions."

Noah could argue on that point, but he decided to remain silent. In theory, his ethereal blackness had unlimited potential since it was a world without precise edges. Still, he felt curious in front of the chance to look deeper into his own power.

"Try not to oppose it," Vesuvia said before a strange force began to leave her figure.

Soft waves of energy filled the hall contained by the dome, but Noah soon discovered that they weren't actually coming out of Vesuvia. They had always been there, but her world was forcing them to show their presence now.

The environment transformed even if no teleport activated. Noah could force himself to look past those illusions, but he decided to let them fill his vision for now. He saw an immense blackness expanding in every direction, and he felt empty before that scene.

"Taint the vision with your power," Vesuvia's voice resounded from every corner of the blackness. "I want to see if you can affect humanity's future."

Noah followed those orders. He raised his hand and made a hint of his potential flow into the blackness. The entire scene immediately trembled, and vague white figures began to form inside it… Heaven and Earth's aura also spread to fill every corner of the area.