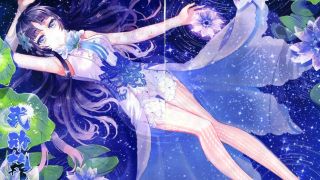 The scene was unreal, especially for Noah and June. The two of them had seen the changes in the higher plane. Heaven and Earth had almost destroyed every organization after filling the environment with their weak sky.

Noah knew that other powerful forces existed inside the higher plane. The various small packs, his organization, and the old experts striving toward the peak of the cultivation journey had survived the transformation of the higher plane, but they remained sparse and lonely. Heaven and Earth had made sure of that.

However, the Cursed Labyrinth had proven that belief wrong. Heaven and Earth's Cancer wasn't the last large organization in the higher plane. A far vaster force had survived, and Noah had to go through one of the tornados on the eighth floor to find it.

'Are they illusions?' Noah wondered.

His guess made sense when he considered everything that had happened in the outside world and the very structure of the Cursed Labyrinth. There was a limit to how much energy a peak rank 9 item could contain. In theory, only a world could have enough fuel for an entire organization.

The Cursed Labyrinth tried to act as a world, but it had creators far weaker than Heaven and Earth. It couldn't possibly be enough to give birth to the vast population inside the city, but something told Noah that he wasn't before an illusion. He could smell that all those cultivators were real.

"Try to behave," Noah ordered without mentioning anyone, but Fiery Mountain and the others knew that his words were for June and Pellio.

The city didn't have defensive walls. Its buildings grew taller as they moved toward the center of the immense settlement, giving a pyramidal shape to the whole place.

The level of the citizens also rose near the center of the city. Its outskirts had heroic cultivators who barely touched the beginning of the fourth rank, while the tallest building contained experts that even Noah struggled to sense properly.

The turtles inside the black crystal hissed in excitement, but Noah ordered his companions to keep them quiet. That wasn't the time for a battle. An army had unfolded in front of his eyes, and he wanted to add it to his arsenal.

The group flew above the city, but a heavy pressure fell on them as soon as they entered its perimeter. It immediately became clear that the expert in charge of the area had tried to create a no-fly zone, and the three gaseous stage cultivators struggled to remain in the air among that force.

"Leave," Noah ordered to Fiery Mountain, Old Tyrant, and Gabrielle. "This is above you."

"Boss, what if a battle unfolds?" Old Tyrant asked.

"You would be glad to be outside the city in that case," Noah stated. "Cultivate right past the outskirts, but try not to affect the area too much. This dimension is connected to the eighth floor, so avoid cause problems until we know that they won't affect the creation of the key."

The three cultivators followed the orders, leaving only Noah, June, and Pellio in the sky. As the three moved toward the tallest building, the pressure grew heavier, but they fended it off through defensive techniques. Pellio appeared immune to that force, but Noah covered him with his dark matter anyway.

The central building was an immense tower that ended with a beautiful dome. The greyness of the sky couldn't obscure its flashy scarlet and yellow shades, and the same went for the many windows adorned with bright crystals.

The windows didn't stop Noah's gaze, but he couldn't learn much about the building from those spots. He saw staircases, vast halls, and multiple corridors, but nothing that gave more information about the powerful experts living inside it.

The group's presence didn't go unnoticed, but the citizens didn't panic. The heroic cultivators obviously couldn't sense Noah and the others, but the divine experts glanced at the sky when they perceived their heavy presence. Still, they went on with their lives as if nothing strange was happening.

The event only confused Noah. He had seen a few cities during his first years on the higher plane, so the sight wasn't unfamiliar. However, he was inside the Cursed Labyrinth, so those citizens couldn't possibly be used to the arrival of foreigners.

'Did the leader warn them?' Noah wondered. 'No, I would have sensed it. What is even happening?'

Only the central tower could have the answers to those questions, and the group didn't hesitate to reach it. Noah didn't even have the time to think about how to enter the structure since the dome opened and revealed a landing platform when they entered its range.

"I should start to make tea," Pellio commented, but Noah and June ignored him as they landed on the platform.

A series of praying mats, small circular tables, and sofas filled the vast area under the dome. Scarlet and yellow lights shone on the pale-yellow tiles and gave them a noble brilliance. Everything was as clean and perfect as possible. Even the chandelier hanging from the half-spherical ceiling illuminated everything and prevented the existence of shadows.

The area wasn't empty or flat. A series of steps on the other side of the platform led to a stage that had a large throne. A solid stage middle-aged woman with long black hair and white eyes sat on it, and two cultivators in the liquid stage cultivators stood at her sides to wave large fans.

"You have indeed come," The woman announced in a deep voice that made the whole dome tremble.

"Did you predict our arrival?" Noah promptly asked while approaching the stage but stopping as soon as the two liquid stage men tensed up.

"Not specifically yours," The woman revealed. "I've seen that the Cursed Labyrinth would have attracted experts capable of overcoming its floors. I guess the final battle against Heaven and Earth is upon us."

Noah's eyes sharpened at those words. The woman seemed to know a lot, but her power remained unclear. He couldn't see her world nor sense it, but her cultivation level was more than evident.

"Yes, the final battle is about to fall on the higher plane," Noah admitted. "Heaven and Earth have filled the world with their sky and have prevented the creation of large forces. My organization is the last grand gathering of experts."

"They actually decided to expand the sky," The woman exclaimed in a surprised tone. "I didn't expect them to waste energy so recklessly."

"They aren't wasting it," Noah explained. "They are evolving."

The explanation seemed to leave the two liquid stage experts speechless. They stopped waving their fans, and the woman didn't scold them. She tried not to show any reaction, but her aloofness was enough to prove that she didn't expect that outcome.

"Evolving how?" The woman asked.

"I think it's my time to get a few answers," Noah stated as a cold smile appeared on his face.

The answer didn't please the two liquid stage men. Their grip on the fans tightened, and tinges of anger appeared on their eyes, but they remained shocked when Noah threw a cold glance at them. A mere inspection of his reptilian pupils was enough to tell them that they would lose if a battle were to unfold.

"Right, where are my manners?" The woman chuckled while covering her mouth with a hand… "I'm Vesuvia, humanity's future and one of the creators of the Cursed Labyrinth."