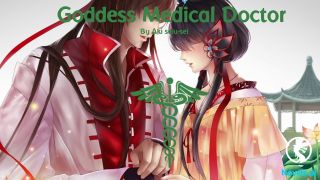 «Because I’ve Been Reincarnated as the Piggy Duke, This Time I Will Say I Like You (Web Novel) - Chapter 103 : Attack of the Buhiiiiiii

Chapter 103 : Attack of the Buhiiiiiii

Charlotte was lying down next to me, pondering something.

The appearance of the monsters over the past few days seemed to have affected Charlotte in some way.

As I gazed blankly at the cute profile that hadn’t lost its neatness even after becoming a whore, Charlotte muttered something to me.

In fact, he saved a golem from drowning in the river with wind magic.

“Master Slough. Didn’t that slime get all dried up?”

It’s fine. That’s what it means.

In fact, I saved the slime, which was nearly dried up from too much sunbathing, with water magic.

”Please don’t tell me what is his appropriate response……”

It seemed to be a sight for the thin whore who has been by my side since she was a little girl.

But that’s how good it feels.

As the sunlight warms my sluggish and real orc body.

”The boss of the monsters in the Empire is a pixie named Aeris. I was surprised because I had a rather weak image of Pixies. I wonder what kind of monster he is. Is he strong? He’s a pixie, but does he have horns on his head?”

In fact, he had told Charlotte the information about Aeris-san, who controls the imperial site, saying that a genie-san had told him.

Charlotte tells me it’s not fair that I can talk to the Genie, but Buhi. This is a perk for the hero.

”That seems a bit too casual towards the genie-sama! I feel like I need to put more heart and soul into it to answer that question!”

He says, “I look a bit like Charlotte right now! I mean in a clothing sense mainly.

“Ugh… I don’t like to wear these clothes either …… I feel this is even more flirtatious than a normal swimsuit…… I wonder if succubus-san is okay with looking like this. ……”

Underneath Charlotte’s dress, that’s too much of a harlot to be regulated by some committee.

Utterly, a succubus brutally is a bad idea! No, no, no!

The pixie is also wearing a swimsuit that looks like an ooey-gooey string, so no good! Whee!

“Ororo? Ororo? The Genie says he wants to see Charlotte in her succubus mode, too. It’s rare that you and the Genie are on the same page.”

“Master Slow… Are you sure it’s Spirit-sama who is saying that? I’m determined to pursue it.”

Even if they stared at her, the white-skinned whore was not afraid at all because she was a beautiful, clear-skinned girl.

For no reason, it’s not like Charlotte was the brightest in the Krush Magic Academy, which was full of noble ladies.

She became a monster called a succubus and gained a sex appeal beyond her age of 16, so Charlotte is invincible.

Even if you show a blank face, it only accentuates her cuteness.

Indeed, the monsters in the imperial kingdom are, well, what a laid-back bunch they are.

They are not at all scary or ferocious, like the monsters themselves. It’s a relaxed condition as if it would pick up a ball if you threw it at it.

“I’ve heard that story from the genie too, is that correct?”

The Genie is handy.

When you’re in trouble, Genie! Let’s use it a lot from now on!

”Hmmm …… The people living in the north have a history of fighting monsters since ancient times. I’m sure you’ll be able to find a way to make your life easier and more enjoyable. That’s why they were always running away.”

Unlike the southern part of the continent, the north is said to have a history of battles.

They are strong because they have a history of battles with monsters and humans, having their homes stolen and taken away from them.

Northerners are proud to have survived in such a harsh environment.

We are different from the south.

”I see. …… Mm-hmm. …… So a certain faction of the northern monsters, the monsters are known as the Anti-Demons, negotiated with the higher-ups of the Empire on their own, and the ………… Empire: It seems that the high priest of the “The Greatest Man in the World” has also made a self-serving promise to the King of the Empire without telling him that he will create a country of monsters if he helps them. ……”

Charlotte nodded with an angelic face, “I see, as expected of a genie, you know a lot of things, don’t you?

”I wonder if that great monster of the Anti-Monarch Faction is a pixie named Aeris?”

I spin the words with great care.

With orcs? With the monsters from Ano-Buhi?

What the hell does that mean?

”He was an orc-like the one you just saw, Master Slow. Though, as expected, he wasn’t wearing any clothes.

Charlotte giggled as she said that.

Yeah, I’m an orc for all intents and purposes.

I’m a mysterious orc wearing a shirt and carrying a backpack across the Empire.

I’m wearing a shirt so that Charlotte will be able to easily recognize me.

By the way, Charlotte is a succubus, a monster that is not supposed to be in the Empire, so there’s no need to worry about mistaking her for a monster of the same species.

A succubus only lives in places where there are plenty of humans.

”When I escaped from the imperial kingdom to Daris, I thought it was a dream …… but while I was escaping, a crowned orc spotted me and told me …… that I couldn’t find him on that road, so I had to get away quickly because it was safe.”

”As I recall, Silva also said he’d heard stories of people fleeing from the empire and being rescued by monsters along the way.”

”So I wasn’t the only one: …… Maybe that orc was a Demon Lordist monster—”

We looked at each other.

‘No, no, no! It can’t be my voice, Charlotte. But it’s great. You’ve gotten really good at that joke, haven’t you?

”Blo…… I’m not a blur! Don’t be so weird! And, oh, princesses don’t blur! I’m a noble! Yes! I am a nobleman! That’s why I shouldn’t really be wearing such a harrowing outfit! That’s right, Master Slow! It’s funny that I’m a succubus!”

Charlotte blushed and turned to the other side with a pout.

”Another dungeon monster, buhiii! I’m quiet in the dungeon, buhhi!”

I get my body up.

The tension was so high. It sounded like I was on a screaming attraction.

It wasn’t my unmistakable companion …… but the voice of a real orc.