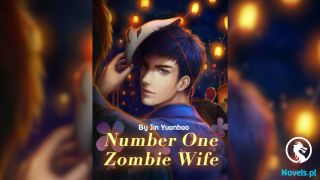 Though the celestial orderians were no doubt underhanded, their methods were effective. The Myriad Solar Sects felt like they were crumbling as the sun emperor exploited the fact that they weren’t a united organization. The fierce assault was unstoppable. What was worse was that in the top ten sect rankings, the Dreamless Celestial Nation still hovered within it, only taking action where it would benefit themselves. The Voidword Shrine remained secluded as they always had, and the defection of the wargodeans and Blueblood Starocean saw them helping out the celestial orderians to hold back the Empyrean Sword and Xuanyuan Dragon Sects, cutting off the reinforcements they sent to the smaller sects to ensure that they fell without question. A single victory wasn’t able to change the fact that the celestial orderians still dominated. Back then, their plan had been to take out the leader, but now that it’d failed, they decided to start from the bottom up.

“What about the Sky Palace?” That was the question on everyone’s lips. What were the nominal leaders of the Myriad Solar Sects doing?

Tianming smirked coldly and said, “After the sun emperor revealed that he was a nonabane, word is that his power has surpassed that of all previous sun emperors, even the founding one. If it weren’t for the hundred thousand Dragon Imperials, the battle at Myriaddragon Mountains would’ve ended horribly. Otherwise, the sun emperor would have control of that territory as well and he wouldn’t need to massacre the beastmasters. All he would need to do is take down the defensive formations or send people to occupy territories to keep them under his heel.”

The ultimate goal of the celestial orderians wasn’t to kill off all beastmasters, but rather to change the sun into a world where totemancers reigned supreme with the beastmasters serving them as slaves. Naturally, they didn’t want to see the Myriad Solar Sects joining up with the Sky Palace leading them. Allowing someone to rise like the Ninedragon Emperor, who posed a threat to the celestial orderians, was a definite no as well.

“In other words, the Sky Palace chickened out after the sun emperor showed his strength?” Lingfeng asked.

“Not to that extent. When the celestial orderians started attacking the fourth-rate factions, the Sky Palace stood out and harshly condemned those actions. When it was clear that wasn’t doing anything, they led an effort to counterattack, only to be targeted by the sun emperor. I think there was some kind of battle that resulted in the deaths of two of the seven members of the Sky Palace. From the start, their true effectiveness lay in their rallying power to begin with. People thought that the deaths of those two would spark an even stronger resistance, but the remaining ones instead cowered away and sealed off the Voidsky Flame Pillar. They haven’t shown their faces since!” Tianming angrily said. He had seen the true colors of the Sky Palace.

“The Sky Palace has too long of a history and is idolized by the Myriad Solar Sects. Even though they’re powerful, there’s only a few members who can’t even stop the sun emperor, so they’re basically useless. At the very least, if all seven of them were able to hold the sun emperor back, there’d be a chance. The sun emperor must be powerful enough to overturn the balance of power,” Qingyu said.

Tianming shook his head. “What you said makes some sense, but at the end of the day, the main cause is that the Sky Palace changed. The members are all really weird and don’t represent the Sky Palace’s will at all. A corrupt Sky Palace is powerless against the sun emperor, and can’t lead the Myriad Solar Sects, either, which is why the sun emperor chose this time to go all out.”

Even without Tianming or the battle at the Myriaddragon Mountains, the Sky Palace’s corruption had tipped the scales of power. As long as the sun emperor was the most powerful, this war was bound to happen. The celestial orderians wanted to dominate the entire sun and enslave everyone who wasn’t one of them! Once they conquered the Myriad Solar Sects, they would have access to all the resources and caeli they had, as well as their homes and defensive formations. From then on, no powerful beastmasters would ever rise to challenge their dominance of the sun.

The sun emperor hadn’t cowered after his staggering loss, but changed his strategy instead. The Myriad Solar Sects were now fragmented and beaten, bleeding out rivers of blood from their casualties. The bloodstains across the sun weren’t visible from the space above. A nightmarish veil seemed to blanket the territories of the Myriad Solar Sects as the army of totemancers and their totems that didn’t fear death swept across the surface of the sun, crushing one faction after another.

Even if Tianming had quickly returned, there were some things that he simply wouldn’t be able to change. In fact, had he chosen to stay, he wouldn’t even have had access to the resources Violetglory had afforded him! He sighed and said, “By now, some eight thousand fourth-rate factions have been wiped away. Most were killed, with some either hurt, captured, or enslaved to be used as cannon fodder against their own people. Some managed to escape to stronger factions. For instance, the fourth-rate sects of the Azurecloud Continent abandoned their own homes and headed to the territories of the Azuresoul Palace and Supracloud Sanctuary. At the very least, they managed to retain some of their own power and strengthened the sects they escaped to.

“With the fourth-rate sects mostly demolished, the celestial orderians formed an army of war prisoners to be used as suicidal attackers against the defensive formations of third- and second-rate factions. When they take over the top ten first- and second-rate factions, it’ll be the last straw. The battle of Myriaddragon Mountains wasn’t able to change anything, except for one thing.” Tianming narrowed his eyes, his heart burning with anger. He couldn’t wait to get back to the sun to turn this around.

“The celestial orderians had wanted to rely on the Veildragon Palace to take out the Xuanyuan Dragon Sect to minimize their casualties. However, their current strategy of starting from the weaker factions will result in resistance. Even though they’re basically unstoppable, they’ve still lost about a hundred million troops, suffering similar casualties to the Myriad Solar Sects despite their victories.” On that front, factions like the Xuanyuan Dragon Sect had played a huge part in sharing information and resisting the assaults, allowing the Myriad Solar Sects to just barely hold on. Otherwise even more people would be lost, leading to a swifter collapse.

“If it weren’t for their misstep at the Myriaddragon Mountains, the celestial orderians wouldn’t have used such a crude strategy.” Yet that fact made no difference to the Myriad Solar Sects. They had already lost too many people for anything to be worthwhile, yet if they didn’t sacrifice anyone, they and their descendants would be made slaves. The celestial orderians wouldn’t pay the cost of millions of lives just to win and leave the losers untouched.

“They’ll empty out everything the sects have.” Unlike the peaceful and stable Violetglory, the sun was filled with endless blood and gore, mirroring the raging flames on its surface.

“Big Brother, what should we do when we arrive? Head to the Xuanyuan Dragon Sect?” Qingyu asked.

“We’ll go to the Azurecloud Continent.”

“Why? Isn’t it pretty close to the equator of the sun? It’s right next to the celestial orderians’ territory, right? Isn’t that the most dangerous place to be?”

He recalled the Azuresoul Divine Tree. A few years ago, he, Long Wanying, Yu Ziqian, and many more had waged war against the wargodeans and Blueblood Starocean there. After defeating the traitors, Tianming had become the true ruler of the continent, and now he would be returning to them. The biggest difference was that he would be able to fight by the side of Gujian Qingshuang, Yun Tianque, and the rest instead of using bonegnaw ants to control them. In fact, the ants were already dead since Yin Chen had been away for so long. What the continent needed now was Tianming. Even though the Xuanyuan Dragon Sect wanted to save them, there was no way they would be able to curb the entire celestial orderian army. Long Wanying had gone there to protect the continent, ready to fight with her life.

“But once news of your return spreads, the sun emperor will come for you, right?” Qingyu said, worried.

Tianming looked at the flaming clouds ahead of him. Solar storms raged, leading to a nova source surge. The nova source of the sun seared the skin, unlike Violetglory’s gentle radiation. “If I was afraid of that, I wouldn’t even have returned.”