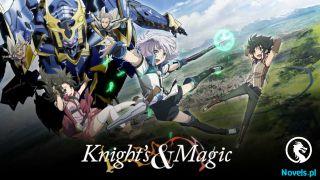 It was a furious roar that came from a distance.

However, the universe of original chaos still pressed down ruthlessly. A dazzling light exploded, causing the entire continent to tremble!

That whole continent belonged to the Feitian Clan, unlike other continents shared by several high-ranked clans.

A brilliant green light covered a radius of hundreds of thousands of kilometers as the continent shook. It countered the blast, but it dimmed quickly after.

Su Ping took action even before the earthquake ended. He struck with his mountainous fist, raising a raging wind that caused the ground to lift, creating deep ravines.

There was a loud bang!

Su Ping’s fist appeared to have hit something. A dark figure flew out, crushing hundreds of mountains and suddenly disappearing into the deeper spaces.

However, two figures simultaneously charged at Su Ping from the void immediately after.

One of them was Ancestor Han, who had just been sent flying. He wielded a divine spear and wore a dark helmet. He changed to a godly thousand feet height, but that was only as large as one of Su Ping’s arms.

The other figure was wearing blood colored armor and held a sword. He looked at Su Ping coldly. “Human Ancestral God, do you want humanity to be eliminated from this world?!”

“Eliminated? Do you really think you’re capable of doing that?” Brutality flashed in Su Ping’s eyes, “You pieces of trash dare to stop me? Make all your Ancestral Gods come out. I’ll deal with them once and for all!”

“We will surely capture and suppress you. All human beings will become slaves for eternity!”

Both of the Feitian Ancestral Gods were furious. Never had they been treated with such scorn, in all of the time since the Feitian Clan became one of the Seven Greatest Clans.

Su Ping roared and punched again. His just detonated chaos universe was gathered again; but this time, it turned from a gargantuan sun into a tiny ball in his hand. Like this however, it emitted a terrifying destructive aura that caused the two expert gods to change expressions.

“Hurry up and activate the Feitian Divine Array!” one of the latter hurriedly ordered the God Emperors watching the battle in the distance.

It was impossible for them to partake in such a battle; they would only be taken as cannon fodder.

Noticing Su Ping’s rising momentum, those God Emperors hurriedly activated the array. It was the top protective measure made by the joint effort of all the clan’s Ancestral Gods, and could resist an Ancestral God’s attack.

Both of the ultimate gods felt reassured once the array was activated. They roared and charged at Su Ping.

Both detonated their respective universes and flames covered their bodies.

The chaos universe in Su Ping’s hand, however, suddenly exploded. The blast didn’t spread out; instead, it quickly fused into his arm.

While looking at the pair rushing over, he suddenly stepped forward and waved a hand, and directly grabbed Ancestor Han who was flying over.

This strike would surely hit its target. All causalities had been cut off; as long as he existed in Su Ping’s memory, he could land a strike no matter how far apart they were from each other.

Ancestor Han roared and made a sweeping motion with his spear, gathering the power of destruction. Such a spear could have caused a hole on the continent. He then aimed to stab the human expert furiously.

It was completely useless!

Su Ping’s giant hand was like the mystic iron from chaos. The spear poked and poked, but no wounds were made!

On the other hand, when Su Ping clenched his fist, Ancestor Han’s body exploded with a scream. Blood was squeezed out and bones cracked, the spear breaking in the process.

A sharp and pointed coldness attacked Su Ping’s back. It was a sword aura that instantly slashed down.

He turned around and punched without looking back.

The sword aura was shattered, and the Ancestral God wielding the sword was sent flying like a worm. The ground shattered on his path and the clouds were cleared.