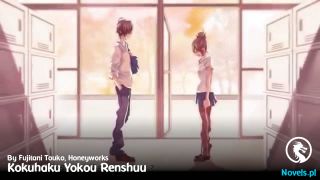 All the elders were greatly shocked. The Chief Elder quickly said, “Ancestor Su, that won’t do!”

All the elders bowed, trying to stop Su Ping.

He understood what they were thinking. However, the Seven Great Clans were nothing in his eyes at the moment. Besides, that was the Archean Divinity; he could bond with the power of the world and would be even stronger than in the Dragon Prison.

“Don’t worry; I’m not being reckless. I know what I’m doing!” Su Ping waved a hand and made them stand. “Just lead the way.”

The elders didn’t expect him to be so determined; their expressions changed. The Chief Elder quickly begged, “Ancestor Su, please give us a little bit more time. We will surely make the great clans understand the severity of the matter.”

“It’s not your fault. You don’t have to be like this,” said Su Ping while frowning, “I’ll go find them if you’re unwilling to lead the way.”

He took Joanna and flew away.

All the elders were panicking. Su Ping was going to cause trouble!

Yan Qing turned around and returned to the institute to alert Ancestral God Wen Tian.

As for the other elders, they went and followed the Chief Elder to chase after Su Ping in an attempt to persuade him and buy more time. Wen Tian could still stop him even if the human expert wasn’t convinced.

They soon caught up.

They found to their relief that Su Ping had stopped in front of a continent, thinking that the latter had calmed down.

The elders quickly approached him.

A domineering aura was manifested before the Chief Elder could say anything. It belonged to the three-eyed young man clad in black, none other than the Ancestral God of the Bright Moon Clan.

“Humph. What are you doing here? I said that you cannot establish a territory here. The Bright Moon Clan will never have human neighbors!” said the angry fellow.

He couldn’t do anything to Su Ping. It would be an ongoing annoyance if the latter kept causing trouble.

“You don’t deserve to be our neighbors!” Coldness flashed in Su Ping’s eyes and he quickly took action. The universe of original chaos appeared, and he quickly expanded to tens of thousands of meters tall, like an ancient giant.

He released the powerful aura of a mythical creature, as if able to pick stars from the sky and break through hell.

“You…” The Bright Moon Clan’s Ancestral God changed his expression.

Su Ping snorted coldly and threw a punch; his fist was like a meteorite, affecting a radius of a million kilometers. The ground was rising and the rivers were changing routes; just the fist’s momentum had cleared the sky in a range of 100,000 kilometers.

“This is impossible!” roared the black clad god, while feeling a strong sense of doom.?Is this a human being? He’s clearly a monster!

He roared and released his universe. A dazzling light was shot from the third eye on his forehead in an attempt to resist.

But the next moment—his universe exploded, and his original thousand-feet tall body was smashed into the deeper spaces by Su Ping, as if he were a rock.

Su Ping closed his hand, pulling the Bright Moon’s expert over and directly snatching him in one hand.

“I can kill you as easily as cutting grass. You don’t deserve to be my enemy!” Su Ping looked down at him as if he were a humble worm.

The Bright Moon Clan’s Ancestral God was horrified; blood was flowing out of his three eyes. He looked at Su Ping in fear, not once imagining the gap between them would be as massive. He was even more scared than when he confronted the old monsters of the Seven Greatest Clans!

“Chaos monster! You truly are a chaos monster…” Ever since their previous clash, he had investigated all he could about the new Ancestral God, who was said to be the descendant of the Chaos Perception Dragon and a god. Su Ping’s body was enough to confirm the theory.

He was nervous and frightened, as if in the clutches of a veritable ferocious beast. It was worth mentioning that the Chaos Perception Dragon was known for eating Ancestral Gods alive.

“From today on, the Bright Moon Clan won’t be a high-ranked clan anymore.”

Su Ping looked at him coldly. He clenched his fist hard and squeezed the guy.

The guy’s reconstituting universe was being suppressed by the chaos universe. His body exploded, and the floating Great Daos were soon absorbed by Su Ping. The ninth universe was about to take shape.

Su Ping kept the soul of the Bright Moon Clan’s Ancestral God. Since he no longer had the undying Great Dao, he would need a new body to reincarnate, and his cultivation would surely plummet.

“I’ll give you a new body. Be a guard for humanity in the million years to come!”

Su Ping pointed a finger and created a body with a drop of blood and inserted the Bright Moon Clan’s expert; he then left a brand, turning the fellow into a guard to protect the human clan. That was the punishment for his offense!

Now in a new body, the Bright Moon’s expert fell to the Celestial State. His Dao Heart was broken; he would have to cultivate all over again, and it would take forever to become an Ancestral God again.