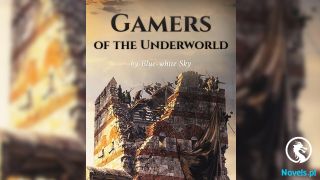 “I’m a little stronger than I was more than ten days ago. My energy attribute is no longer zero. I can finally utilize it.”

Zhou Jing thought to himself.

In the beginning, he already could fight 100 people alone. Now that he was familiar with martial arts and his attributes had increased, he was more confident in this trip.

Some martial arts systems had a characteristic, which was that they could use the method of grinding the skills or techniques to accumulate internal energy or the Martial Path Aura… As long as one practiced a martial art for long enough, even if their skill level did not break through, the skill itself would be further enhanced. In other words, it could be termed as “skill profundity”.

For example, many experts in this world had worked hard for decades. Even if they had reached a bottleneck in their martial arts paths due to their aptitude, their attributes and skills would still improve after many years of cultivation. This was all because of time.

The accumulation of this kind of painstaking effort would allow the same skill to obtain a higher bonus. As for his Accelerated Learning, it would usually quickly increase his skill level. Only when he encountered a bottleneck in his aptitude that he could not overcome would it then turn into a long-term accumulation. The effect of the Accelerated Learning would also take effect, increasing the efficiency of the painstaking effort.

“There are still two support functions which can be used this time.”

This time, he would most likely be surrounded and intercepted by soldiers. In the complicated environment of the city, the [Map Radar] function was naturally useful. It was enough to help him predict the enemy’s movements.

As for the [Character Level System (Level 10 Limit), one needed to obtain experience through the act of killing enemies. Currently, his level was still at the initial 1, without any bonuses.

He had knocked down more than a hundred people in the Wu Village, but he had only used a stick, so he did not kill all of them. The experience bar displayed on the interface was only about half filled, which was not enough for him to level up.

This time, he was going to cause a huge commotion. There was a high chance that he would be promoted.

At this moment, there was a knock on the door.

Li Chun’s shout came from outside.

“Brother Chen, everyone is here.”

Hearing this, Zhou Jing closed the interface and patted his cheek to freshen himself up. He moved his chin before changing his expression to regain the ferocity of Chen Feng.

Only then did he open the door and follow Li Chun to another room. All the people from the Green Forest who were involved in this matter were here.

The broadsword, spear, and axe… They were all real cold weapons.

“We’ve been staying here for many days to prepare for the prison break, naturally, we’ve already bought weapons in private. Brothers, please take them.”

Xiang Tianjie cupped his fists and lowered his voice as he spoke.

The risk of this trip was not small. He did not need to use his brain to know that this was not the time to be soft and use the staff, but rather the real deal.

Everyone did not stand on ceremony. They took out their weapons and wrapped them in straw before disguising themselves again.

Zhou Jing did not hesitate. He threw down his staff and picked up a heavy spear. The black shaft was white, and the spearhead was bright and cold.

Among the two people who followed him, Gao Yun also used a spear and took a red-tasseled ring spear. However, Fang Zhen did not change his weapon and still used his original iron head club.

After everyone took their weapons, Xiang Tianjie cupped his hands and solemnly spoke out,

“The city gate will only open during the day. After we save them, we’ll immediately disguise ourselves and leave the city. Brother Chen Feng, once you cause a commotion and affect the energy of the officials, we’ll immediately break into the prison to save them… After this is done, let’s meet outside the city!”

Without any delay, everyone left the inn and split up.

Zhou Jing watched the others leave before nodding at Fang Zhen and Gao Yun.

“Today, the three of us will cause a ruckus in the state capital and send these rich people who bully the city on their way. It can be considered as getting rid of a scourge for the people!”

With that, he turned around and left.

Hearing this, the two of them immediately agreed and quickly followed.

The sun gradually moved, and the sky lit up. The street also became lively.

Zhou Jing arrived at the southern part of An Lin Prefecture and sat in the teahouse by the road. As he ate peanuts, he sized up the He family’s residence not far away.

“The residences of the Lu, Chen, He, and Huang families are all in the south of the city, which makes things easier for us.” Fang Zhen lowered his voice as he curled his lips.

“Let’s follow the path and kill our way over. This He family is the first. If we move quickly, none of the four families will be able to escape.”

Zhou Jing was expressionless as he spoke.

Using a few days for reconnaissance, the three of them had already figured out the location of the residences of the four noble families and set a convenient order according to the map.

In addition, everyone also understood the basic armed forces of these four families.

Because they lived in the city, the four noble families could not recruit guest guards without restraint. However, every family still had hundreds of servants.

The four great clans also knew that they were not popular and would incur the jealousy of others. Therefore, in order to prevent anyone from causing trouble, they raised many experts to protect the courtyard, many of whom were famous.

As for the direct descendants and collateral relatives of the four families, everyone had a rough understanding. The main source was the information gathered by Shi Qing. This person had the bad habit of stealing, but his ability to gather information was indeed not bad.

Zhou Jing tapped his finger on the table as he whispered,

“Follow the plan. I’ll break through the door and kill my way in from the front. I’ll deliberately cause a commotion. At the same time, I can lure the snake out of its hole and lure away most of the guards. You guys will find a place to climb over the wall and clean up the rest.”

They originally wanted to fight alongside Zhou Jing, unwilling to let him face the most enemies alone.

However, with the three of them gathered together, it was inconvenient for them to do anything. In the past few days, they had already been convinced by Zhou Jing’s plan.

At this moment, Zhou Jing paused, before instructing in a deep voice.

“Don’t forget what I said before. After you go in, only kill those who are dressed in luxurious clothes. Don’t pester the women and children, and don’t bother with the servants who fled and didn’t resist. It’s not worth wasting time on these people. As long as you get rid of the person in charge of the family, this local tyrant and noble family will disperse.

Someone will deal with them in the future… You have to know that the faster you do it, the sooner I can retreat, and the safer my situation will be.”

Hearing this, their expressions turned solemn as they immediately replied,

Only then did Zhou Jing nod and wave his hand. “Okay, go ahead. Wait for me.”

“Brother, be careful. If you can’t do anything, protect yourself!”

Gao Yun was worried and could not help but say. Then, he stood up and left with Fang Zhen.

Seeing the two of them disappear around the corner, Zhou Jing retracted his gaze.

He sat in his seat and finished a pot of tea. When he estimated that it was about time, he suddenly stood up and strode towards the He family’s door with the spear wrapped in a straw mat.

The guard in front of the He Mansion was a strong and burly servant. He quickly noticed Zhou Jing walking over.

The guard sized up Zhou Jing and frowned. He hollered out,

“This man, what’s the matter?”

Zhou Jing was expressionless and did not answer. He only strode closer and untied the rope that tied the straw mat tightly.

The guard sensed that something was wrong and immediately shouted angrily, “Stop! Don’t go forward!”

Zhou Jing did not stop walking. He got closer and closer as he shouted,

“Grandpa wants to move forward. What are you going to do about it!”

“So you’re a bastard. Do you know where this is? How dare you come looking for trouble? I’ll teach you a lesson!”

The guard was furious and stepped forward to push Zhou Jing’s chest.

Zhou Jing was pushed by him, but his body did not move. He only looked down and grinned.

In the next moment, the guard was sent flying and smashed open the door of the He Residence.

Pa pa… The broken bolt fell to the ground in shards.

Such a huge commotion immediately alarmed the many servants in the front yard. Everyone in the courtyard looked over in shock.

The dying guard was lying on the ground, and the door of the He Residence was open. A burly and strong man with messy hair walked through the threshold, holding a black spear with a white tassel in his hand. The blade of the spear shone coldly under the sunlight.

An indescribable murderous aura pressed over step by step as the burly man advanced.

At the same time, a loud shout resounded through the sky like a thunderclap.