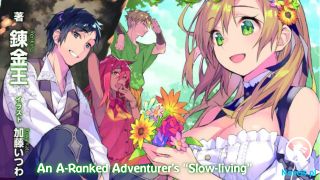 Videl Stanion’s heartbeat went up unnaturally as he stood before the wall of Tamarun City. They executed the plan with him, persuading the Athilia Kingdom to launch the attack on the Rebel Army in Ghortakh City. He told the King that The Gienas Kingdom had taken over Harnian City. While the Athilia Kingdom attacked Ghortakh City, the reinforcement would hold the Rebel Army in Polaron City.

The commanders welcomed the good news with cheers, and they agreed to attack Ghortakh City soon. But there was a bitter aftertaste even though the meeting was successful. Albertian Weingartner, The King of the Athilia Kingdom, was also his uncle.

The King asked Videl about Melina and Larissa as soon as they met in the meeting hall. Videl could see the concerns and worries on The King’s face. The latter did not bother to mask it in front of him, making The King look vulnerable. That was not his impression of The King of the Athilia Kingdom.

Of course, he told King Albertian his aunt and niece were in the Stanion Family’s mansion, alive and safe. After the bitter start, everything went smoothly. The King agreed to launch a big attack on Ghortakh City as it was just a small skirmish so far. King Albertian did not doubt Videl, not just because Videl was a Stanion, but because of the sounding fame around his name.

Videl tried to ignore the guilt inside his heart. He hopped on his horse and left Tamarun City as soon as the gate opened. His heartbeat returned to normal as he got further and further from the Tamarun City, ‘My job is done. Everything else depends on the main force.’

Videl did not join the main force after persuading the Athilia Kingdom. He left his track toward Harnian City instead. The Athilia Kingdom’s Intelligence Service and Athilia Secret Force were infamous to the other kingdoms. After leaving Tamarun City, either one of them or both would follow him to confirm his information. If he did not return to Harnian City, the Athilia Kingdom would discover his lies.

”You are being followed by ten people. Keep going! I will help you if they attack you,” Videl was startled as he heard a young man’s voice. He looked around, but he found no one.

”Don’t look around, you doofus!” Lu An scolded the older man, “I am in your shadow. Look ahead and focus, or they will be suspicious of you!”

Videl looked straight, but his eyes looked down on the shadow. Supreme General Zhang Mengyao assured him that he would be safe and sound during the mission even if he failed. Now he knew the thing that would ensure his safety. He listened to the voice and focused on looking in the front even though his eyes still sneakily looked down on the shadow. He was curious about what kind of class made someone blend into the shadow.

After half an hour of riding the horse, he was on the right track to Harnian City. At this point, the only path ahead of him was Harnian. At this moment, he heard the same young voice once more, “They have stopped following you, but I will stay with you for another ten minutes.”

Videl nodded in response. He did not sense or even see the Athilia Kingdom’s pursuers. He could only trust the man in the shadow’s words.

Strategist Unam sat in the office with a solemn expression on his face. The frown was apparent on his forehead as he was in deep thought. Videl brought good news to the Athilia Kingdom all of a sudden. Everyone in the meeting hall was surprised and delighted with how swift the Gienas Kingdom was. But that brought suspicion to the Athilia Kingdom’s strategist.

”Where are those people disappearing to? There’s no need for the Gienas Kingdom to kill my people if they have captured the city,” He was thinking of his people’s disappearance in Harnian. It would be faster if they communicated through the Intelligence Service instead of sending Videl to Tamarun City. There was a risk of the Rebel Army ambushing Videl.

”Maybe they think the Intelligence Service is part of the Rebel Army and kill them?” The Leader of the Athilia Secret Force guessed.

”That might be the case, and Videl did not say anything about killing them because it could cause a misunderstanding between us?” Unam muttered. The old man shook his head and looked up, “What about Queen Melina and Princess Larissa? Have you found them?”

The two leaders smiled wryly at the question, “We just received the order yesterday. The people we sent out to investigate The Queen’s whereabouts haven’t returned yet.” The Leader of the Intelligence Service replied. “But do we need to kill The Queen, Sir? If the reinforcements have come, it’s just a matter of time before we subdue the Rebel Army.”

Unam slammed the table and raised his voice, “Of course, it’s necessary! They are just a drawback to The King. Just do what I told you to. I will take all the responsibility.”

After a quick outburst, Unam calmed down, “The Queen and The Princess are in Stanion Mansion. Send our best people to get the job done. We need to kill them before we subdue the Rebel Army!”

”I have escorted Videl to safety,” Lu An returned to the Tang Empire’s camp. Once more, they hid in the forest, still quite far from Ghortakh City, but the forest was the perfect cover for their large army.

”Good job,” Zhang Mengyao raised her thumb to Lu An, “Now, you will watch the development between the Rebel Army and the Athilia Kingdom. It’s a waiting game now.”

Lu An nodded and left with Yeon Hee and Viona, heading toward Ghortakh City.

”It’s the time,” Zhang Mengyao started the briefing inside the tent with her subordinates. They had been waiting for eight days, and it was time to capture the Athilia Kingdom as a whole. Of course, the main target was King Albertian. They wanted information from the King himself, the head of a family that had survived for hundreds or even thousands of years.

”We will use the same strategy when we capture Polaron City. Legion Commander Moonsong will lead his tribesmen to capture the south wall, and the Virion with the elves will fortify the wall for us,” Zhang Mengyao shared the plan with the others and glanced at Lu An, “You have been watching the battle closely, so how about their ranks?”

”The Stanion Family did not lie. King Albertian is Ancient Rank, and Commander Tulahan is also Ancient Rank, everyone else is an Epic Rank,” Lu An reported.

”Why don’t we just storm into the city directly?” Virion interjected, “The Athilia Kingdom’s force must be exhausted after battling seven days straight. They lack sleep; this is our best chance to strike them. We can’t let them get a rest.” The others glanced at Supreme General Zhang Mengyao.

She expected the question and met with The Elven King’s eyes, “If you have a plan that ensures zero casualties, then I am willing to hear it out.”

”We are stronger, and we just need Sir Alton, My Fa— Revalor, Sir Allan, Sir Auron, and Sir Olming to lead the charge. They can easily break the wall and wipe them out. Our soldiers will do the clean-up after all the commanders are killed or captured,” Virion explained.

”That will defeat the purpose of bringing the army, no? Why do we bring the army inside the Dimensional Tower, Vice Legion Commander Virion?” Zhang Mengyao responded with a question.

Looking at the confused look on Virion’s face, the Elven King seemed not aware of their purpose of bringing the army, “We bring the army to train them, get them stronger, and let them experience the battle between humans, especially for Tarriors. If all the names you mentioned do all the work, what is the point of bringing the army?”

”The reason we bring the army so they can level up, fight the monsters on their ranks or even above so they can grow. That’s the purpose of bringing them into the dimensional tower. If they have their way easy, we can’t have a strong force. For now, yes, we have the individuals that are stronger than the enemy commander, but what if we encounter a force that has the commanders as strong as our strongest individuals?”

Virion was indeed not aware of that purpose and did not think that far. This was a war, so his mind thought of a way to win the battle efficiently. Training the soldiers in the real war never crossed his mind, but he agreed with all the things said by Supreme General Zhang Mengyao.

”I am not aware of that purpose, and I also don’t think that far, Supreme General Zhang.” The Elven King admitted.

”Now you know. Do you still disagree with my plan, or do you have a better plan?” Zhang Mengyao responded with a smile.

”I agree with the plan. A frontal battle will be hard for us because we don’t have the siege tools, and their heavy machinery can kill a lot of our soldiers too. However, we can’t expect the same with Polaron City. I think the Athilia Kingdom will notice our ambush as they are stronger and more organized than the Rebel Army in Polaron City,” Marshal Alton reminded Zhang Mengyao.

”I am aware of that. We also expect the Rebel Army to notice our ambush in Polaron City, but The Moonlight Tribe did the job wonderfully before,” Zhang Mengyao nodded. With the plan all set, the Tang Empire will launch the night raid tonight.