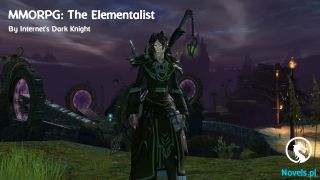 Zhang Mengyao came out of the bathroom after washing her face. Three hours of nap was enough to bring back the energy, but she felt so lazy. This was one of her bloodline traits; she became lazy and sleepy when the sun was up, “I am just half Vampire; what happens if I turn into a complete Vampire?” She muttered by herself as she put on the armor.

”Maybe I will sleep when the sun is up and wake up when the moon is up. That will be counterproductive to my work and position,” Zhang Mengyao shook her head and walked out of the room. It was a big and quiet hall; she looked to the left and right, “Where’s Alvarina?”

”She’s in Queen Melina’s room. They talk about the empire and sentimental stuff.”

Hearing the familiar voice, Zhang Mengyao looked down. Greed was standing across the door, licking his paw. The Dark Predator acted like a cat even though he was not a cat.

The first agenda in the morning was an internal affair about the knights from Lukan with Marshal Alton. She recalled last night, Marshal Alton was discussing the issue with his subordinates, ‘I think he wants to talk about the issue. I want to know the result of their talks too.’

The Dark Predator leaped to Zhang Mengyao’s right shoulder, “Alton is on the first floor in the main hall.”

When The Dark Predator landed on her right shoulder, she subconsciously looked toward her left shoulder. She felt weird with Wrath’s absence, “Where’s Wrath?”

”He said he was hungry and went out to hunt. Maybe he will return in an hour or two.”

Zhang Mengyao did not say anything again after that, but she kept glancing at the lazing Dark Predator. She heard a lot of stories about Lord Greed. She did not know where the stories originated from, but the stories told that a black cat admitted himself as Lord Greed. A talking cat was quite scary for sure, and the stories were being retold amongst the citizens and the Stanion Family’s force.

’I wonder what’s in its mind,’ Zhang Mengyao was curious about what the cat tried to do by doing that. She did not ask because it seemed the cat did not want her to know about the story.

”Good morning, Supreme General Zhang,” Marshal Alton greeted his superior with a smile. His eyes were fresh, not the eyes that just got up from sleep.

She pretended did not know why the old man looked for her even though she knew that the old man wanted to talk about his knights’ discontent about her being the Supreme General. She could tell that by Lu An’s report last night.

”I apologize for disturbing you this early, Supreme General Zhang,” Marshal Alton bowed his head, “I want to talk about the issue we talked about before, about my subordinates’ discontents about you.”

Before this, Marshal Alton had talked it out with Zhang Mengyao in private. He promised to resolve the issue by himself, but he failed to do so.

Zhang Mengyao nodded and motioned the old man to continue.

”Before that, I have to apologize for my subordinate misconduct,” Marshal Alton stood up and bowed seventy degrees toward Zhang Mengyao.

Zhang Mengyao waved her hand and smiled, “It’s fine. There’s no need for you to apologize, Marshal Alton. We come from a different world; the difference in opinion is normal. What’s important is to resolve the difference with a cool head.”

”Thank you for your understanding, Supreme General Zhang,” Marshal Alton returned to his seat, “I have tried to talk and convince them about the issue, but I think I failed to convince them. On the surface, they accepted my words, but I know they are not convinced with only my words.”

”I see,” Zhang Mengyao merely nodded and observed Marshal Alton’s expression. She could tell that there was more than this. She waited for the old man to continue.

The old man let out a sigh, “I don’t want His Majesty to hear the issue. That will not go well for my subordinates if His Majesty hears the issue, so I have an audacious suggestion…” He hesitated to complete his words. But this was the fastest way to resolve the issue.

”Go ahead. I will take no offense,” Zhang Mengyao could think of what the old man’s suggestion was.

”Do you mind if we hold a sparing fight between my subordinates and the Tarrior, Supreme General Zhang? The easiest and fastest way to resolve the issue is by showing how strong you and the Tarriors are. I think that will be enough to convince them,” Marshal Alton said with an apologetic expression.

Before Zhang Mengyao could respond to Marshal Alton’s idea, Lu An came out from the shadow, “That’s a brilliant idea. It’s so annoying to hear all the complaints from those weaklings. Let me face them, Sister Mengyao.”

Zhang Mengyao rolled her eyes as soon as she heard Lu An’s voice, “First, please call me Supreme General or General during the working time, Lu An. Second, It’s rude to eavesdrop on the meeting. Third, even if we agree to resolve the issue with a sparring battle, it’s not now.” She scolded the young man sternly. In fact, she noticed the young man’s presence as soon as she arrived in the meeting hall. She said nothing, thinking Lu An would not interrupt them, but the young man came out of the shadows as soon as Marshal Alton mentioned sparring.

”Also, the fight was meant to resolve the friction between us and the people from Lukan, not to create a new conflict. I will not let you participate if you join the sparring with the thoughts of crushing them,” She added for the last time and let out a sigh, “I apologize for my brother, Marshal Alton. He is still too young and rash in his words.”

Marshal Alton smiled and nodded, “So what do you think of my proposal, Supreme General Zhang?”

”I think it’s a fine idea. Sometimes a fight makes us become closer,” Zhang Mengyao agreed with the proposal, “However, I have conditions to hold the sparring, Marshal Alton. First, we must inform The Emperor about the sparing fight. Second, this is a friendly spar, no killing or even using a fatal skill. Third, we will do it after clearing the second floor and wait until The Emperor returns from the trial.”

The old man got up from the couch and bowed his head toward Zhang Mengyao, “Thank you for willing to give me your time, Supreme General Zhang. I will leave the meeting room first.”

Zhang Mengyao looked toward Lu An after the old man left the main hall, “I don’t know how they annoy you, but you can’t say things like “those weaklings” or even other derogatory terms to Marshal Alton and his subordinates. You are Tang Shaoyang’s brother, The Emperor’s little brother, and Marshal Alton with his subordinates are your Brother’s people. It’s unfitting for you to call them weaklings!”

”What if people hear The Emperor’s little brother berated the knights from Lukan with no reason? The people may think he can’t teach his little brother manners, then people will lose their respect for your Brother Shaoyang. Is that what you want?”

”I know, this might not be enough for that to happen, but if you continue your antics, the people will not respect The Emperor anymore. If that is what you want, you can continue whatever you want to do. Just remember that the people from Lukan are also part of the Tang Empire.”

Lu An was stunned for a moment. He did not expect to hear those from Sister Mengyao. He did not say anything for a good thirty seconds, thinking about what Zhang Mengyao had told him, “I am sorry, Sister Mengyao. I am still immature, but they are not supposed to talk bad about you too. They are in the wrong too.”

Zhang Mengyao smiled, “That’s why I am talking with Marshal Alton. Haven’t you heard of it? I just need to convince those knights that I am strong enough to lead them.”

Zhang Mengyao stood up from the couch and stretched out her hands, “Alright, it’s good if you understand. Follow me; we will discuss our next move in another room.”

The city had become the center of command for the Athilia Kingdom’s force, where The King stayed with his royal army. The King led the daily briefing in the morning with his retainers and commanders.

Sitting on the throne, King Albertian Weingartner had his eyes closed while everyone was waiting for The King to start the briefing, “Have you heard any news from the Stanion Family, Unam?” The King spoke in a low voice to his strategist next to him.