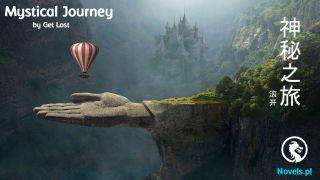 Tang Shaoyang switched places with Maldros. He expected the Dragonewt to be in the air, but it caught him off guard as he suddenly lost footing. He was prepared for this, so he stabilized himself in the air with [Sky Walk] instead of free falling.

The first thing he did was look down, looking at the swarm of zombies. The zombies rushed into the city, swarming into the human survivors who ran away from the zombie horde.

Tang Shaoyang deactivated his skill and let himself dived down. Aerelion and Vera followed him, descending at an extreme speed. Aerelion’s body cast a giant shadow below, and that stopped the zombie’s movement. The zombie horde stopped moving and simultaneously looked up. It was the same for the survivors who got chased by the zombie horde. They stopped running and looked up at the Infernal Wyvern.

”I can’t go all out with survivors around,” Tang Shaoyang muttered to himself and summoned a few spirits: Lilliana the Grand Guardian, Rosalie The Flame Empress, Zowen the Grand Lightning Magus, and Zara the Angel of Death, “Evacuate all the survivors. Get them as far as possible from me.”

”Why me? I should be around to help you,” Zara disagreed with the decision.

”I think I don’t need help. If possible, I don’t want any spirits to help me in the fight against these zombies. I want to test out how strong I have become,” Tang Shaoyang explained., “Though they are not the right target to test me out.” He doubted there was Ancient Rank Zombie in the zombie horde, so he did not think he would be troubled against the zombie, “On top of that, I need to release my anger on them from killing my soldiers. I need you to protect the survivors from me, not the zombie, and you are the only capable of that, Zara.”

”Alright,” Zara relented and descended to the dozens of survivors, “Why are you dazing around? Get on your feet and run if you want to keep your lives!”

The Angel of Death’s cold words made the survivors snap out into reality from their shock. The zombie horde was enough to scare them. Added with the black dragon above their heads, that sent them into a trance.

The survivors turned around and ran away from the zombie horde. Lilliana, Rosalie, and Zowen joined the survivors as Zara watched them from the air.

He was surprised when the purple-skinned zombie’s window status appeared before his eyes. He did not expect the Ancient Rank Zombie to exist. A frown formed on his forehead at the rapid zombie’s development. It was kinda lucky that he encountered this zombie after he went to Lukan.

Tang Shaoyang imagined what if the Lionax Kingdom’s third prince did not open the dimensional gate to Earth. He would not reach the point where he was. He would be stuck in the same rank as the others, Epic Rank.

’I ignored the zombies because I think they are just irrelevant mobs in the Game, but their rapid growth is quite frightening. I can’t let this Immortal Dynasty escape, or at least, I have to kill this purple-skinned zombie.’

’Vera! Aerelion! Make sure no zombies escape from us. You two will chase them if they try to run away!’ He sent a command to the two spirits above him.

”Look who we have here,” The purple-skinned zombie opened his mouth as he stared Tang Shaoyang into the eyes, “Are you the Tang Empire’s Emperor?”

Di had Wang Zhengju’s memories in his head, and Wang Zhengju had seen Tang Shaoyang’s face during the Earth Tournament, so he immediately recognized The Tang Empire Emperor.

Tang Shaoyang was surprised the zombie knew who he was even though this was their first meeting.

”Don’t be surprised. I have the memory of a human called Wang Zhengju,” Di grinned ear to ear, “He is the leader of the Great Wall Party, if I am correct. You know him, right?”

”Heard the name but never seen the face,” Tang Shaoyang shrugged, “And thanks, I guess? You helped me get the nuisance for my Empire, and I don’t have to feel guilty for killing my kind.”

After saying that, Tang Shaoyang took out Dragon Destroyer and Titan Blade. He held the battle-ax in his left hand and the greatsword in his right hand. This was the debut battle for the Titan Blade, and he would see the impact of the new weapon. Did a new and better weapon make a difference? He would find out soon.

Di licked his black lips as he eyed Tang Shaoyang and the two beasts in the air, “And thank you for coming alone. I ran away from your massive force, and yet you surrender yourself to me with a dragon and a weird bird? I wonder how strong I will become once I swallow you and the dragon. This is so exciting!” The Zombie Emperor laughed in excitement.

”I alone am enough to wipe out your nonsense dynasty,” The moment he finished his words, his figure disappeared. He used [Blink] and appeared right in front of The Zombie Emperor. His blink caught the Zombie Emperor off guard, but the female zombie reacted faster and better to protect her Lord.

Tang Shaoyang swung Titan Blade toward Di’s upper chest, but something like black formed in front of Di. He did not know what it was, and he did not try to break the skill with Titan Blade’s skill, [Mana Break]. The moment the sword reached the black hole, it sucked the sword and repelled the sword two seconds later. The sword was repelled, but he swung the battle-ax to the Zombie Emperor’s head after the first attack failed. He swung the battle-ax toward Di’s neck.

Thanks to the female zombie who blocked the first attack. The other zombies reacted after the first attack. Di leaped backward as one of the giant zombies stepped forward. The zombies with ten hands transformed their hands into multiple shields and received the battle-ax.

The Zombie with ten hands blocked the ax, but the impact sent the giant zombie flying backward. It crashed into the other zombies and smashed them into meat paste with the weight of its body. The giant zombie kept rolling on the ground, killing more zombies while it was on it.

”Get back, Lue!” The Zombie Emperor called out, “Why are you all dozing off? Protect Lue!” Di noticed Tang Shaoyang set Lue as the priority target.

The Zombie Emperor was about to summon his own weapon, but he felt pain in his palm, leaving him flabbergasted. He was an Undead, he should not be able to feel pain, but the acute sting on both his palms proved him wrong. He could still feel the pain.

Di flipped his palm and saw purple blood dripping from his palms. He thought he neutralized the sword, but he was wrong. The sword wounded him.

”Get back, Nou!” Di heard Lue’s yell. He raised his head and saw one of his strongest Giants got its head separated. Of course, it was not enough to kill the Giant by severing the head, but the black flame burned the zombie into the dust.

Tang Shaoyang furrowed his brow, ‘Are they far enough?’ He was thinking of the survivors. ‘I hope they are far enough away not to get hurt.’

He activated The Dragon Transformation. The black scales grew on his skin, his tail grew, and a pair of dragon wings flapped open, “I am not going to waste my time on the small fries.”

Tang Shaoyang activated the skill. It started from his feet; the ground cracked and spread out. The building around him fell off because of the crack on the ground. The strong wave of heat gushed out from the cracks as more and more buildings crumbled. Five seconds later, black fire shot up from the cracks. Following the crack, the black fire spilled out of the crack and filled the city. The empty city was filled with black fire in the blink of an eye.