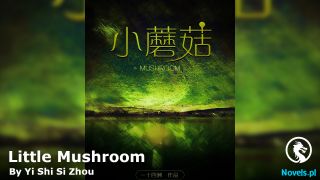 Li Shuang led Tang Shaoyang to the Healer Division’s building which was next to the main building. They went to the fourth floor, where the injured were treated. On the way here, Li Shuang had told him the situation. There was no healer capable of curing them but Kang Xue and Helia, who had the Light Elemental Power. They were the only ones who could expel the Dark Mana from the human body.

Tang Shaoyang stood next to the bed where Zhen Yang was. He looked at the wound on the stomach that blackened, and the man’s face was pale blue, ‘I can control Dark Mana; do you think I can absorb the black mana out?’

[I think you can’t do it. We need someone with Light Elemental Power not just to expel the poison but to cleanse the dark mana inside them that might infect them. Moreover, you can’t control mana that does not belong to you, Master, if that makes sense. But it’s worth a try; it’s just my assumption.] Zaneos voiced his thoughts.

Tang Shaoyang scratched his head and put his right hand on the wound that started to open again after getting healed, ‘What do I need to do now?’ He immediately realized what Zaneos said was right. He could not control mana that did not belong to him.

He pulled his hand back and asked, “What about Yu? Can he do something about this?”

Yu the Alchemist had been staying in the Alchemist Facility ever since he left for the trial. The alchemist was quite excited with the facility and had been helping the alchemy development for the Tang Empire.

”Don’t we have them? The Light Bombyx Mori Tribe, don’t we have them for the last ingredient? Wait, why don’t they just heal them directly? We don’t need to wait for Helia or Kang Xue, no?”

”We have tried, but all matured, the Light Bombyx Mori gone with the Supreme General into the tower. The remaining Light Bombyx Mori can’t control their elemental power well to mix with Yu’s cure,” Li Shuang, of course, had tried this, and it did not work.

’Do we have someone with Light Elemental Power?’ Tang Shaoyang scratched his forehead as he asked about his spirits. He could not remember all his spirits’ abilities.

”We don’t have a choice but wait for them to return from the dimensional tower,” Tang Shaoyang let out a sigh and shook his head. He then looked at the healer next to the bed, which had been casting the healing spell constantly, “Thanks for your hard work.”

The woman straightened her back, “No, Your Majesty. This is my duty; there’s no need to thank me.” She was stiffened while replying.

Tang Shaoyang smiled and nodded before turning around. He headed out of the infirmary, followed by Li Shuang, “What about the dead? Do they have a family?”

Before Li Shuang answered him, Duan Ya came in front of them, blocking them from getting out of the room. He looked at Li Shuang with a face, asking, ‘Who’s this veiled woman?’

”Are you The Emperor?” Duan Ya asked without using honorifics.

”My name is Duan Ya, and I am Chang Jie’s friend,” Duan Ya subconsciously. A few seconds later, her eyes widened as she did not mean to answer Tang Shaoyang. It just came out naturally from her mouth.

”Chang Jie? Who is he?” Tang Shaoyang glanced at Li Shuang.

”Chang Jie is the fourth person poisoned by the dark mana. He is a villager from Shiye Island.”

Tang Shaoyang nodded understandingly and turned toward the veiled woman, “We can’t do anything for your friend for the time being. The people who are capable of healing your friend are not around, so you have to wait for them to return.”

”That’s it? Are you not going to do anything for them? Visit them and leave afterward? That’s it?” Duan Ya raised her voice slightly, clearly agitated by the answer.

”You are rude to His Majesty, Duan Ya!” Li Shuang stepped up, but Tang Shaoyang pulled her back.

Duan Ya noticed Tang Shaoyang’s weird eyes. Purple left eye and red-black right eye were clearly not normal human eyes. She flinched slightly, but she did not back down, but she could not give an answer as well.

”I know you are frustrated to see your friend on the bed, unconscious, but I don’t think it’s good to release your stress on someone else. If anything else, you should blame yourself, not strong enough to protect your friend.”

After saying that, Tang Shaoyang walked past the veiled woman and went out of the room together with Li Shuang.

”You have become more patient than before. I thought you would do something to that girl,” Li Shuang exclaimed as they walked into the hallway.

Li Shuang nodded, “It’s just that the last part is unnecessary. You just put more stress on her instead of relieving her frustration.”

Tang Shaoyang shrugged and changed the topic, “What about the dead Tarriors? Do they have families? If they have family, The Empire will take full responsibility for all of them.”

”I am on it. We will call them all when we identify them all and compensate the family.”

”Then I will leave them to you. I have to investigate this Immortal Dynasty,” Tang Shaoyang headed to the rooftop while Li Shuang came down.

Standing on the rooftop, he was about to fly to meet Wen and the others. However, he paused for a moment as he forgot something, “Did I forget something?” He rubbed his forehead, thinking of what he missed.

[I found two sleeping wolf cubs in your office, Master. Should I leave them be, or do you need someone to take care of them?]

Origin’s voice rang in his head, and he remembered what he missed. The Celestial Wolf cub forgot to arrange something for them, and he was flabbergasted that the two cubs were still sleeping, “They are still sleeping?” He smashed the table into two, and it made a loud noise for sure. How could they still sleep after that? “Are they cursed by a sleeping curse or what?”

”Kalliyan has babies; maybe I can trust her with the Celestial Wolf cubs,” Tang Shaoyang muttered to himself. They were fierce wolves, so he did not want them to be raised like a pet dogs. He wanted them to be like their parents.

Tang Shaoyang communicated with Kalliyan through telepathy. He could do that as long as they were in the same world and dimension. He told Kalliyan to pick up the two Celestial Wolf cubs before leaving in Beijing’s direction.

It should take days to walk, but Tang Shaoyang arrived in Beijing within less than an hour. The first thing he noticed was the tall flesh tower; the tallest thing in Beijing was that flesh tower. Cao Jingyi informed him that they were in the front of the flesh tower through The Communication System.

Wen, Cao Jingyi, Li Na, Kairu, and Yu Shun were standing in front of the flesh tower. Wen and Kairu were the first ones to approach Tang Shaoyang, “Congratulations on your advancement, Master.”

”Let’s skip that and focus on the matter for now,” Tang Shaoyang nodded and waved his hand to the two beastmen, “What happened? Where’s the Immortal Dynasty?” He did not find a single zombie in the city, not even the bodies. However, the flesh tower was still pulsating.

”We don’t know what happened either. I tried to spy on them, but there’s not a single zombie in the vicinity when I arrived,” Wen responded.

”It seems the Immortal Dynasty is afraid of us, Brother Shaoyang,” Yu Shun came over and smiled.

Tang Shaoyang furrowed his brow as he looked at Yu Shun, who smiled happily. It was the smile of happiness, not a respectful smile or polite smile as if something good happened to him, “You look happy.”

”Of course, I am happy. Look at my new collection. Thanks to this one, I will be able to evolve more new and stronger zombies,” Yu Shun proudly showed Winge to Tang Shaoyang.

Tang Shaoyang looked at the zombie, “I know you are happy to find a new type of zombie, but keep that for yourself, for now, Yu Shun. We just lost a hundred and seventy-eight Tarrior to this particular zombie. Please restrain yourself, Yu Shun. Especially to the families of the dead Tarriors.”

”You are not fun, Brother Shaoyang,” Yu Shun shrugged, “They died because they are weak. If anything else, they should blame themselves for not being strong enough to fight the Epic Rank Zombie.”

Tang Shaoyang frowned as he did not like what Yu Shun said. The Tarriors were not strangers, but their subordinates, meaning they were part of the Empire. It was not appropriate to say that, but then he recalled what he had told Duan Ya. He realized that Yu Shun was copying him, ‘I am the issue.’ Tang Shaoyang realized the root of the problem.