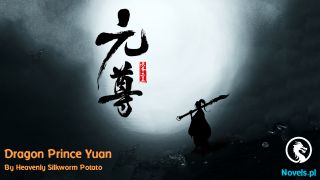 Tang Shaoyang held his new weapon with his right hand. The sword in his hand was heavier than the Dragon Destroyer. He swung the weapon in the air to try a new weapon.

Each of the swings made an intimidating noise. Tang Shaoyang nodded his head as he was satisfied with the new weapon. Titan Blade was his choice, even though he was more fond of Reaver than the sword. His priority was the size of the weapon, not the type of weapon. The Reaver was smaller, a little bigger than a normal sword, but could not be compared to the Titan Blade.

Bonus Attribute: +10% of the user’s Strength

After getting the Titan Blade, Tang Shaoyang finally could see the big gap between the equipment. The new weapon gave him an additional attribute based on the percentage of attributes instead of a fixed amount. That was big, considering he was Ancient Rank. A fixed amount like 500 or even 1000 Strength barely helped him. Of course, the additional skill was even more badass.

[Mana Breaker: Breaking a spell or a skill-based on Mana! Cooldown: 120 minutes]

That was a good skill. That meant he could break any defensive skill with that additional skill. The Dragon Destroyer was lackluster compared to Titan Blade. Even so, Tang Shaoyang was reluctant to throw away the Dragon Destroyer.

[You can dual wield it if you want, Master. That’s weird because both are two-handed weapons, but it was not an issue for you, who easily pick them up with one hand.] Arkanos, The Fire and Ice Blade, voiced his thoughts. He was the only dual-wielder among his spirits.

Tang Shaoyang listened to the idea and took out the Dragon Destroyer from his inventory. He held both weapons, and he furrowed his brow, “I don’t like this.” He shook his head and put the weapons back into the inventory, “I will just one of them one of the time.” There was something weird when he held both weapons, so he decided not to dual-wield them.

”I have finished my trial, but I don’t know how much time has passed,” Tang Shaoyang looked at the two sleeping cubs. The Celestial Wolf cubs were still sleeping all this time. He scratched his head and asked himself, “Is there anything else I need to do before going back?”

[Don’t forget the Archaic Summoning. I think it’s safer to summon the Archaic Spirit here, no? We don’t know what that Archaic Spirit will bring to us.] Zara, the Angel of Death, reminded Tang Shaoyang of the skill he got after reaching the Ancient Rank.

”Ah, that’s true. I almost forgot about that,” Tang Shaoyang was focused on what he gained from the advancement. From the bloodline, the Second Class, and Talent. He realized that he got nothing but more Attribute Points after the advancement. Yes, he got more Attribute Points each time he leveled up, but that was it. He and the Spirits concluded that his Class, Talent, and Bloodline had reached their maximum potential. He had reached the highest advancement of all the three.

Tang Shaoyang opened the window status once more and realized [Archaic Summoning] was categorized under a Special Skill. The skill was separated exclusively from the other skills. This made him excited, but then something crossed his mind, “Can I use the skill without the sacrifice?”

[That’s actually a good question. But why don’t you try to use it and find out? If you don’t have a sacrifice, the skill won’t be activated anyway. Maybe it will give you a clue if there’s a condition to using the skill.] Zaneos gave a nice idea.

The idea made sense. The skill would not get activated without sacrifice, but the System would notify him why he could not use the skill. He might get some clues regarding the skill that way.

Tang Shaoyang nodded, and he activated the skill.

The moment he activated the skill, his head and vision were spinning. His vision was pitch black before a chilling bite assaulted his skin. His thoughts were jumbled, his vision was still blurry, and it took some time for him to realize that he was not in the trial dimension anymore.

Tang Shaoyang blinked his eyes and looked down. He was standing on the top of the ice, and he could see his reflection on the ice below him. The chilling bite on his face woke him up. He looked up and saw a gargantuan ice mountain. He thought it was just a normal ice mountain but saw something inside the ice. He started to outline the figure inside the ice mountain and found out it was a massive Dragon.

Massive meant it was much bigger than Rumru, the Black Dragon he encountered in Arkania Continent. The towering figure was maybe a hundred meters? Or even more, he could not tell it. He could not immediately see the Dragon inside the ice because of its skin. The skin appeared crystalline and translucent; its wings frayed at the edge of the membrane were grayish-blue in color. It took a while for him to outline the creature inside the ice.

Tang Shaoyang crooked his head up almost a hundred and eighty degrees to see the dragon’s head. Its blue eyes were open, but there were six more red eyes behind the blue eyes up to the horn. He could not tell whether the red-gems-like eyes were eyes or not because they looked completely different than the blue eyes. Then he looked at the dragon’s eyes once more, and at that moment, he felt like his heart was about to explode.

Tang Shaoyang’s eyes widened in shock as he lost all his energy. His knees went weak, and he fell on his knees. He weakly looked down on the ice. His heartbeat exploded; it beat so hard and so fast. He was suffocated by the unknown overwhelming feelings.

’What happened to me?’ Tang Shaoyang asked himself while his mind was in chaos. Rumru gave a similar feeling the first time he met the Black Dragon. However, it was more awe and admiration with a bit more caution. This time was different; it was as if something forced him to bow down. This made him angry; he was angry because this reminded him of his past. In the past where had to lower his head even though he had lost his loved one. When he could not do anything to the people who hurt his lover.

The reason he wanted to be Emperor was so he would not be helpless anymore. He wanted to protect everyone around him. He wanted to have that power and had been working for it tirelessly. He often put himself in danger to get stronger, and now he was forced to lower his head once more.

”NO! I won’t lower my head anymore to anyone! Whether you are a God or a Dragon! I don’t care!” The anger pushed him to activate the Bloodline Transformation. He gained his footing once more. He slowly stood up as he transformed.

Tang Shaoyang forced himself to look at the Dragon inside the ice mountain, right in the eye. He challenged himself to look at those eyes once more. When he looked at the eyes for the second time, he realized what feelings overwhelmed him. It was fear and nervousness of facing someone he could not defeat. Even though he managed to stand up and face the dragon again, he realized that he was still inferior to the creature inside the ice mountain.

”You passed the first test,” A melodious and enchanting voice echoed in the air.

Tang Shaoyang subconsciously looked at the voice that came from the right side. He turned his head and saw a figure descending from the sky. It was a humanoid figure with a similar wing to the Dragon inside the ice mountain. The figure wore a grayish-blue dress that was longer than the body, covering her feet the dress. She had a translucent blue shawl on her hand and a hood that covered her eyes. Her long grayish-blue hair fluttered as she descended closer to him and stopped two meters in the air with her dress touching the ice.

The figure gave him the same overwhelming pressure, but it was much less compared to the dragon inside the mountain ice.

”Are you an Archaic Spirit?” That was the natural question that came out of his mouth.

”But why is the skill activated? I don’t have any sacrifice,” Tang Shaoyang muttered to himself. He was confused because he did not expect the skill to work.

”It’s because I am different from your normal spirits. You don’t need to sacrifice to meet me, but you can’t force me to sign the contract just like the normal spirit,” The figure explained, “Also, it’s rude to use the Detection Skill on me, but I will overlook the first offense because the same blood flow in our vein.” Despite her words, she showed no expression of being offended, “Also, that detection does not work on God; you should not try it again when you meet the other Gods!”