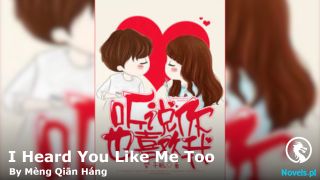 Arkelios noticed that its friend was cornered and tried to help, but a green figure appeared in front of it. At the same time, fierce whirlwinds surrounded Arkelios, locking its movement in the air.

The flying zombie turned around, but then a shadow loomed over him. Not just the shadow, but he felt a strong heat too. Arkelios looked up and saw a lion beastmen in flames descending toward him. It was about to flap its wings to get away from the Flaming Lion, but it was too late.

Kairu caught Arkelios in the air, and his hands reached the flesh wings, tearing apart the wings. They both fell to the ground as Arkelios lost its wings.

As they crashed to the ground, a flame pillar burst out from the falling spot.

”That brute brain,” Wen complained as he realized Kairu was about to kill the flying zombie. He used its Wind Elemental Power, dispersing the wind in the air, and came down, “Don’t kill the zombie, Kairu!”

The dust and the flame dispersed, revealing the two figures behind them. Kairu’s had his knees on Arkelios’ shoulders, pinning down the zombie. At the same time, the blazing flame swallowed Arkelios from its feet. It had lost its lower body as the flame crept up to the upper body.

”This thing has killed many Tarriors. Why do we need to spare its life? We need to kill this thing, or else Master will get angry at us,” Kairu looked back at Wen as if Wen was a crazed beastmen.

”Haven’t you learned Basic Detection already?” Wen came over and slapped the back of Flaming Lion’s head, “This thing has an affiliation, so we need to dig more information to find the root and wipe them all!”

Hearing that from Wen, Kairu looked down at Arkelios. He used [Basic Detection] on it and nodded, “Immortal Dynasty, huh?” The flame on Kairu’s body dispersed as he got up from the zombie. Arkelios lost its arms and lower body, leaving only the head and the body. Even so, it was still alive, glaring at the Flaming Lion in surprise.

The Demonic Ape shrugged, “I killed it.”

”Huh!? Where’s the body then…” Kairu paused, “Don’t tell me you punch that big guy until nothing is left behind?”

Pride scratched his head, “It seems so. I was so angry that I couldn’t control myself well.”

”It’s fine. At least we have one of them,” Wen approached Arkelios. The flying zombie was still shocked that it was defeated that fast.

”I will not tell you anything about the Immortal Dynasty!” Arkelios overheard the three beasts’ conversation. It thought it would get interrogated, “We don’t feel pain, so interrogation is useless against us!”

”Being unable to feel pain has its perks, I guess,” Wen smirked, “But we will not interrogate you. We will have someone to see the things in your head.”

After that, Wen glanced at Kairu, “You watch over this thing. Make sure it can’t regenerate its body. I will try to save the surviving Tarriors.”

Kairu’s flame could prevent the zombie from regenerating, so he asked the Flaming Lion to guard the zombie, “You come to help me to rescue the Tarriors.” The Jade Eagle spoke to the Demonic Ape.

They did not get those high-grade potions from the General Shop as it was too expensive. Most of the potions were from the treasure chests.

”A hundred and seventy-three Tarriors died, and thirty-two of them are in a critical condition. We have to wait for the healers to heal them,” Wen muttered to himself. The Demonic Ape brought all the injured to the village, sheltering them in the house. The dead remained outside the village.

Wen closed his eyes and reported it to Li Shuang and Cao Jingyi. While Zhang Mengyao and Tang Shaoyang were away from the main base, those two were in charge. He reported the highest casualties so far in the Empire’s history. That was why The Demonic Ape and the Flaming Lion were concerned that their Master would get angry.

Duan Ya was startled as she felt a presence behind her. She pulled out the bow and charged the mana arrow, aiming it toward Wen, “Who are you?” That question came out of her mouth naturally.

”That should be my question. Who are you? Why are you secretly watching the village?” Wen’s jade eyes glanced at the mana arrow. He noticed the density of mana in the arrow, “You are quite a skillful archer.”

Duan Ya was nervous at the sight of the Jade Eagle. This was the first time she met a beastmen, “I am one of the villagers. Is the fight over?”

”You are quite strong, but you are running away and hiding!” Wen raised his voice. He was upset that someone at her caliber did not fight the zombie. If she was there, she might stall sometime until he, Kairu, and Pride arrived.

Wen squinted his eyes. He recalled that one of the Tarriors told him that they were part of Gan Shuo’s team, ‘What am I doing? Why would I try to blame someone for my inability to save the Tarriors.’

The Jade Eagle let out a sigh, “The village is safe now. The zombie is dead, so you can bring the villagers back to the village. I need them to tend the injured Tarriors.”

Duan Ya nodded her head furiously and ran toward the forest as Wen flew back toward the village. He was flying right above the village, watching the surroundings. Just in case there were more zombies coming toward them.

Seraphic lowered her body, and Li Na, Cao Jingyi, and twenty healers came down from the Divine Falcon. Wen greeted them with a bow, “The injured is inside the village.”

The healers came into the village under Duan Ya’s guidance, leading them to the injured. Cao Jingyi and Li Na stayed outside with Wen, “They are from Gan Shuo’s team?” Cai Jingyi asked The Jade Eagle, “Where’s Gan Shuo?”

Gan Shuo’s team was the team that found Zhenjiang’s territory. She recalled that seven hundred of Gan Shuo’s team were escorting the survivors to the main base. That meant he led the three hundred people to continue the exploration, and this happened to them.

Wen did not speak and led them to a body that was not far from where they were. There was one body separated from the other’s dead body, “He is Gan Shuo. He died from protecting two young men under him, and we can’t blame him for what happened. Their enemies are two Epic Rank Zombies. One is level 1278, and the other one is level 1331. Even if their team is complete, it just means more casualties.”

Cao Jingyi looked at Gan Shuo’s face and was surprised. The man was smiling as blood painted his lips down to the chin, “Epic Rank Zombies?”

”Yes. They are from the Immortal Dynasty, and I don’t think they are from nearby. I think they especially come for us. Follow me; we capture one of them,” Wen led the two girls to where Kairu was.

Arkelios was still in flames. The flame prevented the zombie from regenerating part of its body.

Cao Jingyi furrowed her brows after using [Basic Detection]. The zombie in front of him was a new type of zombie, Winge. It was level 1331, just like Wen told her, and she agreed that if Gan Shuo’s team was complete, it just meant more casualties.

”It’s our fault. We haven’t encountered any Epic Rank Zombies during the exploration, so we don’t put the Epic Rank into the Expansion Team,” Cao Jingyi turned toward Li Na, “Can you pick up Yu Shun? We need him for this thing.”

Li Na nodded and left with Seraphic once more. At the same time, Cao Jingyi ordered all the Expansion Team to stop and call them back. She did not want what happened to Gan Shuo’s team repeated again.