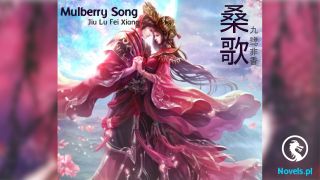 ”NO!!!” Chang Jie rushed toward the giant zombie when the five bodies were swallowed. He dragged the great sword toward the Bolios as anger took over him.

”Come back, Chang Jie!” Gan Shuo tried to stop the big guy. The giant zombie was an Epic Rank, not something Chang Jie could face. He had no class and Talent; no matter how high-level was, he was at a great disadvantage for sure.

However, Gan Shuo’s attempt to stop Chang Jie failed as the big guy ran faster than he could imagine. The Field Commander wanted to rush over to assist Chang Jie, but he knew it was a bad decision.

The best scenario for fighting two Epic Rank Zombies at once was to stall the fight until the reinforcement arrived. If he came to assist and got killed for the worst, his subordinates would crumble. They would either charge madly at the zombie or lose the will to fight because their leader was killed. With those thoughts in mind, Gan Shuo held himself back.

”Archer! Use everything you have to shoot the flying zombie!” Gan Shuo commanded. ‘This is the best thing I can do to assist you, Chang Jie.’

Keeping the second Epic Zombie from intervening was the best support he could give to Chang Jie, who charged madly at the giant zombie.

”ARGHHHH!” Chang Jie screamed; the giant sword did not slow him down at all. When the distance between him and Bolios was three meters, he held the sword with his two hands and leaped toward the giant zombie. He held his sword up and swung it down, right toward Bolios’ head.

Bolios did not dodge the sword. It doubled his two hands up, blocking the sword. The sword penetrated the skin, but it barely sliced Bolios’s hand.

The giant zombie looked up with his grayish eyes, “A little bit of stimulation is not bad.” While the two hands blocked the sword, Bolios’ other four hands slammed into the big guy’s body.

The crack noise was very clear along with the punch. Chang Jie released his grip on the sword and sped up backward, crashed, and rolled onto the ground. The impact was so strong that the giant zombie sent the big guy back to Gan Shuo. The latter had put away his sword and caught Chang Jie’s body.

”Are you okay?” Gan Shuo asked, but he did not need the answer to find whether he was okay or not. Chang Jie’s eyes were half-passed as his mouth pumped out blood. What made it worse was Chang Jie’s body was a dent in from the punches. He could see the ribs piercing out his chest, and he could tell that the big guy was on the verge of dying.

If Gan Shuo’s team had a healer squad, he could send Chang Jie to the healers. That would help to sustain Chang Jie’s life until the high-ranking healer came and healed Chang Jie. That was the best scenario, but Gan Shuo did not bring even one squad of healers. All this time, there was no Epic Rank Zombie or even zombie that could threaten their lives. Usually, a low-grade potion would do the job, but today was just unlucky to encounter two Epic Rank Zombies.

However, The Field Commander had something others did not have. The Tang Empire gave the Field Commander one high-grade potion. It basically could heal any physical injury, and that could help Chang Jie. A high-grade potion was one of the rarest potions, and it cost like a hundred thousand per potion in the General Shop of the smart base. That was a second life and worth a lot. However, Gan Shuo did not hesitate to take it out and chugged the potion into Chang Jie. He came closer to Chang Jie’s ears and whispered, “I know you are still conscious. Don’t resist the potion. Drink it.”

At the same time, Wan Yongzhen, Zhen Yang, and Liao Zhenya stood in front of their Captain to give Gan Shuo a cover from the zombie. After giving the high grade, he ordered his subordinates to bring Chang Jie to the back.

”You just wasted a precious healing potion on your useless subordinate,” Arkelios said. The flying zombie could tell the potion’s quality and noticed it was a high-grade potion, giving Gan Shuo a surprise, “You guys are really different, huh.” Arkelios compared The Tang Empire and the Great Wall Alliance. Only the leaders had those high-quality potions, but Gan Shuo used that on one of his subordinates.

”I don’t think I waste my potion if it saves someone’s life,” Gan Shuo replied. At the same time, he sent a message to his subordinates through System Communication. He told them their strategy to fight the two Epic Rank Zombies, a passive fight where they would fight for their lives instead of killing the enemies until the reinforcements arrived. If it was just one Epic Rank Zombie, he would give it a try, but two Epic Rank Zombies at once were just too much for them.

”That’s true, but you are using it on a useless person. That guy is so weak. He is not your winning condition against us,” Arkelios smiled.

”That’s not your problem.”

”Can you stop talking, Arkelios? We came to kill them, not chatting with them,” Bolios did not have the same patience as his friend and interrupted. The giant zombie picked the greatsword with one of his hands, swinging it to the empty as it interrupted the conversation, “I am hungry! I need food!”

”You are not wrong too, Bolios. I will watch from here, and you can have a feast,” Arkelios gestured to Bolios to attack Gan Shuo and his team.

The giant zombie ran toward them, causing the ground to vibrate. The zombie was not fast, but it was fast enough for a giant like him. Gan Shuo took the lead and charged toward Bolios. He put his shield forward as a barrier formed around the shield, covering him from every angle.

Bolios raised the sword and slammed it down toward Gan Shuo. The latter did not expect that the strike would be so fast that his eyes barely caught the movement. Gan Shuo was caught off guard and did not have the chance to dodge the attack. He received the sword with his barrier, and the barrier disintegrated within that single attack.

However, Gan Shuo managed to stop the sword with the barrier, but he had nothing but a shield for the incoming attack. Four giant punches came the moment the shield disintegrated. He could not avoid the punch and was forced to receive it with his shield.

The four punches hit the shield at the same time, and Gan Shuo just did not expect the punches to be that much strong. He could not stop the punches with his shield as the impact sent his body flying. His body flew past his subordinates, who followed him and crashed behind them.

Gan Shuo immediately stood up and shouted, “Keep the formation! Keep the formation!” Then he looked at his left hand, shaking fiercely from the impact. He felt the throbbing pain on his wrist, and he was aware that he had just broken his wrist. It was a miracle that he still could hold the shield. Gan Shuo took out a low-grade potion and chugged it down.

The throbbing pain slowly disappeared, then he inspected his shield. The shield was deformed from the punches; it broke down. He threw the shield away and got a new shield from his inventory.

Gan Shuo recovered quickly after the initial loss against the giant zombie. However, seven people were flying toward him by the time he was ready to join the formation. He looked up and saw seven of his subordinates with the big shield were in the air. They landed around him, and then he looked toward the center of the battle, and his eyes widened.

None of the Tarriors could handle the force behind the giant zombie’s punches. Bolios swung its arms, and his subordinates were sent flying. Within less than a minute, Bolios broke the formation easily. The giant zombie continued the havoc and swept all the Tarriors on his path.