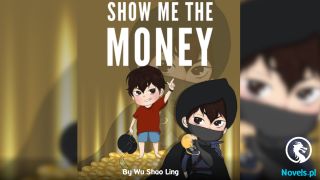 Videl had never felt this helpless before, where his life was in someone else’s hand, “Guess so, but it’s not like we have other choices, Father. We will die even if we don’t betray the Gienas Kingdom; why not take this small chance of survival if that is the case?”

Emilio did not respond to his son. His reply was just a short sigh while shaking his head.

”There’s a crowd there; want to check them out?” Videl looked at his father.

Emilio was flabbergasted with how his second acted as if nothing had happened to them. With no context, people might think they were on a vacation visit instead of falling into disgrace.

”I am amazed at how quickly you adapt to your new status, Videl. Is this the son I know of?”

Videl shrugged, “There’s nothing you can do for now, Father. You will be just stressed and depressed if you keep dawdling into something you can’t change. Move on and plan what we must do with our new status. Also, do you know what Tarrior is?”

Emilio released another sigh while shaking his head, “Guess we have to find out more about the Tang Empire. First good impression to their armies will help us too,”

The father and son left toward the crowd, hoping to find out more about the Tang Empire. It was surprising that they could move on their own without being watched despite being prisoners half an hour ago.

During their not much free time, the father and son managed to find out what Tarrior was. It was the official name for the Tang Empire’s armies.

”This is actually good for a mass meal,” Videl enjoyed the soup he got from lining up with the locals. Even though the soup did not have meat, he still enjoyed the food with a unique and new taste.

As the father and son enjoyed the food, a voice interrupted them, “Are you Videl Stanion and Emilio Stanion?”

The father and son looked down because the voice came from below. They found a black cat staring at them.

”The cat is talking?” Videl blurted.

”Yes, I am. Call me Lord Greed,” Greed responded to Videl, “The woman— Lady Mengyao ordered you to come back,”

Videl threw up the soup in his mouth as he was laughing hard. Who would not laugh when a talking cat said that. But then he sensed a strong killing intent directed toward him and instantly shut his mouth. He realized the killing intent originated from the black cat.

”I apologize for my son’s rudeness, Lord Greed. We will immediately return,” The Father pulled his son and returned to the house.

Both were still holding the bowl of soup as they ran back, leaving the cat staring at them.

Beijing was crowded with the living zombies, walking around with no purpose. Each of the roads was filled with zombies, void sign of life.

Inside the corrupted smart base, there was a long hall. This hall was used by the Great Wall Party for an assembly, and it was used by the Zombie Emperor. The purple-skinned zombie sat on the throne made of red meat.

”What do you have for me, Astrea?” The Emperor asked the female zombie who knelt toward him.

”I have found the Tang Empire’s forces, Your Majesty. I have watched them for a while now, and as Your Majesty predicted, they are coming toward our direction,” The female zombie reported, “Also, I have to admit that they are stronger than we thought.”

”How strong?” The Emperor asked.

”I have tried to lure the stage-8 and stage-9 zombies toward them, but they killed them without casualties. Also, I haven’t encountered the names you mentioned, Your Majesty,” The female zombie responded.

”Hmmmm, this is quite tricky, huh? What about the General? Do you think the General can win against them?” The Emperor inquired.

”I am not sure. I think the leaders who killed the stage-8 and stage-9 zombies haven’t used everything they have. I can’t measure how strong they are, Your Majesty,”

”I see,” The purple-skinned zombie nodded and rubbed his chin, “So, what do you think we should do against them, my witty Advisor?”

”I lack the data to make the decision, Your Majesty. I don’t think I can come up with a great plan with limited data,” The female zombie shook her head.

”Then I will give you more data,” The purple-skinned zombie smiled, “Based on the human I devoured, the Tang Empire is where the strongest human gathered. They are the strongest group on Earth.”

The female zombie fell silent for a moment even though she already had the plan formed in her head. However, if she outright said it out loud, she knew The Emperor would not like it. She needed to phrase it carefully, or else she could lose the Emperor’s favor.

”If that’s the case, I suggest Your Majesty make a tactical retreat. We retreat from the city and keep growing our armies until we are strong enough to fight the Tang Empire unless…” The female zombie paused.

”Unless what?” The Emperor asked.

”Unless you are willing to sacrifice one or two Generals to test the water, Your Majesty.”