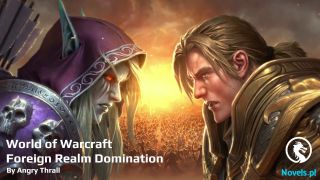 Zhang Mengyao paused for a moment, considering the idea. There was one problem with that, they did not have enough System Contracts ready for these people. Drafting more contracts right now was not worth the time because they wanted to move quickly, catching the rebel army and the Athilia Kingdom off guard. If she wasted too much time only to acquire less than twenty thousand armies, the rebel army, and the Athilia Kingdom might find out about them.

But there was a dilemma deep inside her. She wanted to acquire the additional force and used these people as the frontline. That way, she could reduce the casualties from the Tarrior. The past trauma haunted her again, making her hesitate to make the decision.

”There’s no need for them all to sign the contract, no? We just need the leaders to sign the contracts, and those forces will follow the leader,” Wei Xi overheard the conversation and understood the issue of taking too many people under their wings. “Who are those four people?” He turned toward Alvarina.

”The one that Legion Commander Moonsong just defeated is the Stanion Family’s head, Emilio Stanion. He is also Lady Melina’s older brother. The old man is the famous commander from the Gienas Kingdom, Iain Monterlo, and the other two young men are Emilio’s first and second son.”

Alvarina did not hesitate to tell the identity, not because she was a slave, but to save Melina’s relatives. Those four were held a high status and were also the commander of the reinforcement.

”I think the plan can work since they are the commander and also the family head; what do you think, Supreme General?” Wei Xi asked.

She was afraid of making the decision as she was afraid that her decision would lead more people to their demise, ‘But I have to be decisive, or these people will trick me again just like what Queen Melina did to me, taking advantage of my decisiveness.’

Zhang Mengyao took a deep breath and nodded, “Let’s try it then. It seems Marshal Alton has the same thoughts as you; they have captured them all,”

Wei Xi turned around and saw the reinforcement army approaching the city wall. They threw their weapons and approached the wall with their hands in the air, indicating they had surrendered.

”Hah… Hah… Hah…” Melina ran with all her might, following Alvarina. She had heard everything from her former protector and hurried up to meet her brother.

”We have arrived, Lady Melina,” Alvarina told her as they arrived in the house that was guarded tightly by the Tang Empire’s forces.

”Supreme General has been waiting for you inside. You can come alone,” Revalor was the person in charge of guarding the house alongside his second son, Arbane.

Melina nodded, and Arbane opened the door for her. She entered the room, which turned out to be just a normal living room. On a wooden table with ten chairs, Zhang Mengyao was sitting alone while five people sat across from her.

The Queen was relieved at first because this was not a torture room. However, it was just a relief before the horror. As she glanced at the five people, her complexion instantly paled. While her eldest nephew and niece only suffered minor injuries, the other three were not intact anymore.

The famous Iain lost his left hand, her elder nephew lost his right hand, and her older brother lost all his limbs. Her chest heaved up and down at the sight of her older brother. Various thoughts crossed her mind, and she kept blaming herself for this to happen. If she did not play a petty trick against the Tang Empire, her older brother did not have to experience this.

Tears fell from her eyes as she rushed toward her older brother, but her steps froze when Zhang Mengyao’s gaze fell on her, “I am not calling you here so you can have a touching reunion with your older brother, Melina. Convince them to work under the Tang Empire, or this will be the last day you see them alive.”

”Then die!” Zhang Mengyao took out the lance and pierced Iain’s chest. The lance pierced through from the chest to the back.

Iain Monterlo’s eyes widened in shock, his hands held the lance, but it did not budge. The decisiveness shown by Zhang Mengyao shocked everyone in the room, including Melina.

Carina let out a cry and fell from the chair as Melina fell on her butts as well.

’Be decisive, Zhang Mengyao! Don’t take a big risk that will lead your people to their death. Don’t hesitate; this is for the Tang Empire!’ While Zhang Mengyao put up an expressionless exterior, deep inside, she was conflicted.

She did not want to kill Iain to absorb the cavalry into the Tang Empire, making them the frontline for the upcoming battle. That way, she was putting the Tarrior at less risk on the battlefield. That was an ideal plan, but she was afraid that Iain and his force would betray her later. If five thousand people betrayed them in the battle, more Tarriors would die in the battle because she was too soft.

That was just one of many possibilities, but she was too afraid to take the risk, leading her to kill Iain Monterlo as soon as the man declared his undying loyalty to the Gienas Kingdom.

”Are you here, Lu An?” Zhang Mengyao pulled the lance and spoke.

”Yes,” Lu An came out of Zhang Mengyao’s shadow.

”Kill all soldiers from the Dragon Cavalry!”