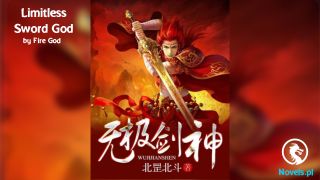 After the meeting, Wei Xi left together with Marshal Alton. They would do the preparation for the incoming battle. Meanwhile, Zhang Mengyao and Elinova headed to meet the representatives of the locals.

Zhang Mengyao could see that the three were surprised that a woman was the commander of the Empire. She was not offended by that as she motioned them to take a seat.

The three just put their butts on the seat, but they immediately stood up again. The three representatives bowed their heads toward Zhang Mengyao, “We thank the Supreme General and the Tang Empire for helping the citizens of the Harnian City. We don’t know how to repay your kindness to free the citizens of Harnian from hell.”

The three representatives sincerely thanked Zhang Mengyao. Even though they knew that the Tang Empire had a selfish motive, they were still grateful for that.

”There’s no need to thank me, just like what the Vice Supreme General said in his speech. We came to take over the Athilia Kingdom, and we are coincidentally saving you all from the rebel army,” Zhang Mengyao put up a facade while deep inside, she was smiling as she started to reap the fruit from the public execution.

”Regardless of your reasons, The Tang Empire is still our savior. The savior of the Harnian people. Not just you save us from the rebel army, you also hold the public execution to punish the trash of the rebel army,” The male representative in the middle went on.

”It’s just that we can’t accept what those rebels did to innocent citizens. Everyone will do the same,”

”No! The Athilia Kingdom is not the same! Instead of helping us from the rebel army, they pull their army from the city to fortify the capital from the rebel army even though the capital already has a large army protecting the King,” The male representative burst out in one go, telling what happened on the first day of rebellion.

He stopped because the other representatives nudged him on the waist, “I am sorry. I don’t mean to vent my frustration in front of you.”

”It’s fine,” Zhang Mengyao shook her head, “So, I heard from Elin that you have something to say to me. Do you need something from us? We will do our best to help the citizens of Harnian.”

The three representatives shook their heads at the same time, “No. The fact that the Tang Empire treated the injured for us and also cooked us a meal is more than enough for us. We are grateful that The Tang Empire is willing to feed useless people like us. We come to offer our help!”

”Help?” Zhang Mengyao was flabbergasted to hear that. Then she looked at Elinova, but the latter shrugged as she also knew nothing.

”Yes. We saw that you are putting more people to defend the eastern gate. We know forces are coming from the east, and we are offering ourselves to help the soldiers to defend the city. Just give us anything, broken swords or even stones; we will help The Tang Empire to defend the city!” The representative said that with a resolute tone. The other two also looked serious.

These people were in the process of recovering from their trauma and wound, yet they braced themselves to help the Tang Empire in the battle. She was amazed.

’Our effort to build the platform and hold the public execution is not wasted. We win their hearts, I think,’ Zhang Mengyao thought to herself.

The Supreme Commander shook her head and smiled, “I am grateful that the Harnian citizens want to help us, but we will hold our promise. We will protect Harnian citizens from any danger, not putting you all in danger like a battlefield.”

”But…” The representative in the middle was about to convince Zhang Mengyao, but the Supreme Commander shook her head and raised her hand, “There’s no but. If you really want to help us, then can you assign your people to our cook team? They have been working hard, not just to feed the citizens but also the soldiers. We will be grateful if the citizens want to help the cook team who is having a hard time.”

Zhang Mengyao winked at Elinova secretly as the three representatives looked at each other. She had not heard the report that the cook team had a hard time, but she knew that she needed to put the locals to do something so they did not feel burdened for what the Tang Empire had done to them. Including the locals in the Tang Empire’s activity would make them feel like they were part of the Tang Empire as well. This was the integration process to form a bond between the locals and the Tang Empire.

Elinova nodded, “That’s true. My team has been working since early in the morning to prepare the food, and we lack manpower as we have to cook for lunch and dinner too. It will be a great help if the citizens can help us in the cooking team.”

The three representatives stood up from the seat and placed their hands on their chests, “Leave it to us. We will gather the people who can cook to help the cooking team.”

”Mnn, but don’t force the people who are still recovering from their injuries to help the cook team, understand?” Zhang Mengyao reminded the three representatives as they were overly excited.

”Good, now you can leave. If you have gathered the people, you can directly report to her. She is the one in charge of the cook team,”