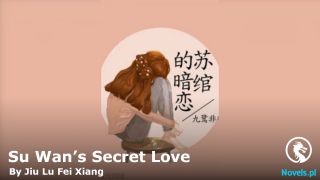 The hundred bags of stones disappeared within a few minutes. Not even five minutes since the first person threw the stone, all the stones were mostly on the platform. The people tried to pick more stones around the platform and threw them again at the four rebel army leaders.

Scratch after scratch from the stones, the four leaders’ faces were covered in blood from the scratches, making them look unrecognizable. After ten minutes, people stopped looking for more stones as they started shouting.

”Execute! Execute! Execute! Execute!” It started with one person, and in the next moment, thousands of people shouted simultaneously. The shout filled the atmosphere and shook the city with the shout. Not just people in the area, the people all over the city also started to chant together.

The shout echoed through the city, and it lasted for two minutes before four people came up to the platform. Only then did the people stop chanting, watching the four figures with a spear. The executors had a spear instead of battle-ax this time, and all of them stood behind the four leaders.

The four executors raised their spears at the same level and thrust them toward the four leaders’ back, piercing through to the front. The four leaders did not die immediately as they whimpered and struggled on the pole, but they could not do anything about it without their hands.

The four leaders struggled on the pole, and the citizens did not blink their eyes as they savored the scene where the four leaders experienced the pain. A little over two minutes later, one of the leaders died. He stopped moving with his head drooped.

A few moments later, another followed as his head drooped. Five minutes later, the fourth leader died. The atmosphere quietened for like seven seconds before the civilians started to cheer upon the death of the four leaders. The cheer spread out of the city as they were satisfied that the rebel army got what they deserved from their atrocity.

Queen Melina hid between the crowds, wearing a cloak to cover her face and hair. She blended within the crowd, but she did not join in cheering. She was observing the citizen’s condition. Despite the cheer and the contentment on these people’s faces, there was a clear issue on them.

They looked like they had not eaten for days, with pale complexion, the dried lips, and their cheeks obviously thinned out. Despite all of that, it did not stop them from cheering up after the four leaders died. Looking at their conditions, she felt like she had failed as the monarch of the kingdom.

It had been two weeks since the rebellion started, and she did not think the citizens would go through such hardships. She had heard what the rebel army did to the women in the city as well, and it just added guilt to her heart. She lowered her head in shame and slipped away from the cheering crowd.

”We need to prepare food for them! They look like they have not eaten for days,” As soon as Queen Melina returned to the main mansion and met with Zhang Mengyao, she urged the Supreme Commander to prepare the food.

”We know what we need to do,” Zhang Mengyao responded with a dismissive tone.

”The people need food! They need you all so they can survive this ordeal!” Queen Melina raised her voice to voice her genuine concern for her people.

The response was a cold glare from The Supreme Commander, “Act to your status, Melina! You may be a Queen of the Athilia Kingdom, but you are also my slave! Act fit to your status.”

After that, Zhang Mengyao looked at Alvarina, “Can you bring your spoiled Queen out of my room? Get her away for at least three days. I don’t want to hurt the Queen because I have some uses for her later. Make sure no one hurts her.”

”Yes, Master,” Alvarina adapted to her new status pretty quickly. The discipline from the knighthood helped her to adapt to almost every situation. She guided Melina out of the room.

After The Queen left the room, Lu An appeared from the shadows, sitting across from Zhang Mengyao, “I have come back from my journey, Sister Mengyao.”

”Mnn, so what do you have for me?” Zhang Mengyao massaged the space between her eyes. The shock from the rebel army’s atrocity stressed her a little bit. However, it was not the time for them to take a break. They had to use this chance to catch the rebel army off guard.

”I have secured the path to the next city where the rebel army is. It’s quite hard to bring all our forces without being unnoticed, so we need a new plan to take over Polaron City,” Lu An told in detail what he found during his duty to scout the way to Polaron, their next target.

”We will discuss the issue with Marshal Alton. I think he has more experience than us for a big war like this,” Zhang Mengyao admitted her shortcoming in planning, so she had to listen to everyone’s opinion for the next attack. The next attack would not be easier than taking over the Harnian City.

”What about our backs? We have started the war, and we will make this city our operation base. We have to secure our back from the Stanion Family before the next attack.”