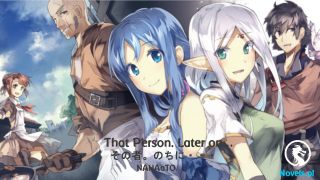 Zhang Mengyao put her hand on the boy’s head, ensuring the boy would not see this scene again. The woman’s genitals was torn, and the wound was still fresh. From that, she could tell that the woman died while being raped, and she was not sure how many days the knight raped the woman. But it did not stop there; the woman’s other hole was in a more terrible state. The other hole was plugged by the wood as big as her hand; blood still dripped from it into the wood. Another sign was that the wood was pushed into the woman’s other hole recently.

She just could not understand why the knights did this to the woman. If they wanted the pleasure of having sex, raping the woman should be enough, but why do they have to do this as well? Why would they torture her too? There was no justification for them to do this even if they were in the war to overturn the throne. The fact these knights raped the civilians was f*cked up already, and added with the inhuman torture was just unforgivable. She could not see giving these knights a second chance, even as a slave.

Zhang Mengyao was putting herself in the woman’s position. What if she was in the woman’s position? She just could not imagine the pain this woman had gone through to endure all of this. This angered her even though she did not know the woman in front of her. The anger stemmed from the fact that she was also a woman. Her chest heaved up and down repeatedly.

Zhang Mengyao pulled the blanket and covered the woman’s body. After that, she handed the sleeping boy to Alvarina, “Bring the boy outside!”

Alvarina obeyed the command without asking. She had seen the Supreme Commander making that kind of expression. It was the time before Zhang Mengyao ripped Queen Melina’s hand. She bowed and brought the boy outside of the house.

”There might be worse things than this one. Are you sure you want to follow me?” Zhang Mengyao asked Kang Xue.

”Have you forgotten my job before the Game? I am a doctor, and I can endure this better than you, actually. Even if you are in the army, you’ve never been in the war, haven’t you?”

Kang Xue indicated that she could bear the scene better than Zhang Mengyao. It was not that she enjoyed seeing the dead body, but she was here just in case Zhang Mengyao needed her.

Zhang Mengyao nodded and headed to the third floor. They did not find anything on the third floor, “Where’s the father?” She was looking for the boy’s father. The best thing she could do for the boy was to give his parents better funerals for him to see them for the last time.

”They don’t have an attic, then maybe the underground room?” Kang Xue made a guess.

Both came down to the first floor and looked for the underground room, and they found a stair to the basement floor. Zhang Mengyao did not hesitate to come down as Kang Xue followed closely behind her. Before they reached the basement floor, they smelled a rotten smell. They followed the rotten smell that led them to a locked door.

Zhang Mengyao placed her palm on the door and pushed it with her strength. The door broke easily, and as the door fell off, they saw a body hanging up in the middle of the room. The body hung upside-down, stark naked, and without a doubt, the body was the father of the boy.

There was a line of dried blood from his crotch down to the neck and face. The man lost his manhood; as if it was not enough, they dug out the man’s eyeballs too. Of course, the body was in a horrible state with many cuts, and the man had lost all the skin on his left foot.

Zhang Mengyao looked away from the body. She came out of the room and threw up everything she ate. Kang Xue came next to her and channeled the Light Elemental Power. It eased Zhang Mengyao’s nausea, and she did not stay long in the basement as she ran back to the first floor. She thought Tang Shaoyang was cruel enough with his torture, but there were always crazier people outside there.

She did not stay long in the house, but she marked the house to remember to retrieve the body after they took over the city. Alvarina was standing next to the door with the boy still sleeping in her embrace. Zhang Mengyao took a deep breath and changed her focus to the three knights in front of the house. She squatted next to the two knights in front of the door, “Was it you who killed the woman and the man inside?” Her voice was calm despite the chilling gaze in her eyes.

One of the knights seemed so scared and immediately confessed, “It’s not just me, but all of us. We slept with the woman in turn for three days, and we were the last in line!”

”Stupid! What are you doing!?” The other knight called out his friend from confessing.

”I see,” Zhang Mengyao nodded and said in a low voice, “This is the first time having a desire to kill and torture someone…”

”Bring the boy back to the camp, now!” Alvarina rushed back out of the city with the boy in her embrace. She knew what Zhang Mengyao wanted to do with the three knights.

Right after Alvarina left, one of the laying down knights stood up and tried to fight back after hearing Zhang Mengyao’s words. However, Zhang Mengyao was just faster than the knight. Her hand reached the knight’s face and slammed the knight down to the ground. She smashed her head onto the floor repeatedly. The knight let out an unclear scream, but Zhang Mengyao did not stop until the last moment.

”I am not done yet,” Zhang Mengyao glanced at Kang Xue, “Heal him! This is not enough for what they have done!”

Kang Xue used her Light Elemental to heal the injured knight. While the blood remained on the ground, the knight was pulled back from the death door. The moment his consciousness returned, Zhang Mengyao raised her right foot and stomped on the knight’s crotch.

”ARRGGGHHHHHH!” The piercing scream rang in the air, but she did not stop. She kept stomping the knight’s crotch repeatedly until a small pool of blood was created on the ground.

The three knights whimpered in pain on the ground as their crotch area was wet from the blood. All the three knights experienced their penis getting stomped by Zhang Mengyao, and for sure, it was something that a man would never want to experience. That was the worst nightmare for every man.

”I think I am broken,” Zhang Mengyao blurted out of nowhere.

”Huh!? What do you mean? They deserve it for what they have done. There’s no need to feel guilty for what you have done to them,” Kang Xue tried to comfort Zhang Mengyao, but she received an unexpected response.

”What are you talking about? I don’t feel bad for them,” Zhang Mengyao looked at Kang Xue as if the latter was crazy, “I think I am broken because this sh*t is giving me satisfaction. I can’t imagine myself satisfied with doing this before, but this one is so refreshing.”

Kang Xue was stunned for a moment as she did not know how to respond. It was surely weird to feel satisfied from doing this, and ‘She might be broken,’ The head of the Healer Division thought to herself.

Zhang Mengyao shrugged and was about to take the lance. She intended to cut the three knight’s limps, but she changed the method. She did not take the weapon and reached the nearest knight to grab.

Kang Xue knew what Zhang Mengyao wanted to do and shook her head. But then, she did not bother to stop her sister as she remembered what the husband and wife had gone through. The Supreme General tore the knight’s limps, and their screams echoed in the air. As usual, her job was to ensure the knights did not die. Zhang Mengyao did not just want the knights to experience the pain but the humiliation as well.

It was supposed to take a few minutes of walking to reach the central command of the rebel army in Harnian City, but Zhang Mengyao took her time and spent fifteen minutes before arriving in front of the luxurious main gate of a big mansion.

Wei Xi looked at the three limbless knights behind Zhang Mengyao and Kang Xue. Looking at Zhang Mengyao’s upset expression, he glanced at Kang Xue. The latter shook her head, indicating not to say anything. The smart Vice Supreme Commander heeded the warning and chose to ignore the situation before reporting the status.

”A large group tried to escape from the city, but we managed to stop them. No gate was breached after we took control of it. The rebel army will not notice that we have taken over Harnian City for a few days, at least,” If the rebel army did not send a report periodically, the main force of the rebel army would notice this. They only had a few days to catch the rebel army by surprise.

Also, thanks to their precaution to take over the other three main gates, they managed to contain the rebel army in the city. Just like that, the battle to take over Harnian City was officially over. The Tang Empire had taken Harnian City within a single night attack.

”What about the rebel army’s leader in this city? Did you capture them alive?” Zhang Mengyao nodded.

”Actually, Lady Aleesa and Lady Sylvia told me not to enter the mansion after we captured it. The rebel army’s leaders should be alive, but they seem to be upset with those leaders for some reason,” Wei Xi said in a low voice.

The subordinates reflected what kind of person the leader was. There was no need for her to enter the mansion to find what the rebel army’s leaders did as she had guessed it already, “Take all the rebel armies into the cell. We will execute them tomorrow.”

”What? We will execute the rebel army?” Wei Xi was surprised to hear the command. He thought they applied their usual method, accepting the surrendered enemies and turning themselves into war slaves. What surprised him more was the fact that the command came from Zhang Mengyao herself, not Tang Shaoyang.

”Yes. They don’t deserve a second chance,” Zhang Mengyao nodded and proceeded into the mansion, leaving Wei Xi outside.

Once Zhang Mengyao and Kang Xue entered the mansion, they saw a lot of women covering themselves with the blanket. The women cowered in fear at the corner of the room, but these women were more fortunate than the woman she found. Looking at these people, she guessed it right. The leaders of the rebel army took the women and used them as sex slaves.