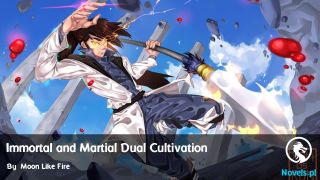 The deal was that the Tang Empire helped the Athilia Kingdom to take back one city from the rebel army, then the Queen would be the mediator so they could meet the King. With the deal, Queen Melina should lead them to the city that was close to The King’s armies instead of the furthest city from the King’s armies. However, Queen Melina took advantage of Zhang Mengyao’s ignorance of the geographic location of the Athilia Kingdom to take back Harnian City. Obviously, The Queen was playing tricks on them as she showed the map at the last moment like this.

Zhang Mengyao massaged the space between her eyes and glanced at Queen Melina. Meeting with her chilling gaze, Melina flinched slightly. This was the first time Zhang Mengyao showed that kind of expression. Zhang Mengyao did not make such an expression even when she threatened Melina.

The Queen immediately regretted listening to Alvarina’s advice. That was right; the idea of leading this force to Harnian was Alvarina’s, The Queen’s personal protector. These people could cancel the deal or even give her to the rebel army and leave afterward. The Queen started thinking of the worst situation that could happen to her.

Queen Melina gripped her dress tightly as the worst came true. The Queen kept glancing at Alvarina next to her, blaming her personal guard for convincing her to make such a decision.

”You don’t want to make the Gienas Kingdom and the Athilia Kingdom your enemy, believe me!” Alvarina stood in front of Queen. She confronted Zhang Mengyao and the others without fear, “Isn’t that the reason why you offer us a deal, not to make the Athilia your enemy? Helping the kingdom quell the rebellion will even out the fact that you tried to kidnap the Queen.”

Instead of getting angry, Zhang Mengyao let out a chuckle, but her eyes were hollow of emotion, “Thank you for convincing me to take an extreme measure. If a mere Queen’s personal bodyguard is this arrogant, I can imagine that the King will be even more pain in the ass.” She crossed her hands, placed her elbows on the table, and looked toward the arrogant guard, “Since you don’t want us to treat you and your kingdom as an equal ally, we will make you all be The Tang Empire’s slave. We will start with you. Alvarina, is it?”

Zhang Mengyao did not command anyone, but Marshal Alton, Legion Commander Moonsong, and Revalor immediately moved. The three individuals surrounded the Queen and her personal bodyguard. There were two more knights, but they were outside the tent.

As the three men surrounded them, a streak of light passed through. Kang Xue appeared next to Alvarina and caught her off guard. Kang Xue kicked Alvarina in the side of the stomach, sending her flying to the side. Of course, the kick was nothing to Alvarina, but by the time she recovered from the kick, she saw Kang Xue punch The Queen in the stomach, causing her to kneel down.

Kang Xue then held the Queen by the neck and turned toward Alvarina, “If you don’t want to lose the Queen, you better follow everything that I say!”

The Queen struggled. While The Queen was not an Epic Rank, she was still level 631, stronger than ordinary citizens but not strong enough to fight Kang Xue. Her face turned red, and Alvarina could only look at the Queen being strangled. All of this was out of her expectation. She thought they treated them well after knowing Melina’s identity and did not want to make an enemy out of the Athilia Kingdom. But she was clearly wrong with her assumption; these people did not care about the Athilia Kingdom.

Zhang Mengyao stood up and approached the Queen and Kang Xue, “That’s not how you threaten an obstinate bitch, Kang Xue.” She pulled the Queen’s hand and tore it apart.

”ARGHHHHHHH—” Queen Melina let out a scream and fainted right after that.

Alvarina’s eyes widened in shock as she could not believe the opposite party would do that to the Queen. The Queen lost her left hand as blood flowed out from the missing part. However, Zhang Mengyao did not stop there as she took the Queen from Kang Xue’s hand, laying Melina down on the ground. She held the Queen’s right hand with her right foot on the Queen’s stomach.

”Will you become my slave?” Alvarina snapped out of her shock when those words entered her ears. Without a doubt, the Queen’s remaining hand would be ripped apart if she did not give the answer Zhang Mengyao wanted from her. She then heard scuffling from outside. That must be her subordinates who got taken care of.

Alvarina opened her mouth, but the words did not come out. She was not willing to be enslaved. The famous Slayer of Athilia did not want to lower herself to be enslaved, but if she did not become a slave, the person she was supposed to protect would die horribly.

Zhang Mengyao started to pull the remaining hand, “No, don’t! I will become your slave! Don’t kill Queen Melina!” Alvarina threw her long sword aside and knelt.

Her mind went blank while blaming herself for this to happen deep inside. She thought these people would not dare to do anything to them, especially after making a fatal mistake such as letting Carina Stanion and her knight leave. On top of that, with their identity, there should be no people who dare to touch the Queen, let alone tear her hand apart. Everything before her was not logical to her train of thoughts.

”I will get Selena and Arina,” Kang Xue left the tent while shaking her head. What The Queen did was almost stupid, but she could understand the way of their thinking. It was just hard to believe that a hundred thousand people were to challenge the kingdom that had more armies. If it was the other, then it made sense, but not with the Tang Empire.

”Don’t ask anything, but just do your job,” That was what Kang Xue told Selena before they entered the tent. Selena looked at the unconscious queen and the kneeling down knight, then she looked at Zhang Mengyao’s expression. Selena quickly understood what Kang Xue talked about. While she was curious about what happened, she did not ask.

Alvarina followed what Selena said, word by word. Zhang Mengyao and Alvarina glowed in bright light, indicating both were bound by an oath, or more like Alvarina bound to Zhang Mengyao. The Queen’s protector no longer had the freedom after the oath.

Looking at the regenerating arm, Alvarina was relieved for some reason. She lost her freedom, but she managed to recover the Queen’s hand as well. That reduced the guilt she had for the Queen, for sure.