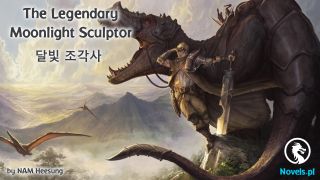 King Braanz slammed the armrest and stood up from the throne. His eyes widened in surprise as he stared at Hines Myers, “You are not lying to me, right?” The King’s voice deepened, indicating the seriousness behind his words.

”We are not lying, Your Majesty. All the factions from my world have been fighting against this oppressive group of players. The reason we come here is not just to warn you but also ask your help to fight them before they come for you and your kingdom, Your Majesty,” Hines Myers shook his head while making a sad expression.

”If you can prove to me that you are not part of this world, then I will believe you,” King Braanz changed his stance and motioned the guards to pull back their weapons. He gave Hines Myers, Collin Morton, and Scot Moran to prove to him that they were players.

Hines Myers made a troubled expression when The King asked him the proof that he was the foreign player. The only way to prove it was to show his window status, which would state his faction. Showing his window status would reveal his identity to the king that he was not part of the other kingdoms.

”We will show you our window status, but I have to apologize that we can’t show you everything,” The World Union’s Leader made the decision for the other two as well. Krishan Adwani of the Shiva Federation and Scot Moran of the Blue Vest Guild was surprised and angry that Hines Myers did not consult it first with them.

Hines Myers turned his head to the two leaders and spoke without sound, telling the two to follow his plan silently. Clearly, Krishan’s and Scot’s reactions satisfied the King. Their reaction was to tell the King that was showing the window status was never their plan.

The three came closer to the King and showed their window status. Of course, they just showed the profile one where the King could see the affiliation and their rank. They did not show the stats and also the skills. They were stupid to show that to the King.

The King looked at the window status in silence, ‘World Union? Shiva Federation? Blue Vest Guild?’ He had never heard of these three names before. The window status showed that the three were the respective leader of this faction, so they were not lying with all those stories. Even so, King Braanz did not trust Hines Myers completely even after showing the window status.

King Braanz motioned the three leaders to return to their seats, “We will consider your good intention of warning us of the incoming threat, but This King needs to discuss things with my people. Can you wait for a few days for our answer? If you are worried about the other human kingdoms. This King will inform them about the potential threat, so you can stay and relax in my castle as the honored guests of the Bharuskh Kingdom.”

Hines Myers maintained his composure while deep inside, he beamed in happiness because his plan worked. He managed to pit the inhabitants against the Tang Empire, not just one kingdom but the other kingdoms as well.

After the three leaders left the throne hall, a figure appeared next to the throne as the King leaned his back against the throne, “I don’t think the story is true, but the time has come.” King Braanz muttered in a low voice.

”Are they really the players from outside the tower, Your Highness? Did you confirm it?” The figure in full red plate armor spoke in a respectful tone.

”Have you heard of the World Union? Shiva Federation? The Blue Vest Guild? You should already know that this damn tower did not allow us to make a new faction, right?”

The red armor figure did not respond to The King’s words. After a momentary silence, the figure spoke once more, “So, what should we do, Your Highness? Should we help them to clear the second floor just like what Our Ancestor told us to?”

The King closed his eyes and leaned his head back. The Nahom Family had a sacred ground where only the King, his successor, and his trusted aide could enter. There was nothing precious but a mural left behind the Bharuskh Kingdom’s founder, the first King of the Bharuskh Kingdom. Everything was written on the Mural, from where they were and how they were trapped in the dimensional tower.

The first time King Braanz saw the Mural, he laughed at it, thinking it was a joke from his ancestor. However, he did not expect that the players truly came in his era. He could work together with the other eleven kingdoms and hinder the players from clearing the dimensional tower. That way, they would not become dependent on the players, but it was a different story when the Myth Rank Dragon was involved.

”I don’t think hindering the players from clearing the dimensional tower is the best plan for us. That will only benefit the people on the third floor and above while we bleed and sacrificed for them. There’s no point in going out of the tower if we lose too many people because we will just become the other forces’ prey when we get outside,” King Braanz opened his eyes and looked at the ceiling.

”The best choice is to look at the faction with the Myth Rank Dragon and ally with them if possible. We will lose a lot to taking down that dragon even if we work together with the other kingdoms. I don’t think it’s worth the sacrifice, and the dragon is an assurance that the faction can clear the third floor and above. Remember, it’s two dragons, not just one,” King Braanz wondered how that one particular faction had a dragon as he spoke.

”The first issue is, what should we do to the World Union, Shiva Federation, and the Blue Vest Guild? Clearly, they are the enemy of the faction with the dragon,” The figure showed the first issue to the king, “Second, those three told you that the faction with a dragon is a tyrannical faction. Do you think they want to work together with us, Your Highness?”

”We will make the decision later, Hammal. First, we will inform the other three kingdoms that the players have entered the tower. We will inform them to find the faction with the dragon. Second, you can’t just trust what Hines Myers told us, Hammal. They will exaggerate everything because they are the enemy. We will meet with this Tang Empire and judge ourselves if they are worthy of working together or not. Third, we have the third option, remain as a neutral party. We will help all the players to conquer the second floor, but we will not take any side but the winner,” King Braanz smiled cunningly.