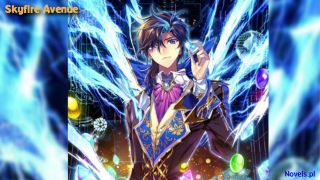 Carina Stanion looked at her surroundings with a shocking expression on her face. Her family managed this territory, yet they were not aware of such a big force hiding here. The third young lady of the Stanion Family realized that this force was a big threat to the Stanion Family, but she did not know what to do at this moment.

”Where are we going, Mommy?” The little girl held the lady in a red dress tightly. Her eyes darted around the forest. Fear could be seen in her eyes, but she endured the situation well, holding her cry.

She pressed her daughter’s face onto her chest, so she could not see the other people. However, she did not know that her high-tempo heartbeat only made her daughter get more uneasy.

”Only these two ladies and the little one can enter the building! Everyone else stays outside, including you two,” Revalor pointed at the three protectors of the two ladies and added with a threatening tone, “We are kind enough to let you guys keep your weapon, so don’t try to haggle with this.”

Alvarina nodded and motioned the two female knights to stay close to her, “But we will stay here.”

Carina Stanion entered the building with her aunt and niece. Even inside the building, the leader of these people did not take off their helmets. She immediately became aware that these people were trying to hide their identities from her.

It was a lie if Carina was not nervous about the situation, but she faced the situation calmly, “Are you targeting my aunt? Do those traitors hire you to catch us?” She tried to take the initiative in the talk to gain more information about this unknown force.

”Rule number one, we are the ones who ask the question, not you. Your job is to answer all our questions in exchange for your and your guard’s lives. Rule number two, only answer what we ask. Rule number three…” Zhang Mengyao paused, “There’s no need for rule number three. Call Selena to hold the oath ceremony. Before we start, we will start an oath ceremony, and if you are lying, you will face the consequence.”

Zhang Mengyao smiled, “You are smarter and more experienced than this girl. Good, I will also take the oath ceremony.”

Selena entered the wooden building and held the ceremony. The content of the oath was that Zhang Mengyao would guarantee their safety, and they must answer all the questions honestly. The consequence of lying was death, but if they lied three times. The punishment for the first lie was a huge jolt of shock, the second lie’s punishment was a lighting strike, and the third lie was death.

”Good, then we will start with the basics. Who’s your full name?” Zhang Mengyao looked toward the lady in a red dress.

”Mnn, what’s your relationship with the Stanion Family?”

”I am Bastian Stanion’s sister.”

Zhang Mengyao did not immediately ask about the King of the second floor or stuff related to the dimensional tower. She dug out Melina Weingartner’s background and found a surprising discovery. The lady with the red dress was actually a Queen of one of the human kingdoms. She was the Queen of The Kingdom of Athilia, but there was a rebellion happening there, so the King sent her back to her family along with their daughter while they quelled the rebellion.

After digging out their background, Zhang Mengyao entered the real topic, but her question was not direct because she was still trying to hide the fact that they were players, “Do you know about the Dimensional Tower?”

Melina furrowed her brow before looking at her niece. The latter shook her head, indicating she did not know anything about the Dimensional Tower, “I never heard of it.” The Queen shook her head, and the oath did not respond to it, meaning Melina was not lying.

”What about players? Have you heard this term before?” Zhang Mengyao changed the question, but she received the same answer. Melina did not know anything about the players, and the oath did not react to her reply, meaning she was telling the truth as well.

”We will take a break for a moment. My people will lead you to your temporary dwelling and prepare food for you and your guards,” Zhang Mengyao dismissed Carina and Melina. Asking the two more questions might reveal their identity that they were not from this world. Yes, these two were thinking that the second floor was their world, not a floor in a humongous tower. It was not wrong to call it a world since the tower had its own world inside.

After Carina and Melina left the building, Zhang Mengyao took off her helmet and leaned back against the chair, “What now? Even a royalty does not know anything about the dimensional tower.” She was not expecting it would be this tricky for the second floor. The first floor was a straightforward game, while the second floor was a mind game. They needed to figure out the King of the second floor.

Wei Xi opened his helmet and was about to say something, but then someone knocked on the door, “Come in.”

Yeon Hee and Viona entered the building without Lu An, “We discovered hundreds of armed forces marching toward us. We are waiting for your instruction, Supreme General Zhang.”

”It’s quite fast for the Stanion Family to notice their third young miss goes missing,” Zhang Mengyao frowned as she did not like where this was going. They got nothing from kidnapping them, yet now the trouble came for them.

”I am afraid they are not the Stanion Family’s force, Supreme General. They have a different flag,” Viona cleared the misinformation. The flag was not the standing lion but the bear’s head with a singular horn.

”I am sorry I overheard your conversation, but the flag you just said belongs to the rebellion army,” Melina entered the building once more and said, but then she saw everyone’s faces.