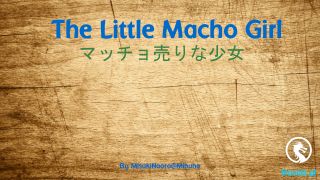 The first thing Gan Shuo did was contact his superior, Legion Commander Cao Yuntai. He reported the situation when he found a captured city. At the same time, he sent a small team to investigate the city wall to find out the city’s defense, how strong it was, and more details about the city.

”How is it, Commander Gan Shuo?” Ma Ping represented everyone who gathered together and asked. Gan Shuo was the only one who could contact the superior through the Communication System.

Gan Shuo shook his head, “I am still waiting for the reply. Sir Cao Yuntai needs to consult the higher-up, but he told me that this might be one of the few survivor establishments in our country.”

At this moment, Zhen Yang returned with nine people to report the situation, “This is weird. There are no people above the wall, and it seems the wall is defenseless.” He came back with a strange report, “I don’t see anyone in the gate and don’t find anyone above the wall. It’s more like an abandoned city.”

Gan Shuo looked at the top wall. Even though his vision was not that clear, he indeed did not see any people above the city. Then the second team returned with the same report, and the third team also came back with the same report. The suspicion grew inside Gan Shuo. It was an abandoned city, or the city was captured by the zombie. He still remembered the zombies that could talk and establish a kingdom, so he was not surprised if a zombie captured a city.

Field Commander Gan Shuo immediately sent an updated report to Cao Yuntai. This time, he got a quick reply from Cao Yuntai. [Where’s your location? Give me the coordinate! I will send you reinforcement to investigate the city.]

Gan Shuo sent the route he took with his people to Cao Yuntai. In the next twenty seconds, he received another reply: [Keep watching the city, but don’t make any movement until the reinforcement arrives! This is an order!]

Cao Yuntai emphasized that it was an order, but even with that, Gan Shuo did not plan to make any movement. He did not want to bring his people into a perilous situation. He closed the Communication System and told his subordinates to wait for reinforcement. Everyone thought the reinforcement would arrive in a while, but the reinforcement arrived in fifteen minutes.

The green-feather beastmen descended from the sky in the middle of the formation. The beastmen’s sudden appearance surprised them, but they were relieved upon the sight of a familiar figure. The one who just descended was Wen, the Jade Eagle, Wen.

”Are you the group asking for the reinforcement?” Wen asked the closest person, but this person was clueless about what he was talking about. The questioned person looked confused, but Gan Shuo came in time, “Yes, it’s our group, Sir Wen.” He ran over to the Jade Eagle beastmen.

Wen turned his head toward Gan Shuo and nodded his head, “Then I will investigate the city from the air, and you guys wait for my signal here. If I give you a signal, that means you can approach the city, but without my signal, you can’t get closer to the city, understand?”

The Jade Eagle nodded and flew off into the city. The Jade Eagle disappeared into the sky in the blink of an eye. He did not tell Gan Shuo what kind of signal and just disappeared like that, leaving Gan Shuo scratching his hair in confusion, “Maybe it’s an obvious signal.” He convinced himself in a low voice.

Sure enough, he received the signal, and the signal was so obvious for him not to notice it. A giant whirling appeared near where the group was camping, and he quickly realized it was the signal from Wen. Gan Shuo got up and led his people to the city wall. They headed toward the city gate, and they met with Wen there. The four-meter-tall gate was opened, and Wen talked with four people there.

”I have done my job here. You take care of the rest,” Wen was about to fly, and he remembered something else, “Ah, I also have sent a message to Cao Yuntai. He said he will send more people to help you to take care of these people.”

That was it; the Jade Eagle did not even bother to tell the real situation inside the city and left Gan Shuo to do the remaining work without knowing what he should do with these people. He wanted to call out, but he did not have the courage to do so since Wen looked in a hurry to leave.

The four people looked toward Gan Shuo and his group, but Gan Shuo focused on the oldest among the four people. The oldest man was standing in the front, indicating he was the leader of the group. That was how Gan Shuo identified the person he needed to speak to find out the situation in the city.

The four men exchanged glances when they heard the last part from Gan Shuo. Field Commander was a weird rank in their mind; the empire was too ancient in this modern era. However, the four people were aware of why Gan Shuo was here, so they did not question those weird things.

”Hello, Sir Gan Shuo. My name is Pu Jiaobai, and I am the Head of the Zhenjiang Community,” The forty-three-year-old man smiled while reaching Gan Shuo’s hand for a handshake.

’Head of Zhenjiang Community? What a weird faction name,’ Gan Shuo thought to himself. He maintained his smile and inquired in a polite tone, “So, can you explain to me the situation inside the city, Sir? How can we help you? As you see, my friend is in a hurry to leave, and he does not tell me anything about the situation.”

”What about if we talk inside? Your friends look tired,” Pu Jiaobai looked at the people behind Gan Shuo. They were sweating because of the hot weather, so he was being considerate to give them a place to rest.

A group of police officers banded together with the soldiers from Zhenjiang’s military post, creating an establishment before finally having the smart base. It looked promising for the survivors until one day, the police officers and the soldiers disappeared in one night. After a week of their disappearance, the survivors in Zhenjiang called themselves Zhenjiang Community. They started to defend themselves from the danger outside the city.