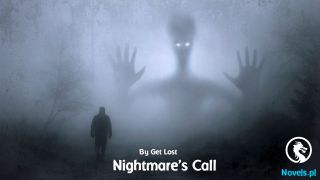 ”Glory for Your Majesty!” The three meters tall zombie shouted those words before he killed the other two. After finishing the three people, the scythe turned back into the flesh wing, and the zombie flew deeper into the territory.

The zombie made a path for one zombie to pass through. That one zombie walked along the path, approaching the smart base. If not for his purple skin, this one looked like a normal person instead of a zombie. His skin color differentiated him from a normal human. The purple-skinned zombie walked in leisurely as if he was walking on the red carpet.

When the purple-skinned zombie arrived in front of the entrance, he stopped for a moment there and said, “So, this is the smart base? If we capture the smart base, then we can produce an upgraded version of the zombies I want?” Clearly, he talked to himself as no one was around him. “I can’t wait to turn this smart base into a Breeding Tower. I want to meet my new lovely children.”

After the monologue, the purple-skinned zombie entered the smart base. His five trusted subordinates were already waiting for him with one human inside the smart base. The human was tied, and his mouth gagged with flesh meat, but the man struggled as tears kept coming out of his eyes.

One zombie was five meters tall; his body was not buffed as he had a similar frame to the human, but a little bit bigger frame. This zombie was topless, but he could transform his skin into black armor. Two zombies were giant hulks, around seven meters tall, with extremely buffed bodies. One slam of his fist might destroy a five-story building. Another one was a zombie that could transform his hands into a weapon he liked. It could be a scythe, sword, spear, or even shield. The last one was a zombie with a pair of bat wings and red skin. Her skin was cracked, and from that crack, she released heat, raising the room’s temperature.

”Is he the leader of this territory?” The purple-skinned zombie asked the female zombie and frowned, “Just one leader? I thought the human system was quite complicated with many leaders in it, but why do you only capture one?”

The female zombie shrugged and threw the hulk-like zombies under the bus right away, “Ask Nou and Shong. They just can’t hold back and destroy everything in their face. If not for me coming in time, I might not be able to capture this guy alive,” the female zombie kicked the man.

If Zhang Mengyao, Cao Jingyi, Li Shuang, and Kang Jiayi were here, they would recognize the captured hostage. He was the leader of the Great Wall Party, General Wang Zhengju. The General tried to persuade the Tang Empire to hand over everything.

”But don’t worry, Your Majesty. He is the highest leader of these humans, so he is supposed to have all the information you want,” The female zombie assured the purple-skinned zombie.

At this time, the chunk of meat fell off Wang Zhengju’s mouth, “I will tell you everything you want to know. Please spare my life. I will do anything for you all, but please don’t kill me! I don’t want to die!” He wailed and begged for his life as tears and snot came off. He tried to reach the purple-skinned zombie, but one of the zombies transformed his hand into a long sword and cut Wang Zhengju’s both hands.

”Don’t you dare to touch Your Majesty with your dirty hands, Human!” The zombie warned Wang Zhengju.

The purple-skinned zombie was surprised the man did not even scream after his hands were cut off. The human endured the pain and put his head on the ground, “If your friends survived, I may spare your life and devour your friends instead. Alas, fate speaks otherwise.”

The purple-skinned zombie’s body split into two like a creature opened its mouth. A black tongue came out of it and pulled Wang Zhengju into the mouth.

”NOOOOOOO—” Wang Zhengju’s voice was cut off as the purple-skinned zombie’s body returned to normal. The purple-skinned zombie nodded his head a few times before a frown appeared on his forehead and muttered, “The Tang Empire? There’s a bigger and stronger force than this one? The World Government? I see; we have acquired a lot of targets to eradicate.”

That was right; the purple-skinned zombie acquired Wang Zhengju’s memories by devouring him. That was the purpose why he told his subordinates not to kill the leaders. He was supposed to get more information if his subordinates did not go on a rampage.

The purple-skinned zombie approached the black stele and placed his right hand on it. There was a screen that popped out in front of him.

The purple-skinned zombie chose yes without hesitation, as it was the main purpose of attacking this territory. He wanted more than just information and the smart base to change it to the Breeding Tower to produce his army. The reason he delayed the attack on the Tang Empire was that he wanted to produce more zombie armies. He acquired crucial information from the human he just devoured that the Tang Empire was stronger than the human force he just ran over. For assurance, he delayed the attack.

”Let’s see our new family member,” After he said that, a zombie came out of the gate. The zombie was around four meters tall with countless spikes on its back to the back of its head. The purple-skinned zombie’s forehead formed a frown as he clearly did not like with what he got. However, he did not give up on the new zombie, “Show me your ability!”

The zombie with the spikes curled up, and then it rolled forward. Looking at this, the purple-skinned zombie made a surprised expression with a smile followed afterward. “This is perfect. We can now run over everything!”